Donald Trump’s former director of communications has told Sky News that the president is “a lunatic” who has made the US “poorer, weaker and sicker”.

Anthony Scaramucci, who worked for the White House in 2017, said Mr Trump was not suited to office and he must be defeated in the coming election. 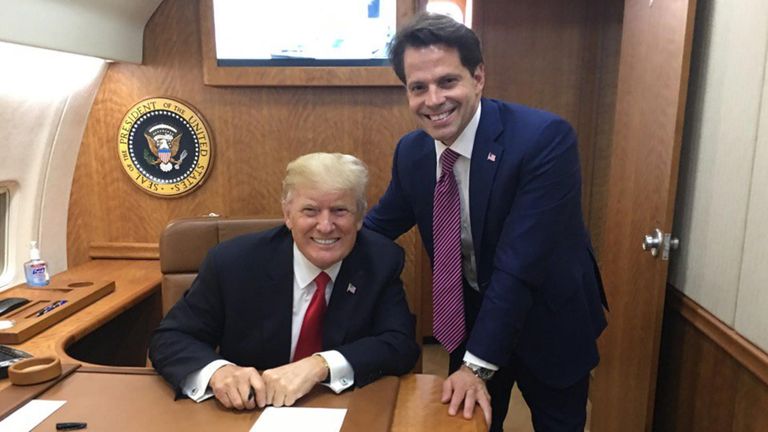 “He’s the successor of Eisenhower, and Roosevelt and Abraham Lincoln – we have a tendency to attach normalcy to someone who is very abnormal.

“I understand that, I did that in the beginning, but no, you can look at this objectively and say the guy is a full-blown lunatic.”

Although the Democrat candidate Joe Biden has enjoyed a comfortable lead over Mr Trump for months, recent polls suggest the gap might be closing in some states.

However, Mr Scaramucci predicted that whilst there remained a core group of Trump supporters who would vote for him come what may, his overall record would see him voted out of office after one term later this autumn.

“You just have to look objectively at what he’s done between the failure of the healthcare crisis, the dismantling of the economy – we’re in the worst recession now since the Great Depression – the bellicosity of his rhetoric, the weakening of our alliances and some of the post-World War Two architecture that has led to such great peace and prosperity, he shouldn’t really be president,” he said.

“We’ve gotta send him to Mar-a-Lago. Ultimately what you find with bullies and cowards like this, you know he’s a keyboard warrior coward, I think he’s going to get humiliated at the polls and I think he’ll leave.”

Mr Scaramucci predicted that recent Black Lives Matter protests and high-profile examples of police racial brutality could be the undoing of Mr Trump in November’s poll.

“There is a lot of racial anxiety in our country,” he said.

“If the African-American community, the Latino community, turn out in high volumes similar to what they did with Barack Obama and they vote for Joe Biden because he’s got about 85% of the community, he will decidedly win the race.

“I think Vice President Biden will be the 46th president.” 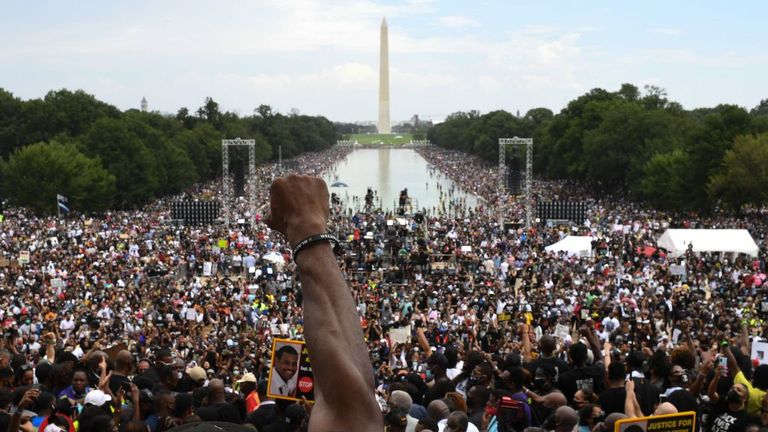 Mr Scaramucci was sacked by Trump after only 11 days in the White House after comments he made about former Trump adviser Steve Bannon were reported in The New Yorker magazine.

But he denied being bitter and said he was initially a very public supporter of Mr Trump.

“I got along with President Trump. He’s not well suited to be the president, so you just have to separate the man from the office of the presidency,” he said.

“Once he started separating women from their children at the borders and putting the children in cages, disavowing our intelligence community, using racial slurs on his Twitter account, it became impossible.

“For two years after my firing, I tried to stay loyal to him and his agenda but loyalty in life is symmetrical – it is not asymmetrical. You can’t stay loyal to lunacy.”

Mr Scaramucci added: “He’s probably the most hated commander-in-chief in the modern era, so he’ll be leaving if he loses and if he doesn’t lose God help us because he’s a very destructive, very dangerous guy.”

Responding to the allegations, Samantha Zager, the Trump campaign’s deputy national press secretary, said Mr Scaramucci was a “disgruntled former employee” who is “desperate for relevancy”.

“The only way he gets it is by baselessly attacking President Trump, and the liberal mainstream media never tires of sources who are willing to attack the president on behalf of their preferred candidate, Joe Biden – even if all Scaramucci does is spew lies,” she said.