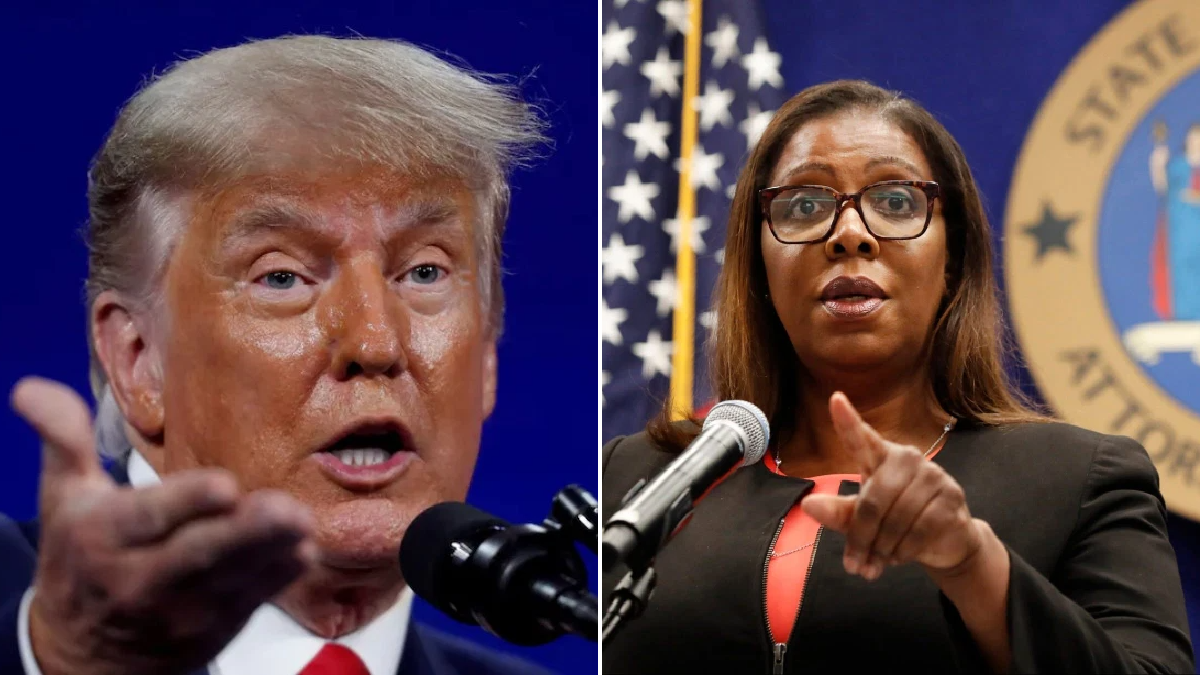 The New York attorney general’s office late Tuesday stated it is joining the Manhattan district attorney on an ongoing criminal fraud probe into the Trump Organization, which has Eric and Trump Jr as executives and employed Ivanka.

For more than a year, the two offices led parallel investigations. The New York attorney general’s probe was a civil one that could have lead to fines or a lawsuit. Meanwhile, Manhattan District Attorney Cyrus Vance Jr’s probe was criminal and could carry charges. The combining of the two signals increased pressure and threats to the ex-president’s real estate company and family.

Eric declined to comment to The Washington Post, but texted the newspaper a video compilation of speeches James made during her 2018 campaign criticizing the 45th president and promising to investigate his business.

‘We’re going to definitely sue him… He’s going to know my name personally,’ James said in one clip. She called him an ‘illegitimate president’ in another video.

Both James and Vance Jr’s investigations have looked into whether the Trump Organization, led by Eric and Trump Jr as their father served in the White House, inflated their assets for generous bank loans and downplayed their property values to obtain tax breaks.

The former president and organization representatives have denied wrongdoing and claim the probes are politically motivated. Both James and Vance Jr are Democrats.