US President Donald Trump returned to the UK earlier this week for a full-blown state visit. Here are five things we learned from his three-day stay.

Trump can be humble

President Trump is a bombast showman. He revels in the spotlight and thrives on outrage.

But he seemed genuinely humbled in the presence of the Queen. 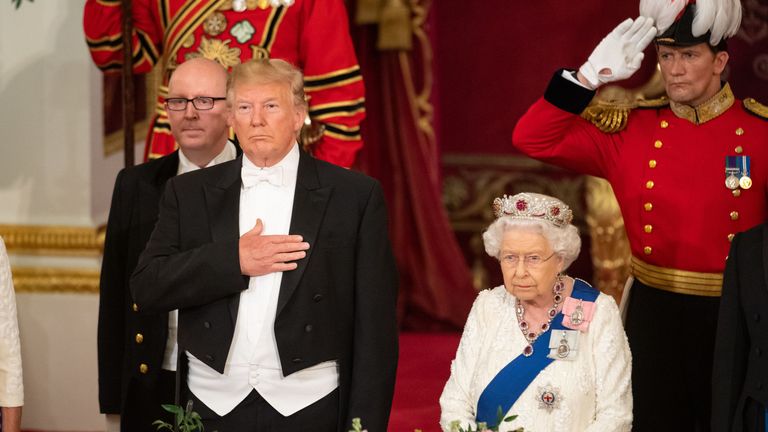 He’s made no secret of course about his penchant for pomp and pageantry. But this went deeper.

He was more attentive, dignified and disciplined than we’ve ever seen him. For once, it wasn’t all about Trump.

The mercurial president has the ability to whip up global indignation at the drop of a tweet.

Britain has been at the sharp end of that. He’s previously criticised Theresa May’s handling of Brexit, accused GCHQ of spying on his election campaign and described Muslim “no go zones” in London. 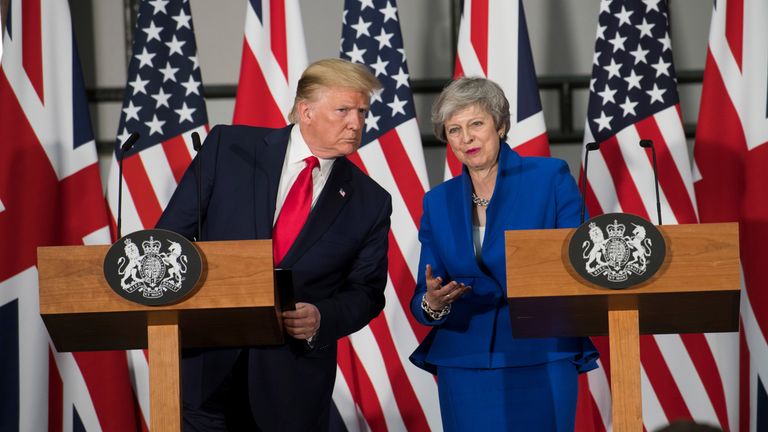 This time, he decided to embark on his much anticipated state visit by calling the city’s mayor as “stone cold loser”, crossing a diplomatic line before he’d even steeped off the plane.

At a press conference he suggested the NHS may be up for grabs in a trade deal and discussed successors to Mrs May as much as the PM herself.

And yet, once Monday’s tweet grenade was fired, he generated comparatively little controversy and graciously praised Mrs May.

Are we becoming numb to the side-show dramas? I don’t think so. 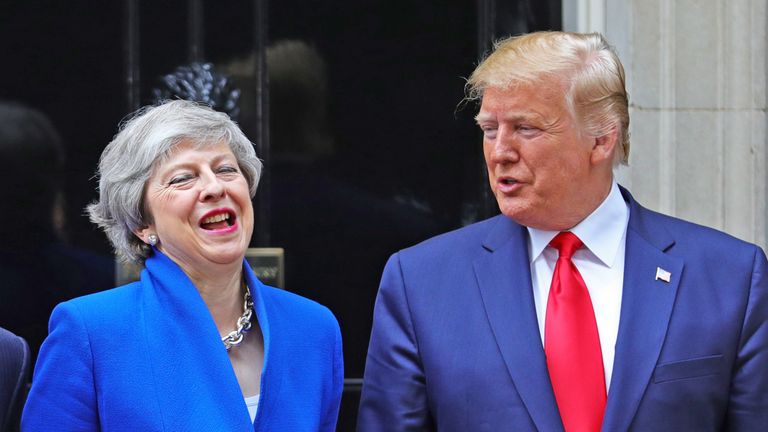 But there’s a predictable arch about the way Mr Trump works and travels that we’ve become accustomed to. The reality of what the freewheeling politician suggests and his actual policies are often poles apart.

The Queen played host to a man few know how to handle.

There were countless mines to step over and sky-high potential for embarrassment. But their three days of events went largely without a hitch.

Of-course Queen Elizabeth is an unblemished professional when it comes to exercising diplomacy and discretion. 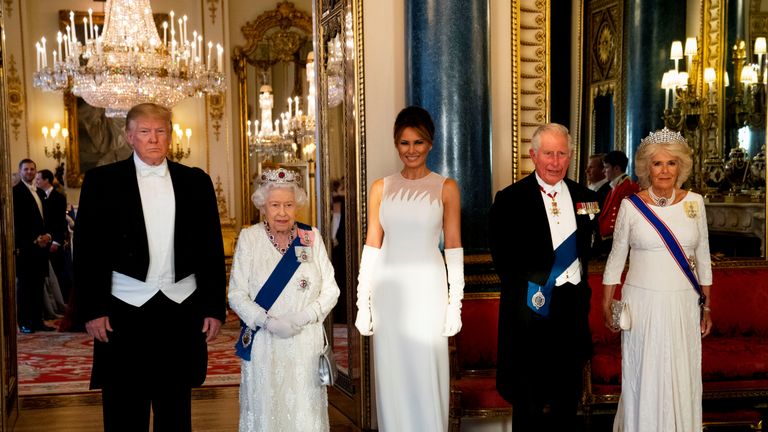 But Mr Trump is a man who will have kept mandarins and courtiers up at night in the run-up. They needn’t have worried.

And the Queen still managed to make a point amidst all the pomp, too. Only she could have got away with using her banquet speech to deliver a firm message about the importance of the post-war international institutions that Mr Trump distrusts.

He wants to pick Britain’s next leader

Gove, Johnson, Hunt. The president had something to say about all of them – even if in Michael Gove’s case he claimed not to remember him.

He did of course sit down with him for an interview but hey, it’s been a busy presidency. The fact is, relationships are everything to Mr Trump.

He rarely passes up the chance to talk with like-minded politicians and he delights in the prospect of playing king maker.

His comments may prove utterly irrelevant to votes, but after a rocky time with Mrs May and a trade deal to negotiate, he clearly wants someone he knows he can do business with.

Trump is on a learning curve

At the joint news conference with Mrs May, Mr Trump appeared unsure about what the NHS was – shortly before suggesting it could be part of a future deal.

He seemed confused about exactly who Jeremy Corbyn was, too. And in Ireland, he appeared to think the prime minister Leo Varadkar wanted a wall along the border. 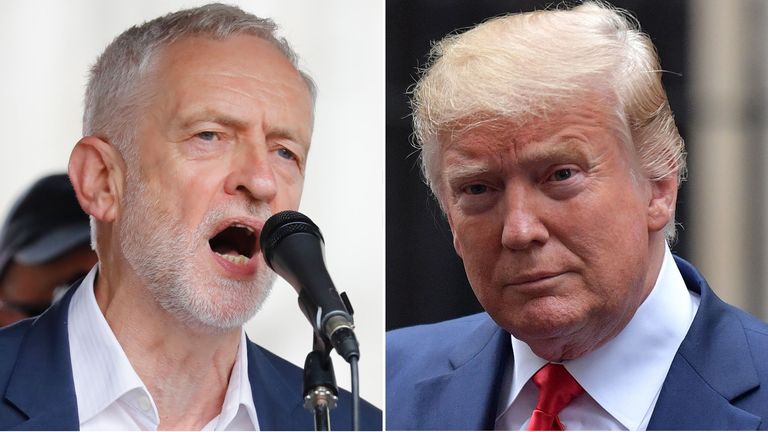 He may be exercised by the issues. He’s got some way to go on the detail.

Alligator Skin, Human Clones and Other Things Being Banned in 2020