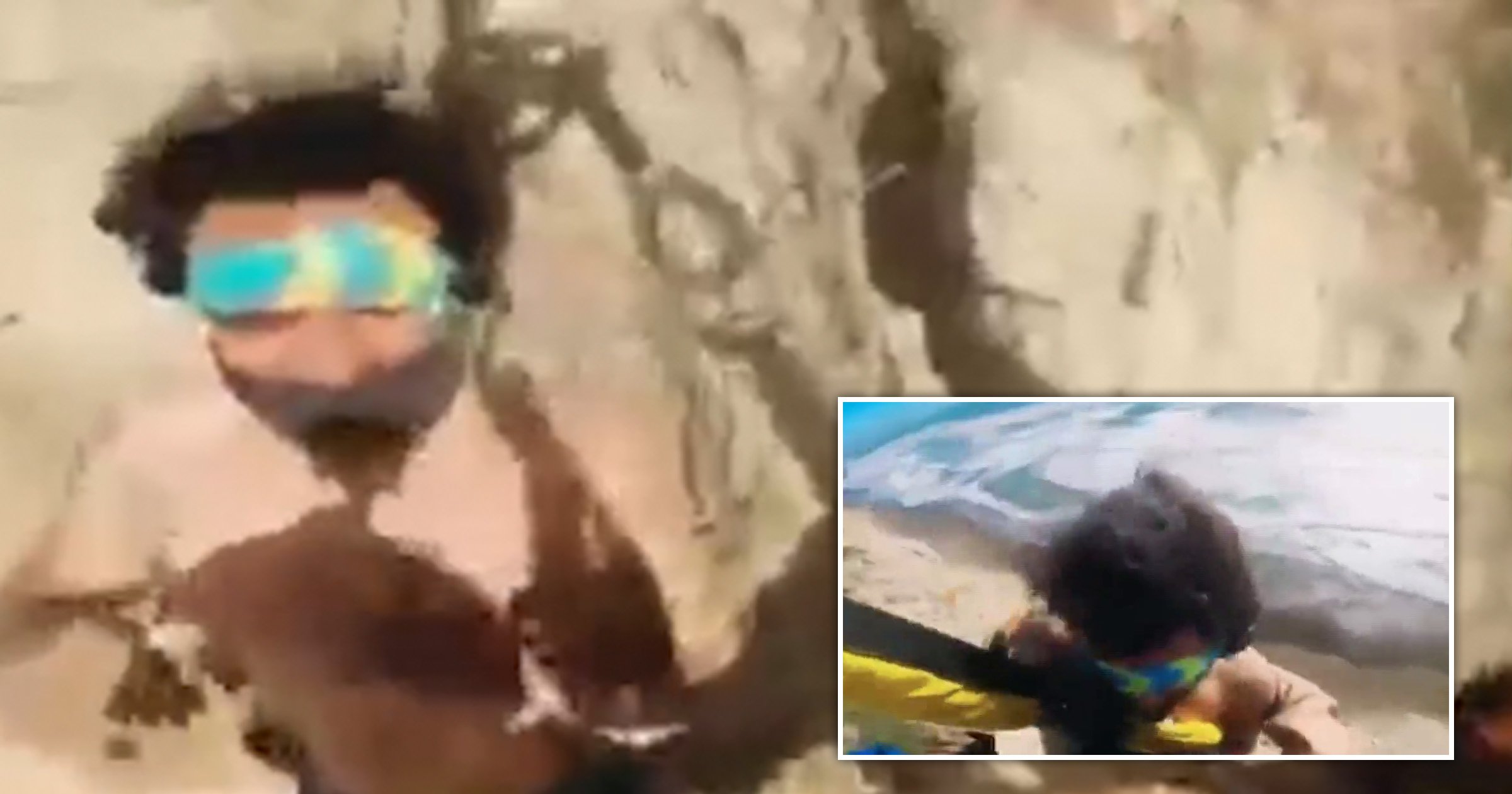 This is the hair-raising moment a man was saved from a 500ft American cliff in perilously high winds.

Footage shows rescuers rushing to help the topless man who fell from the top of the Mussel Rock coastal path, near San Francisco, and clung on for ‘dear life’.

A local fisherman alerted the California Highway Patrol (CHP) after seeing him ‘clinging to a vertical cliff wall’ on Thursday shortly after 5pm.

Due to the precarious location, ground rescuers were unable to find him.

Battling tough conditions, the helicopter approaches the man stuck halfway down the cliff.

‘He grabbed onto me, dangerous thing he did,’ paramedic David Arias told ABC7 News. ‘If I swung away from him, potentially he’d fallen off the cliff.

‘I told him to stay put on the cliff, he was able to get into harness and help me out.’

Mr Arias is filmed quickly putting a rescue harness on the man, who only had a pair of shorts on and no shoes.

With his feet dangling hundreds of feet above ground, he was airlifted to safety nearby.

‘We had to do a short search, we weren’t sure where he was on the cliff we couldn’t see him,’ pilot Brent Marker said.

No injuries were reported and miraculously, the man got away with only scrapes and bruises. He was taken to hospital as a precaution.

A statement from CPH on their Facebook page said: ‘Amazing work by our air operations crew in Daly City yesterday after a man fell from the top of the cliff and was clinging to the cliff side for dear life.

‘To give you an idea of just how skilled the crew is, the pilot was able to precisely lower the flight officer/ paramedic to the location while battling 40 knot winds.

‘The precise movements were guided by a flight officer standing outside of the aircraft who was able to guide the lowered crew member down right where he needed to be.’