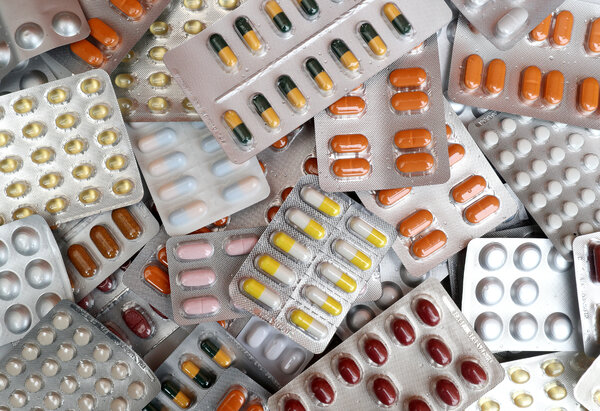 Other countries at least have ways to think about this at a national level. The United States doesn’t — the topic has been a third rail — but the Biden administration could change that.

U.S. brand-name prescription drug prices are the highest in the world. For those available from only one manufacturer, prices are three to four times higher than those in Britain, Japan or Ontario, Canada, on average.

Policies to reduce prescription drug prices have an obvious benefit: Drugs we buy today would cost less. But they create a less obvious problem: Drugs we would like to buy in the future might not exist. In other words, innovation could be slowed.

Higher prices mean higher potential profits, and more money to invest in development of new drugs. Although there is considerable debate over the value of the innovation motivated by the promise of higher profits, it’s clear there’s a connection. Several studies indicate that limiting the market and profits for drugs would slow innovation. One found that when Medicare created a new drug benefit in 2006, preclinical testing and clinical trials increased for drugs for older patients — those most likely affected by the policy.

Another study found that policies in the 1980s that expanded the market for vaccines encouraged 2.5 times more new vaccine clinical trials per year for each affected disease. This fits with the general finding that more new drugs enter expanding markets that promise greater profits.

“There is a trend between how much is spent on research and development by pharmaceutical companies and how much they will earn in profit,” said Ronald Aubert, visiting professor at Brown University School of Public Health. “But there’s a remaining question about whether the innovation that stems from that research and development addresses the unmet needs of the population.”

In other words, is the innovation well targeted?

The extent to which profitability prompts innovation has limits. Scholars see the law of diminishing returns at work, with each additional dollar of investment in pharmaceutical research and development yielding less gain in innovation than the prior dollar.

This means that some of the additional money going to drug innovation because of higher prices might be better spent elsewhere, producing greater health and well-being than the new drugs they incentivize.

We’re not accustomed to openly managing this trade-off in the United States, partly because of the power of health care interest groups, and perhaps because of a more individualistic culture.

Not so in other countries. The vast majority of European nations, and many Asian ones, have a process for deciding what drugs should cost.

A 2011 German law, for example, established a system by which a central body evaluates the benefits of new drugs. Then health insurers jointly negotiate prices, which are capped relative to existing drugs for the same condition if the new drug has no demonstrable additional benefit. Those prices apply to all statutory health insurance plans, which cover 90 percent of the population, and are typically adopted by private payers as well.

France, Britain and other nations also have systems to limit drugs’ prices and assess the value they provide, seeking to balance innovation and profit. Many countries peg the prices of drugs to those established by other nations — something the Trump administration had proposed for drugs purchased by Medicare.

For the last few decades, Canada has relied on a mixture of national and provincial organizations to protect against what it considers “excessive” prices. But the Trudeau government has judged these approaches insufficiently effective. It appears to have concluded that the high prices have not led to sustained research and development investment in Canada. So starting in July, after a delay because of the pandemic, the Patented Medicines Price Review Board will set Canadian prices without consideration of the prices paid in the United States and Switzerland, and for some drugs, with explicit consideration of cost effectiveness.

In the United States, drug prices reflect what the market will bear, under the influence of government-granted monopolies for novel medications. Because of the byzantine political compromises they reflect, there is no good reason to believe that the duration of those monopolies — or the prices they support — match the value of the drugs for which they’re provided or the degree of innovation they motivate.

The tool is blunt, so in some cases drug prices are arguably too low, even if they’re very often arguably too high. (This problem of pricing is not unique to prescription drugs, but pervasive throughout the health system. Both health care markets and policy have flaws that lead to prices for health services that are often too high and sometimes too low relative to their value.)

Yet the United States does have some history of assessing the value of health care treatments, albeit limited. Before Congress abolished it in 1995, the U.S. Office of Technology Assessment advised the body on Medicare coverage decisions, including those for pneumococcal vaccination, and screening for breast cancer, cervical cancer and colorectal cancer.

Subsequently, the Centers for Medicare and Medicaid Services applied cost-effective analysis in considering coverage for screening for H.I.V. and lung cancer, and counseling for alcohol use disorder. Other government agencies (including the C.D.C., N.I.H., the V.A. and D.O.D.) have either funded or have the authority to use cost-effectiveness analysis, as have private health plans.

One state — New York — has a program to limit prices for drugs purchased by its Medicaid program based on therapeutic value. But the state cannot compel drug manufactures to sell at the prices it offers. One company, Vertex, refused New York’s price for its cystic fibrosis drug Orkambi.

Recent efforts by both the former Trump administration and the current Biden team to link drug prices to value suggest an increasing acceptance of doing so in the United States. President Biden could take the framework of the former health secretary Alex Azar’s international reference pricing model for Medicare, and give more power to an independent review board.

The private Institute for Clinical and Economic Review evaluates the effectiveness of drugs relative to their cost. Its reports may be gaining influence, but its conclusions on prices and value are without the force of government.

Peter Neumann, director of the Center for the Evaluation of Value and Risk in Health at Tufts Medical Center, who’s writing a book on the topic, said high prices aren’t as worrisome for some drugs. For others, maybe so.

“We should undertake our own assessment of value,” he said. “The markets don’t work. Rather than taking France or Germany’s price, we should establish our own.”