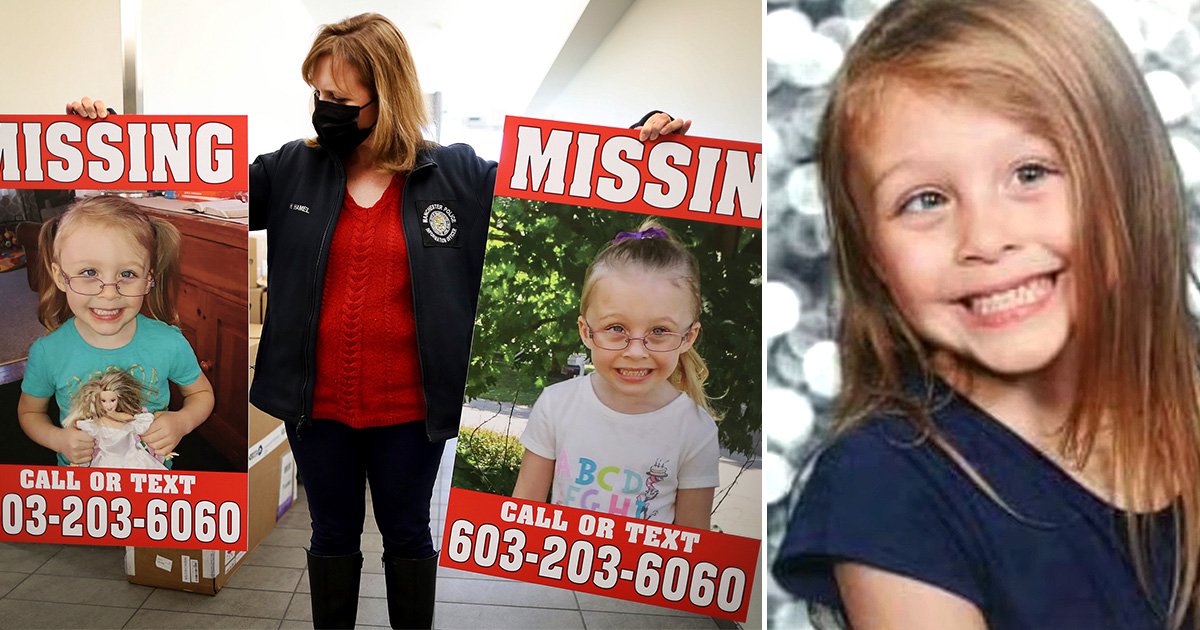 An 8-year-old girl who disappeared in 2019 at the age of 5, but was not reported missing until two years later, is believed to be dead, police in New Hampshire said Thursday.

Harmony Montgomery, who was five when she went missing, was likely killed in Manchester in early December of 2019, Attorney General John Formella said.

The young girl went missing sometime between November 28 and December 10 in 2019, but police were not alerted to her disappearance until December of 2021, according to Fox 13.

‘All of the (investigative) efforts have led us to conclude that Harmony Montgomery was murdered in Manchester in early December of 2019,’ Formella said.

As the investigation shifts from a missing persons case to a homicide investigation, police say they’re still on the hunt for the young girl’s remains.

‘At this point, while Harmony’s remains have not yet been located, we do have multiple sources of investigative information, including just recently confirmed biological evidence that have led us to this difficult and tragic conclusion,’ Formella added.

In June, law enforcement officials flocked to the home where Harmony’s father, Adam Montgomery, and his estranged wife Kayla Montgomery, had previously lived.

During that search, officers were seen removing a refrigerator from the family home, wrapping it in black plastic and loading it into a truck.

At the time of her disappearance, Adam Montgomery had legal custody over Harmony. The father was indicted on a charge alleging he struck Harmony in the face in 2019. He’s also been accused of unrelated firearm theft charges, but has pleaded not guilty.

No charges have been filed directly relating to Harmony’s disappearance or alleged murder.

Police only became aware that Harmony was missing when they received a report from her mother, Crystal Sorey, in November, according to Fox 13 News. The mother told authorities she had been trying to find the girl for months.

When police contacted her father and other family members at the end of December, they all said no one had seen Harmony in over two years and there were concerns over whether she was alive.

‘I know that over the past eight months, there have been many discussions, speculation and questions relative to where the system failed Harmony, and I myself continue to share the same concerns and still have many remaining questions,’ Manchester Police Chief Allen Aldenberg said.

He added that the police department would do ‘everything within the limits of the law’ to bring whoever is responsible for Harmony’s murder to justice.

Girl, 2, dies after family spend hour trying to rescue her from septic tank