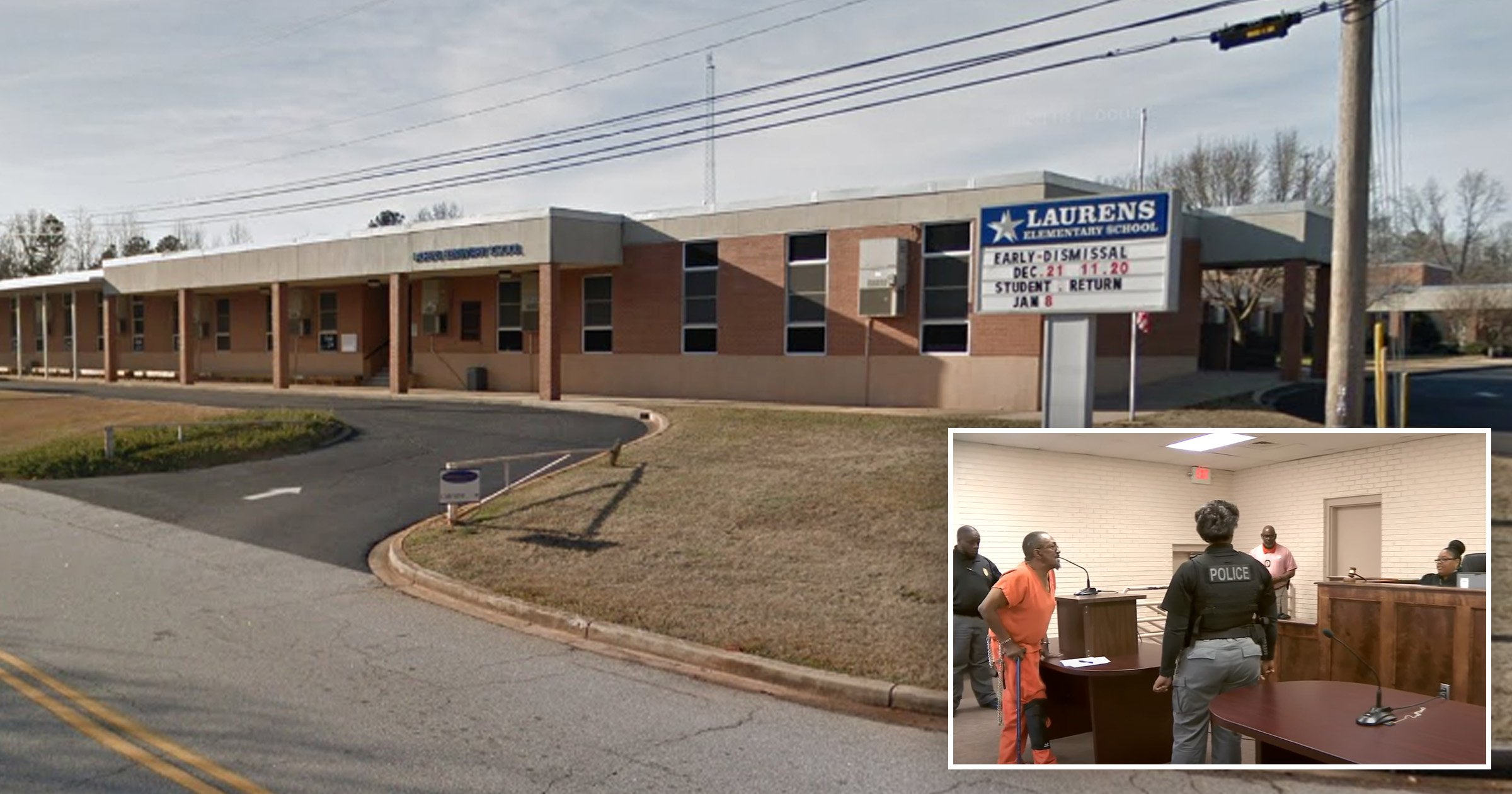 A six-year-old elementary school student in South Carolina who wanted to ‘shoot zombies’ brought his grandfather’s loaded handgun into his classroom, officials said.

A ‘small frame gun’ was discovered on the seat of the student’s desk by a staff member at Laurens Elementary School on Friday, Detective JC Brewington of the Laurens Police Department said.

No threats were made against any students or staff, and no one was injured, the school district said in a statement.

Ameca Thomas, the superintendent of Laurens County School District 55, released a statement following the incident and reminded parents to check backpacks daily to ensure the schools are safe.

‘We recognize the seriousness of this incident and we’re thankful that no physical injuries occurred,’ Thomas said. Under the school district’s discipline code, the child who brought the handgun was removed from the school and will be the subject of a disciplinary hearing.

According to police, the young student had stolen the handgun from his grandfather’s home. His grandfather, Kalim Alawajid, was arrested and charged with unlawful conduct toward a child.

During a Saturday hearing, police determined that Alawajid was responsible for his six-year-old grandson getting his hands on the gun. He is being held on a $40,000 bond, but told the judge he would be unable to pay.

‘I’m poverty stricken at this point, Medicare and Medicaid, I don’t have access to a bond,’ Alawajid said, according to Local 12.

Alawajid also said he has animals on a farm that he needs to feed every day.

‘I have a lot of physical illnesses, I can’t be in jail, I can’t take my medicine because they say my medicine is a controlled substance,’ Alawajid said. ‘I got a lot of medicine. I got prostate cancer. I need to be out. I ain’t got nothing to post bond with, ma’am.’

His next court appearance is scheduled for March 18.