An emotional Joe Biden said losing a child was ‘like having a piece of your soul ripped away’ as he begged lawmakers to curb gun violence following fresh tragedy at a Texas elementary school.

The US president asked why young boys and girls had to watch their friends die ‘as if they were on a battlefield’ after a teen gunman killed 21 people, including 19 kids aged seven to 10, on Tuesday.

Saying he had hoped he wouldn’t have to do this again, he pleaded with Americans to consider why mass shootings rarely happen in other places, saying ‘it’s time we turned this pain into action’.

It comes as the victims of the massacre at Robb Elementary School in Uvalde begin to be identified, with some families still awaiting word on their injured children hours after the attack.

With wife Jill standing by his side at the White House, Mr Biden, who has previously lost two children of his own, said: ‘Uvalde, Texas. An elementary school. Beautiful innocent, second, third, fourth graders.

‘And how many scores of little children who witnessed what happened – see their friends die as if they’re on a battlefield, for God’s sake? They’ll live with it the rest of their lives.’

‘To lose a child is like having a piece of your soul ripped away. There’s a hollowness in your chest. 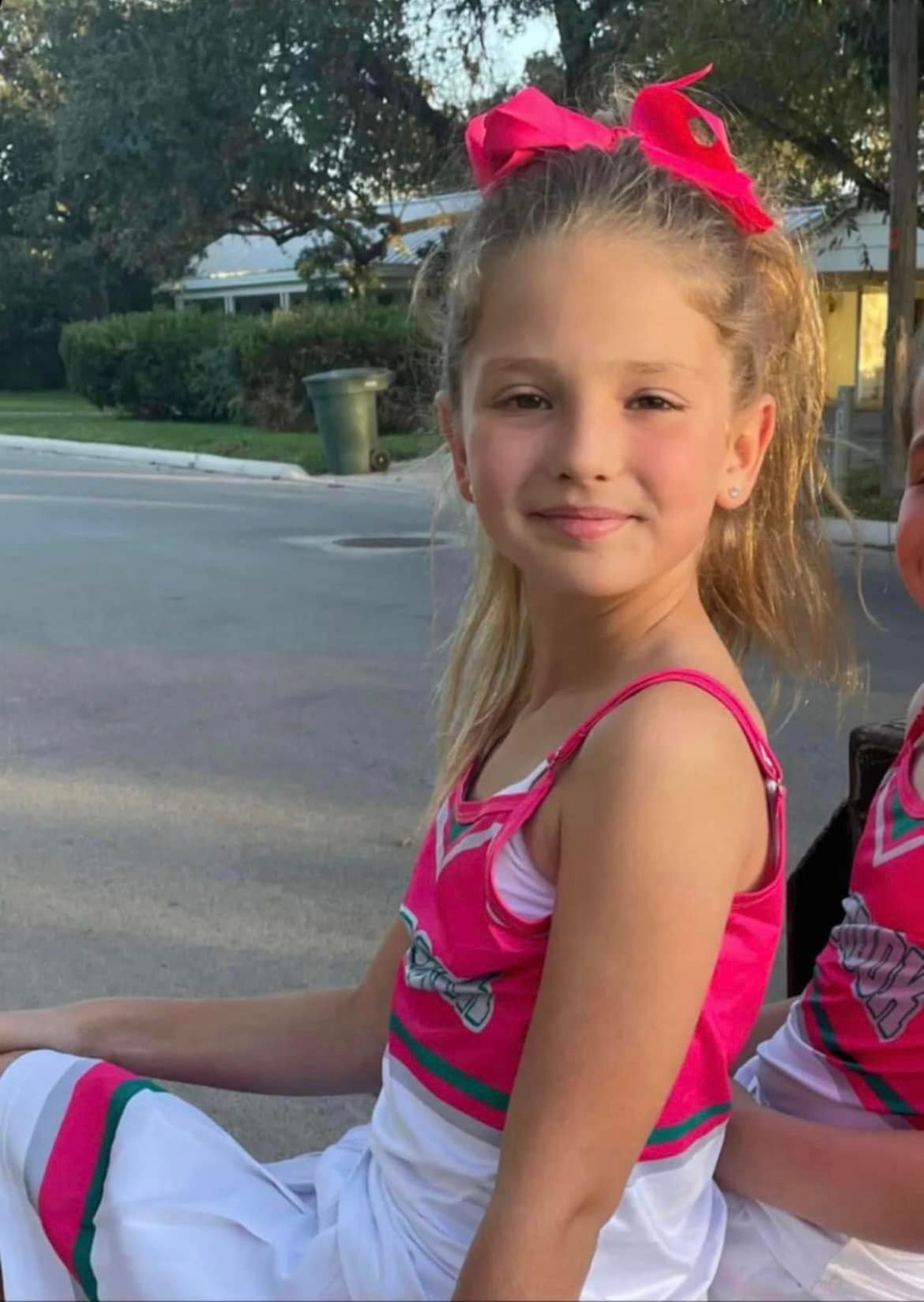 ‘You feel like you’re being sucked into it and never going to be able to get out.’

He went on to ask: ‘When in God’s name are we going to stand up to the gun lobby? Why are we willing to live with this carnage? Why do we keep letting this happen?’

The Texas gunman has been identified as Salvador Ramos, 18, who was shot to death by a Border Patrol agent who ran into the school without waiting for backup.

Ramos had foreshadowed the shooting on social media, according to state senator Roland Gutierrez, who said he had been briefed by state police.

He apparently announced he had bought two assault weapons after turning 18 and suggested ‘kids should watch out’.

The gunman shot his grandmother, who is in hospital, before crashing his car outside the school and racing into the building, according to public safety officials.

Two local police officers were shot after exchanging gunfire with him, while teams of Border Patrol agents raced to the site.

It is America’s deadliest school shooting since 20 children and six adults died at Sandy Hook Elementary in Newtown, Connecticut, in 2012.

Just one week ago, Mr Biden was in Buffalo, New York to meet with victims’ families after 10 black people were killed at a grocery store in what is suspected to be a racially motivated crime.

Gun legislation has been stalled in Congress ever since the bipartisan effort to strengthen background checks on firearms purchases collapsed.

‘The idea that an 18-year-old kid can walk into a gun store and buy two assault weapons is just wrong’, Mr Biden said.

‘I’d hoped when I became president I would not have to do this, again.’

Senator Chris Murphy, who represented Newton, Connecticut, in the house of representatives at the time of the Sandy Hook massacre, has asked his colleagues why they even bother running for office if they are going to stand by and do nothing.

‘I’m here on this floor to beg – to literally get down on my hands and knees – to beg my colleagues’, he said.