A feminist and a self-proclaimed revolutionary, she was in the forefront of the fledgling movement for economic and political equality in the 1940s. 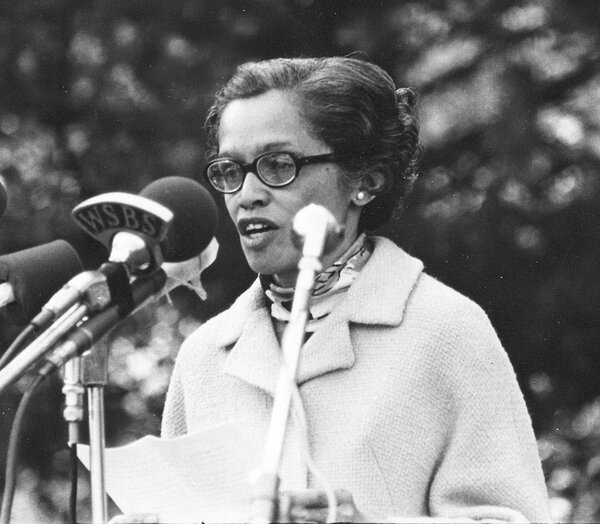 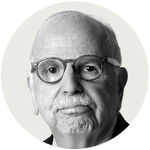 Esther Cooper Jackson, whose voice for racial equality in the 1940s would elevate her into the vanguard of the civil rights revolution of the mid-20th century, died in Boston on Aug. 23, two days after her 105th birthday.

Her death, in an assisted living community, was confirmed by her daughter Kathryn Jackson. She had moved from Brooklyn to Massachusetts in 2015.

A self-proclaimed revolutionary, a vocal feminist and a member of the Communist Party in the 1940s, Ms. Jackson and her husband, James E. Jackson Jr., were among the Black radicals whose pioneering voter registration drives, union organizing efforts, opposition to police brutality and campaigns for equal rights and the desegregation of public transit, primarily in the South, provided the practical, intellectual and moral foundation for many of the legal and political gains their successors achieved in the following decades.

After she finished graduate school in 1940, Ms. Jackson became education director and executive director of the Southern Negro Youth Congress, an organization in which Black women played a leadership role, especially when men, including her husband, were away defending their country in World War II.

“Historians view the Southern Negro Youth Congress as the predecessor of the Student Nonviolent Coordinating Committee,” a major force in the civil rights movement, Michael Nash, director of the Tamiment Library at New York University, where the Jacksons’ papers are preserved, told The New York Times in 2007.

Ms. Jackson was also the managing editor of Freedomways: A Quarterly Review of the Freedom Movement, published from 1961 through 1986 with contributions from writers, poets and artists, including James Baldwin, Langston Hughes, Paul Robeson, Alice Walker and Romare Bearden.

“She shamed you out of bourgeois confidence, then devoted selfless time to your progressive re-education,” Professor Lewis said. “From demure Oberlin alumna to socialist organizer, she embodied a praxis of revolutionary change that profoundly inspired W.E.B. Du Bois’s last years.”

Esther Victoria Cooper was born on Aug. 21, 1917, in Arlington, Va., which was then a rural county. Her father, George P. Cooper, worked for the Bureau of Printing and Engraving after a career as an Army officer. Her mother, Esther (Irving) Cooper, was a stenographer and teacher who worked for the Forest Service and was president of the Arlington chapter of the N.A.A.C.P.

Esther was raised in a home that initially lacked electricity. She attended segregated schools.

After graduating from the prestigious Dunbar High School in Washington, she earned a bachelor’s degree from Oberlin College in Ohio in 1938 and a master’s from Fisk University in Nashville in 1940, both in sociology. Her master’s thesis was on unionizing domestic workers.

After spending a summer in Alabama as a volunteer with the Southern Negro Youth Congress, she passed up a fellowship to work with the organization, which Attorney General Tom Clark branded subversive in the late 1940s.

She remained in the South for seven years and met her future husband, a labor organizer, there. They married in 1941, decamped for Detroit in 1947 and moved to Brooklyn in 1951.

Mr. Jackson, who became an American Communist Party official and editor of The Worker, the party newspaper, went underground later in 1951 to avoid arrest following his indictment under the Smith Act, which, enacted by Congress in 1940, made it a crime to advocate the overthrow of the U.S. government by force. Among other things, he was accused of teaching classes on violent revolution and convicted of conspiracy. The conviction was reversed in 1958 after the Supreme Court ruled that the mere teaching or advocacy of an overthrow of the government did not constitute a “call to action.” He died in 2007.

In addition to her daughter Kathryn, a retired psychologist, Ms. Jackson is survived by another daughter, Harriet Jackson Scarupa, a retired journalist; three grandsons; and two great-grandchildren.

In the 1950s, Ms. Jackson worked for the National Committee to Defend Negro Leadership, which the government regarded as a Communist front (but took no action against), and the Families of Smith Act Victims.

She also served briefly in Brooklyn as a social worker for the Girl Scouts of America and as educational director for the New York State Urban League.

In his foreword to “Freedomways Reader,” Julian Bond, a founder of the Student Nonviolent Coordinating Committee and a former chairman of the N.A.A.C.P., wrote that contributors to Freedomways were distinguished both by their written work and by their activism.

They were “writers with picket signs as well as pens in hand,” he wrote, “scholars whose classrooms were the union halls, students who took instruction in the cotton fields or lunch counters, artists who brushed consciences as well as canvasses.”

As a trailblazer whose entire career was committed to advancing civil rights, Ms. Jackson was asked by Richmond magazine in 2016 which of her accomplishments made her most proud.

“I am proud — no, thankful — to be part of a generation of young people who took a stand so boldly, to fight for their civil rights in this country,” she replied. “We were out in front, we were courageous.”

Minneapolis Will Pay Influencers to Fight Misinformation During Officers’ Trials