Home » Americas » EU restricts visitors from US due to coronavirus resurgence

The EU agrees to open its borders to 15 countries from July 1, but the US, Russia, India and Brazil remain excluded. 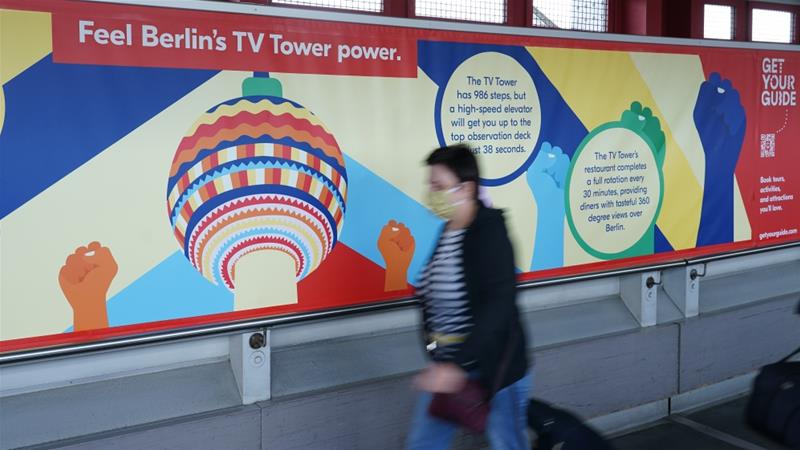 The European Union has agreed to reopen its borders to visitors from 15 countries from July 1, but not the United States, where some of the states that pushed hardest and earliest to reopen their economies are in retreat because of a surge in confirmed coronavirus infections.

The EU’s decision came on Tuesday, a day after Arizona Governor Doug Ducey issued an order to close bars, gyms, movie theatres and water parks, and officials in Republican and Democratic strongholds alike mandated the wearing of masks.

The EU extended its ban on travellers not just from the US but from other big countries, such as Russia, Brazil and India, all of which are seeing rapidly rising caseloads.

China made it to the list, which will be updated every two weeks, but on the condition that Beijing do the same for Europeans, a statement said.

US neighbour Canada, as well as Japan, Australia, New Zealand and Uruguay, were included without conditions on the list.

Algeria, Georgia, Japan, Montenegro, Morocco, Rwanda, Serbia, South Korea, Thailand and Tunisia rounded out the countries, which was agreed to by vote among the EU’s 27 member states.

Non-essential travel to the EU has been banned since mid-March, but only after member states closed their national borders in confusion and without coordination as the pandemic grew.

Though the list was legally non-binding, the EU said member states “remain responsible for implementing the content of the recommendation”.

The United Kingdom is considered part of the EU during its post-Brexit transition that ends on December 31.

US President Donald Trump suspended the entry of most Europeans in March.

More than 15 million US citizens travel to Europe each year, while about 10 million Europeans head across the Atlantic.

In the US, Texas, Florida and California are backtracking, closing beaches and bars in some cases amid a resurgence of the virus.

“Our expectation is that our numbers next week will be worse,” Ducey said in Arizona, where for seven times in 10 days, the number of new cases per day has surpassed the 3,000 mark.

And New Jersey’s governor announced he is postponing the reopening of indoor dining because people have not been wearing masks or complying with other social-distancing rules.

Iowa victors Sanders and Buttigieg are targets in Democratic debate

‘Provably false!’ Tory MP erupts at Huawei official’s defence as he shuts down each claim
Asia

ST175: Previous editors on ST
We and our partners use cookies on this site to improve our service, perform analytics, personalize advertising, measure advertising performance, and remember website preferences.Ok