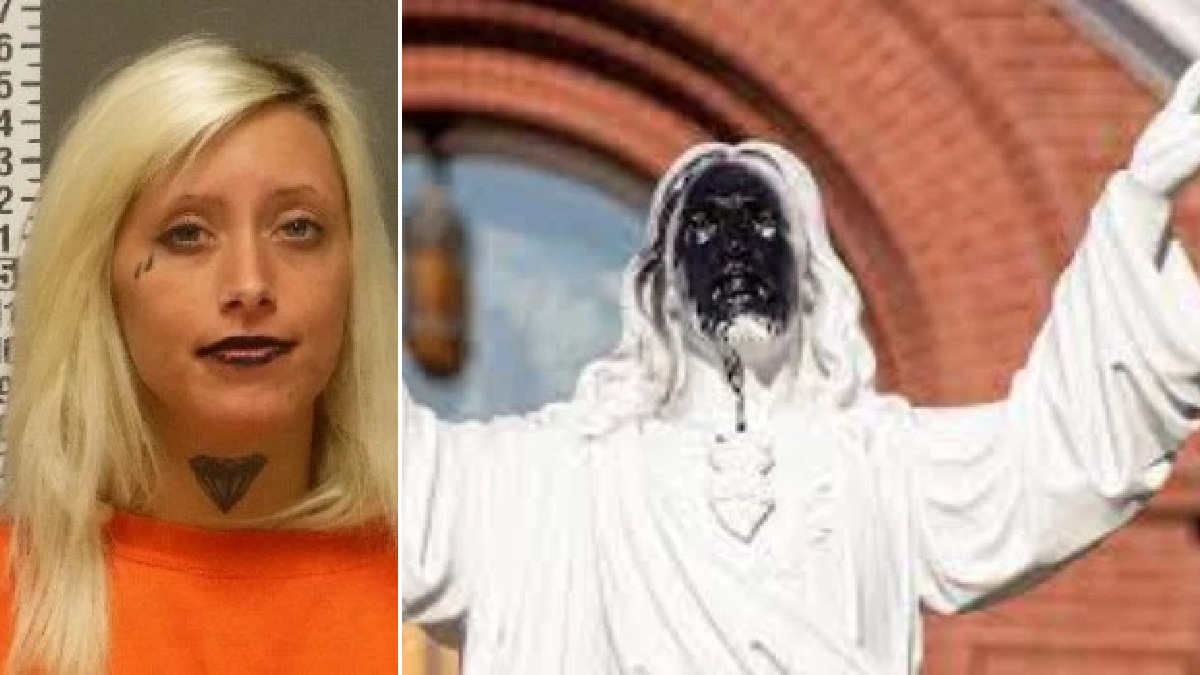 A woman who allegedly ran over graves at the funeral of her ex-boyfriend previously vandalized a statue of Jesus. Fargo City prosecutors on Friday accused Blair Rebecca Whitten, 28, of being the person who sprayed the face of a Jesus statue black in Fargo, North Dakota, in mid-April.

Whitten was charged with one count of misdemeanor criminal mischief, according to KVRR.

That comes after Whitten in May was accused of running over gravesites as well as trying to run over people at her ex-boyfriend Colin MacDonald’s funeral. MacDonald died while sleeping due to complications from a minor surgery.

‘She knew she wasn’t welcome and what she did instead of leaving peacefully was try to run somebody over and run somebody else over, which was me!’ MacDonald’s girlfriend at the time, Gericka Charbonneau, told KVLY.

‘There were elderly, there were children, there were people here who weren’t even here for Colin’s funeral. They were here for their own people and they didn’t know what was going on!’

MacDonald’s mother Joan McIntyre said she heard someone screaming and went outside of the tent to find a car driving about 50 miles per hour. People screamed, ‘She just ran me over!’ McIntyre said.

Whitten apparently was warned to stay away from the funeral after she posted messages harassing others on social media after MacDonald died. She reportedly left after funeral attendees confronted her and claimed that she had not caused any problems, according to police.

The ex-girlfriend pleaded not guilty to one count of reckless endangerment in the May 5 incident.

Prosecutors did not immediately know Whitten’s motive in allegedly vandalizing the Jesus statue at St Mary’s Cathedral on April 17.

Overdue VHS Tape From 1999 Leads to Warrant for Embezzlement