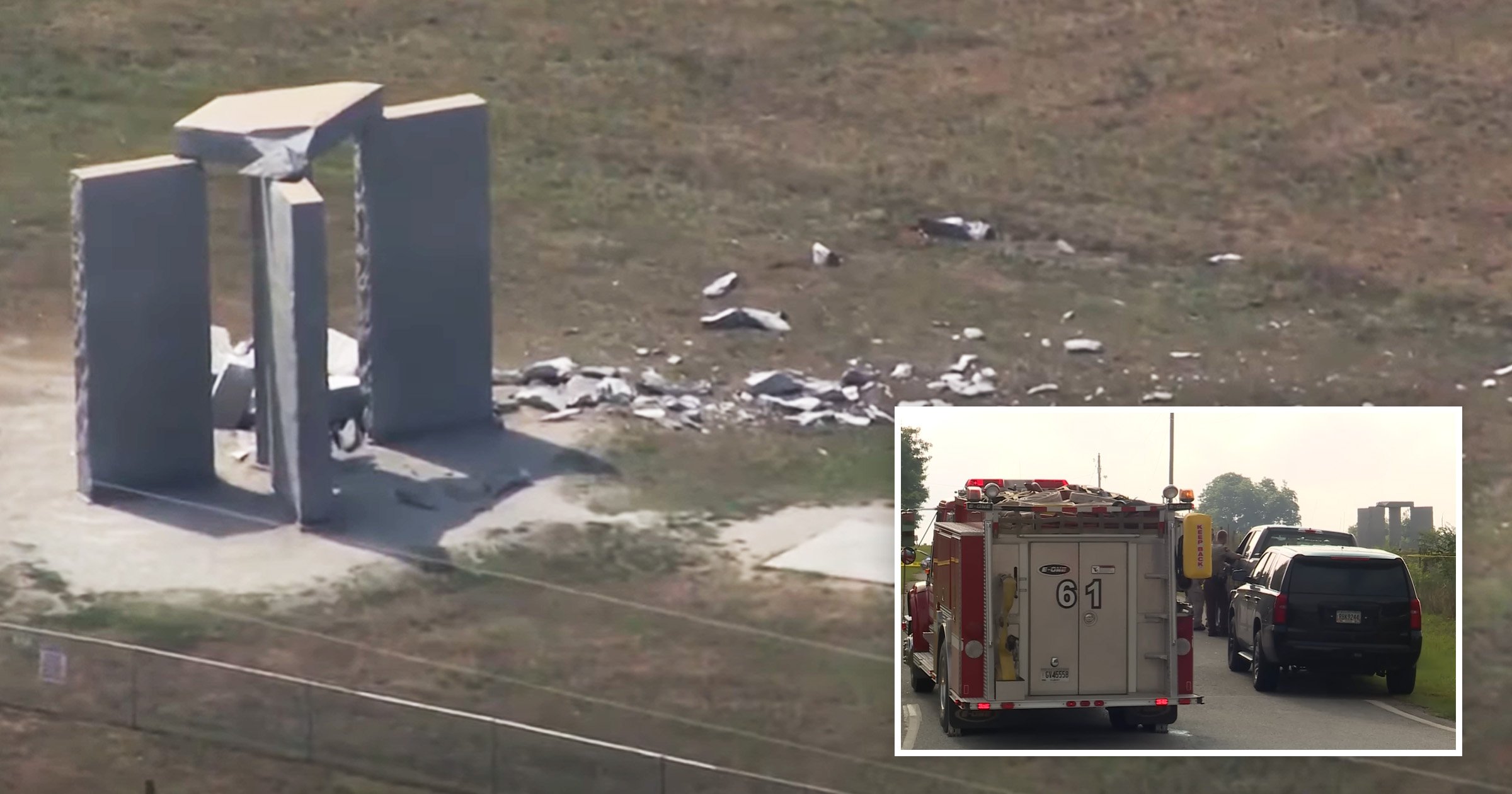 An explosion has damaged part of the Georgia Guidestones, a controversial landmark that is often referred to as America’s Stonehenge.

Unknown individuals set off an explosive device around 4am on Wednesday, and Elbert County investigators arrived to find a big portion of the structure destroyed.

One of the pillars was obliterated to pieces, according to images from SKYFOX. A corner of a top block also looked broken near where the demolished block fell.

The guidestones, erected in 1980, are made up of six granite slabs with an inscription engraved in eight different languages. The inscriptions are guidelines for human progress, including ‘unite humanity with a living new language’, and ‘maintain humanity under 500m in perpetual balance with nature’.

A Georgia Bureau of Investigation bomb squad responded to the explosion. The bureau is investigating the incident, along with the county sheriff’s office.

Cameras at the site operate at all times and route to a 911 dispatch center, according to Elberton Granite Association Executive Vice President Chris Kubas. They were initially installed due to vandalism.

‘I’m sad not just for Elberton and Elbert County, I’m sad for the United States and the world, said Kubas. ‘These were a tourist attraction, and it was not uncommon for people around the world to be up here at any given time.’

The guidestones were painstakingly manufactured and carved, he added. The monument is 19 feet high and each slab weighs roughly 42,000 pounds.

‘To quarry something of that size and get those four of them that precise… with the sandblasting it took to letter those languages, that is utter craftsmanship that you wouldn’t find anywhere else,’ Kubas said.

‘They were meant for a future population after a cataclysmic event.’

The monument has been subject to conservative conspiracy theories over the years.

Far-right conspiracy theorist Kandiss Taylor, who ran in Georgia’s Republican gubernatorial primary against incumbent Brian Kemp, campaigned on a promise to destroy the guidestones. She announced her ‘executive order 10’ to demolish the monument in a campaign video.

For a Rural Democrat, Talking Potatoes Is Easy. Impeachment Is Really Hard.