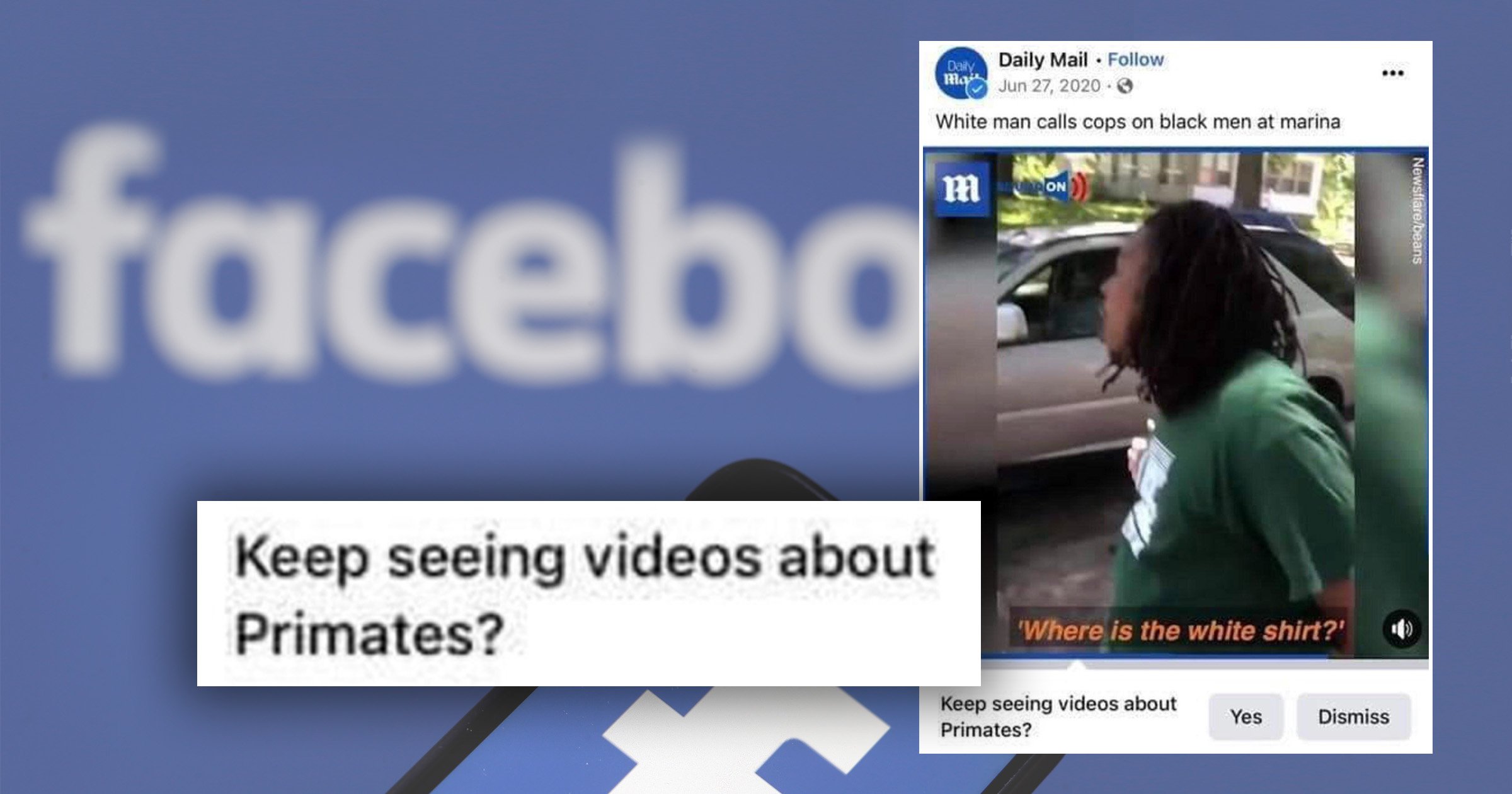 Facebook has apologised after its software labelled a video of black men as ‘primates’.

The tech giant has called it an ‘unacceptable error’ and promised to make changes to the artificial intelligence powering its platforms.

A video posted by the Daily Mail in June 2020 was automatically tagged with a message asking users if they want to ‘keep seeing videos of primates’.

The error was raised by Darci Groves, a former content design manager at Facebook, according to the New York Times.

It had been flagged to her by a friend and she made the company aware of it via a feedback forum which ex-employees can use.

She told the US newspaper the error was ‘horrifying and egregious’, although it’s unclear how many users would have seen it.

Facebook has responded by switching off the software which led to the mistake and has committed to redesigning it.

Dani Lever, a Facebook spokeswoman, said: ‘As we have said, while we have made improvements to our AI, we know it’s not perfect, and we have more progress to make.

‘We apologise to anyone who may have seen these offensive recommendations.’

It’s not the first time a digital platform has been accused of racism because of errors generated by AI-powered programmes.

In 2015, Google issued an apology after it accidentally labelled a picture of two black men as gorillas.

Social media websites and search engines rely on powerful unmanned tools to sort through the vast amount of data uploaded to them.

Digital campaigners have long called for more diversity inside tech firms to prevent racial biases from manifesting themselves in online systems.

According to the NYT, Facebook has previously admitted that just 4.4% of its workforce is black.

The same is true of other Silicon Valley giants – at Google and Twitter, around 6% of their employees and contractors were black as of May 2020, according to the LA Times.

The Ada Lovelace Institute has also pointed to evidence that facial recognition systems, which are a key feature of online platforms and increasingly use a law enforcement tool, ‘work worse on darker-skinned faces’.

US train stuck since weekend in snow