The move by the Diocese of Rockville Centre on Long Island came after numerous lawsuits were filed under the Child Victims Act. 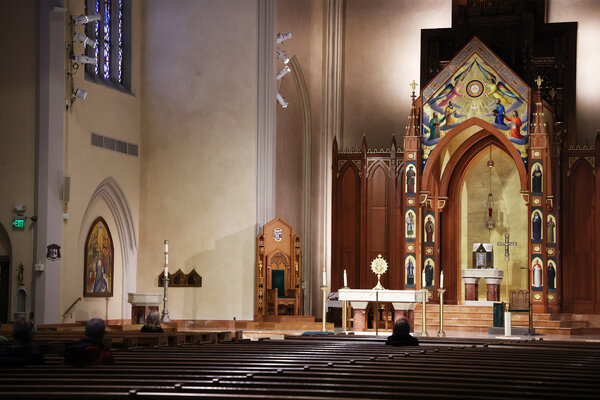 Facing more than 200 lawsuits over sexual abuse allegations, the Diocese of Rockville Centre on Long Island said on Thursday that it filed for bankruptcy, the largest Roman Catholic diocese in the United States to do so.

The diocese, which serves about 1.5 million people, said it was seeking financial protection in part because of the passage of New York State’s Child Victims Act, which allows adults who were victims of sexual assault as children to file claims.

The diocese determined that it “was not going to be able to carry out its spiritual, charitable and educational missions” in the face of “the increasing burden of litigation expenses,” Bishop John O. Barres said in a video message.

The diocese’s financial struggles were exacerbated because of the coronavirus pandemic, he said.

In a separate statement, the diocese said that about 40 percent of its annual revenue typically comes from offertory collections, but those plummeted after Sunday Mass services were suspended, then restricted, as a result of the outbreak.

More than 20 Catholic dioceses have filed for bankruptcy over the past 16 years, according to BishopAccountability.org, which tracks sexual abuse cases in the church. The Rockville Centre diocese, the eighth largest in the country by population, is believed to be the biggest to do so.

Two more of the state’s eight Roman Catholic dioceses have also filed for bankruptcy. The Diocese of Rochester became the first in New York to do so last year, and the Diocese of Buffalo, the largest in upstate New York, followed suit earlier this year. Both dioceses also cited the Child Victims Act.

The law, which was passed by state lawmakers last year amid strenuous opposition from the Catholic Church, created a temporary “look-back window” that suspended the statute of limitations on childhood sexual abuse accusations.

During the window (which was set to close after a year but was extended until next January after the pandemic limited court services), victims of sexual abuse could file lawsuits against their abusers and related organizations or institutions.