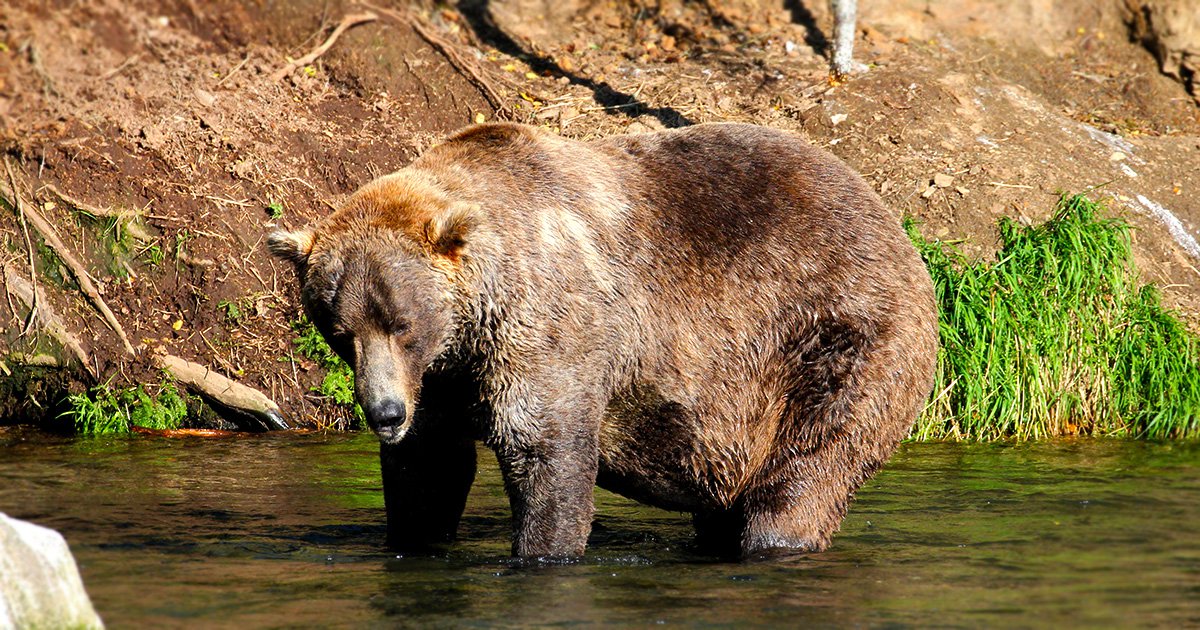 The winner of this year’s Fat Bear Week, an online contest around the bulkiest bears, is no stranger to taking first place. 480 Otis won his fourth title on Tuesday night, at more than 25 years old and

The weeklong competition included a dozen bears and close to 800,000 votes were submitted.

‘As we celebrate, like a true champ 480 is still chowing down,’ tweeted the Katmai National Park and Preserve in southwest Alaska.

The roughly 4.1million-acre park is home to around 2,200 brown bears and many fat bears thrive there particularly on the Brooks River due to its abundance of salmon.

Otis is one of the older bears residing at Brooks River. According to his biography, he is ‘missing two canine teeth and many of his other teeth are greatly worn’, which makes his victory all the more remarkable.

Trump attacks Colin Powell, a day after his death