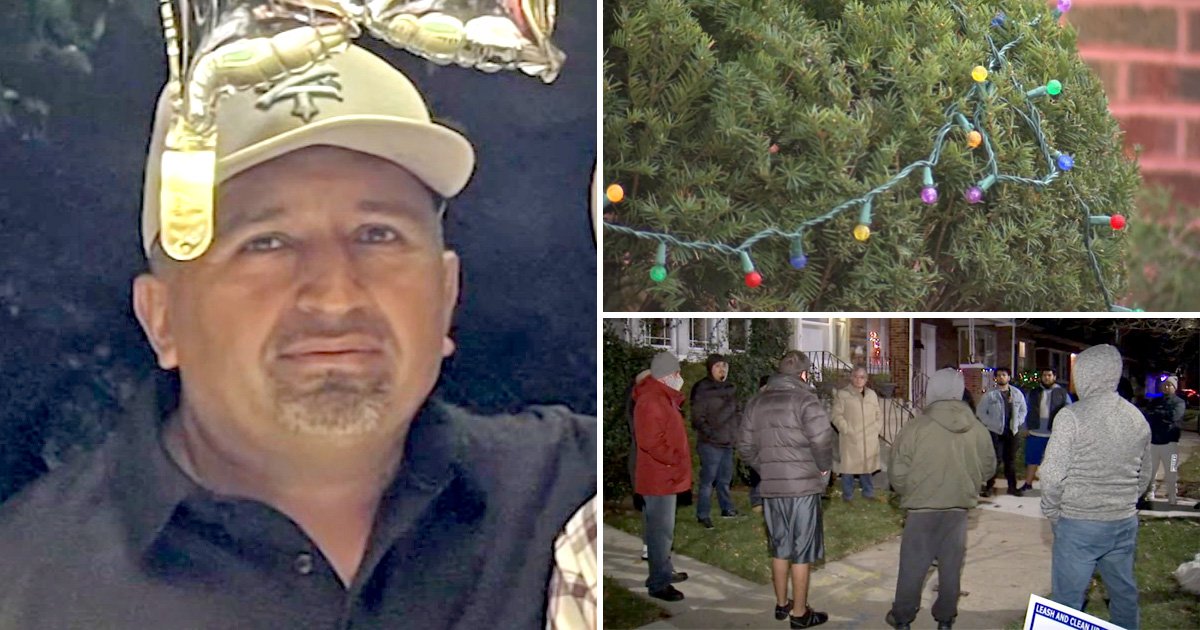 A father was brutally beaten to death outside his home while hanging Christmas decorations with his young daughter.

The father of three, Jose Tellez, 49, was attacked by two men using ‘blunt objects’ outside his home in Chicago’s Gage Park neighborhood on Saturday evening, according to police.

Tellez held Christmas lights as he bled from his head on his front yard, causing his daughter to scream and be heard by a neighbor.

‘My dad, my dad, he’s hurt,’ the girl told the unidentified neighbor, according to the Chicago Sun-Times.

‘I told her to get a blanket to put on his head,’ the neighbor told the newspaper. ‘There was a lot of blood.’

Tellez was still breathing when he was rushed to a hospital by ambulance. He was pronounced dead four hours later by the Cook County Medical Examiner’s Office.

The attackers were two males but a further description of them has not been released. The suspects remain at large and cops are still trying to determine the motive of the attack.

Tellez, who came to the US from Mexico a few years ago, is survived by his wife and three children, according to a GoFundMe page set up for his funeral expenses and to help his family.

‘He was a loving husband, father, brother and son,’ the page states.

Tellez lived in his Gage Park home for more than a decade and neighbors remembered him for organizing block parties.

‘He’s a hard working man. He came here to give the best to his family and this thing happens,’ his neighbor Silverio Nodal  told ABC7.

Tellez’s death came on a weekend in which three people were killed and 24 were wounded in Chicago. The city has experienced a 4% rise in murder cases since last year, according to the Chicago Police Department.