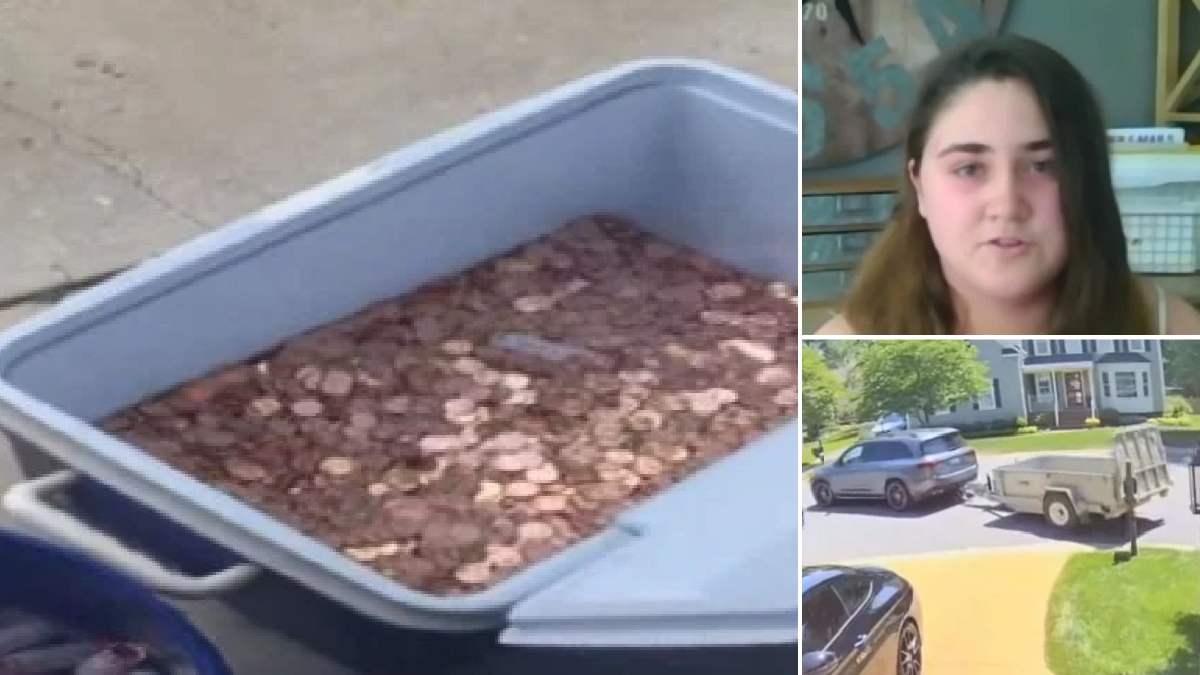 A father allegedly dumped tens of thousands of pennies on the front lawn of his ex as the final child support payment. However, the mother and daughter turned the distasteful gesture into a good deed – by donating the funds to a domestic abuse center.

High school senior Avery Sanford said she had ‘just turned 18’ when her father came through with the unexpected surprise.

Sanford said her mother did not recognize him at first and asked, ‘What are you dumping on my law?’

‘And he said, “It’s your final child support payment,”‘ Sanford continued. ‘And that’s when she realized who it was.’

Sanford’s mother picked up the coins outside their home in Richmond, Virginia, with a snow shovel.

Her unnamed father admitted to dumping the pennies and that it represented 18 years of frustration He told WTVR that his emotions got to him and that he did not intend to worsen his relationship with his daughter.

However, Sanford, who has not spoken with her father in years, said he made matters worse.

‘It’s not just my mom he’s trying to embarrass,’ she said. ‘It’s also me and my sister and it’s upsetting that he didn’t consider that before he did that.’

Sanford and her mother have donated the money to Safe Harbor Shelter, a domestic abuse center near them.

The organization’s executive director Cathy Easter told the Washington Post that ‘they were able to turn such a negative experience, and what her daughter witnessed, into a positive’.

‘They found a way to turn this around and not feel devastated about it,’ Easter said.

The gift of money wound up spurring $5,000 more in donations to the center as Sanford’s story made the news.

Sanford’s mother did not call cops about the coin dumping.

‘Henrico police documented the incident,’ Lt Matt Pecka told the newspaper. ‘However, no charges were filed.’

Boy, 3, with Down syndrome gets huge welcome home party after beating cancer