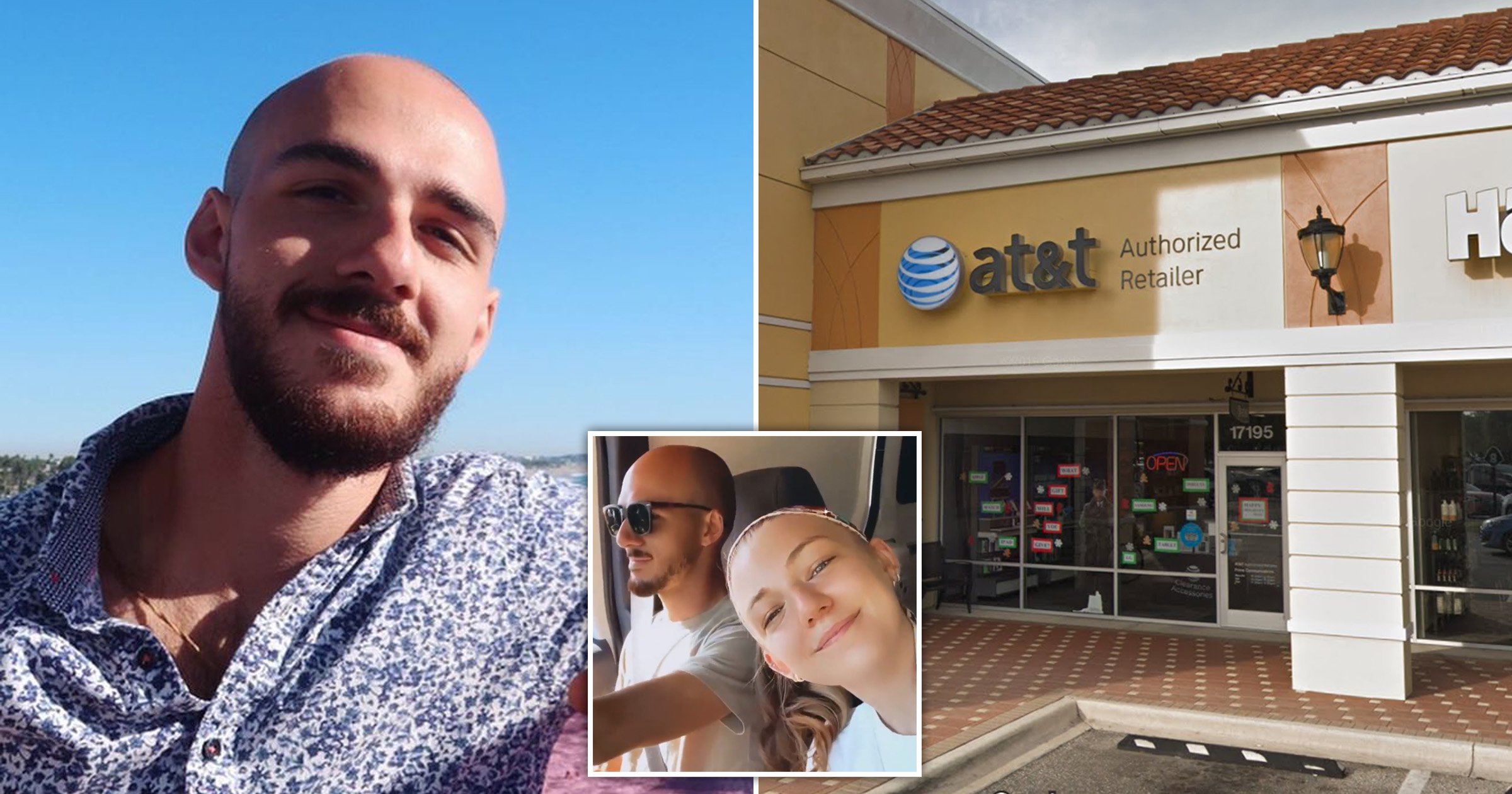 Federal investigators reportedly suspect that Brian Laundrie bought a burner phone at an AT&T store in his hometown of North Port, Florida, on the same day he went missing.

FBI agents seized surveillance footage from the store as reports have surfaced that Laundrie may have visited the location with an older woman on September 14.

The same day was when his parents last saw him, as they allege he left to hike at Carlton Reserve and never came home.

This occurred three days after his fiancé Gabby Petito’s family reported her missing. Her body was later recovered on September 19 at Bridger Teton National Forest where the county coroner confirmed she died by homicide.

The North Port AT&T store declined to comment on whether Laundrie and his mother, Roberta visited the establishment, telling DailyMail.com: ‘We are not confirming or denying anything and we are not making any statements.’

However, the Laundries’ attorney, Steven Bertolino told TMZ that the family purchased a new phone but he ‘believes it’s the one Brian left behind at home’ and notes that the ‘FBI is already in possession of it’.

The new surveillance footage could paint a more clear image for investigators of what took place in the days leading up to Laundrie’s disappearance.

Five days before Petito’s disappearance the Laundrie family went camping together at Fort De Soto, leaving together on September 7, according to Bertolino.

Television personality Dog the Bounty Hunter, who has joined the manhunt for Laundrie, disagrees. On Monday he claimed Laundrie’s parents left the park on September 8 without their son.

Area 51: US military sorry over ‘threat to use bomber against millennials’