Even though it has been more than 50 years since Ku Klux Klansmen bombed the 16th Street Baptist Church in Birmingham, Ala., Sarah Collins Rudolph said remnants from the blast could still be found in her body.

She lost her right eye and still has a piece of glass in her left eye from when shards struck her face. Her doctor fears trying to remove it.

“He’s afraid that if something happens, I’ll go blind,” she said.

She has spent years contacting local and state politicians, seeking some form of restitution for the injuries and decades of trauma she has endured from that fateful day in 1963.

In a Sept. 14 letter addressed to Gov. Kay Ivey of Alabama, lawyers representing Ms. Rudolph called on the state of Alabama to issue a formal apology and compensate Ms. Rudolph “to right the wrongs that its past leaders encouraged and incited.”

Ms. Rudolph, 69, said that some detractors had said she was trying to capitalize on the unrest and protests across the United States in response to the deaths of Black people including George Floyd and Breonna Taylor, but she said that was not the case.

“I’ve heard people were saying that ‘She wants something just because George Floyd and them got money,’ but no, that wasn’t it,” Ms. Rudolph said. “I’ve been trying for years.”

It was an explosion that “shook the whole city of Birmingham,” Ms. Rudolph said, and although she survived, it has been nearly impossible for her to forget the effects it has had on her life.

She was unable to attend her sister’s funeral as she spent almost a month in the hospital after the bombing, having more than 20 shards of glass removed from her body.

In a photo in Life magazine, a young Ms. Rudolph is seen in a hospital bed with swollen lips, tousled hair and patches on her eyes.

When she returned to school, her grades dropped. As she got older, her desire to become a nurse waned, she said. She started working at foundries, wanting to cover up the scars of her past with the protective gear she wore while on the job.

“I wanted to just hide myself,” she said.

Over the years, she has become sensitive to loud sounds and has experienced post-traumatic stress disorder. Visits to doctors are also a reminder of the past.

It took time before Ms. Rudolph was open to talking about being the “fifth girl” in the bombing.

The law firm Jenner & Block became interested in securing justice for Ms. Rudolph after a former partner heard her speak at an event last year, said Ishan K. Bhabha, one of the lawyers representing Ms. Rudolph.

The law firm’s letter doesn’t specify how much in compensation Ms. Rudolph is seeking, but Alison Stein, another lawyer representing Ms. Rudolph, said her legal team hoped to work with the governor’s office to reach a resolution.

Gina Maiola, a spokeswoman for Ms. Ivey, said that the governor had received the letter and that her staff was reviewing it.

The explosion happened at a pivotal moment during the civil rights movement, providing the nation and the world with a vivid portrait of the horrors of racism and influencing future civil rights legislation.

Months earlier in Birmingham, the Rev. Dr. Martin Luther King Jr. and the Rev. Fred L. Shuttlesworth had led demonstrations against segregation that were met with brutality from the authorities under the direction of Eugene Connor, the city’s public safety commissioner.

“If they had stopped all this racism, this segregation and all that, maybe they wouldn’t have put a bomb in the church,” Ms. Rudolph said.

George Rudolph, Ms. Rudolph’s husband, is a Vietnam veteran who said he could relate to his wife’s post-traumatic stress disorder and her sensitivity to loud sounds. He said he wished she had been granted the same sort of compensation received by victims of other tragedies, such as the Sept. 11 attacks or the Boston Marathon bombings.

“You should be safe in a church or in your own home,” Mr. Rudolph said. “Sarah never did get anything for what she went through.”

It took years before the Ku Klux Klansmen responsible for the bombing were convicted, with part of the delay attributed to the former F.B.I. director, J. Edgar Hoover, who ordered field agents not to meet and share evidence with state and federal prosecutors. 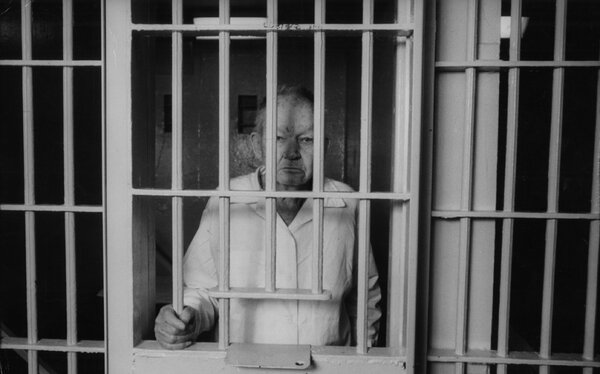 In 1977, Robert E. Chambliss was convicted of the murder of Denise McNair, and in 2001, Thomas E. Blanton Jr. was convicted on four counts of first-degree murder. Mr. Blanton died in June.

Mr. Chambliss, Mr. Blanton and Mr. Cherry all died in prison. Herman Cash, who was named as a suspect in early F.B.I. case files, died in 1994 without ever being charged.

Coronavirus: Winnipeg Lego dad at it again with tribute to front-line workers

From posting bail to legal aid: NGOs go into overdrive at border