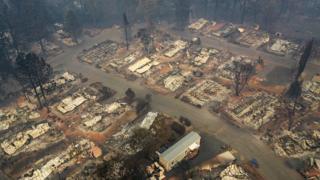 The settlements will be paid out to 14 different bodies as part of the utility company’s bankruptcy reorganisation.

The city of Paradise, which was all but destroyed in a wildfire in November, receives $270m.

The Camp Fire, which started in Butte County, claimed 85 lives – the deadliest in state history.

Californian fire investigators said in May that the blaze was sparked by transmission lines owned by PG&E.

The county’s district attorney is considering possible criminal charges in relation to the fire. 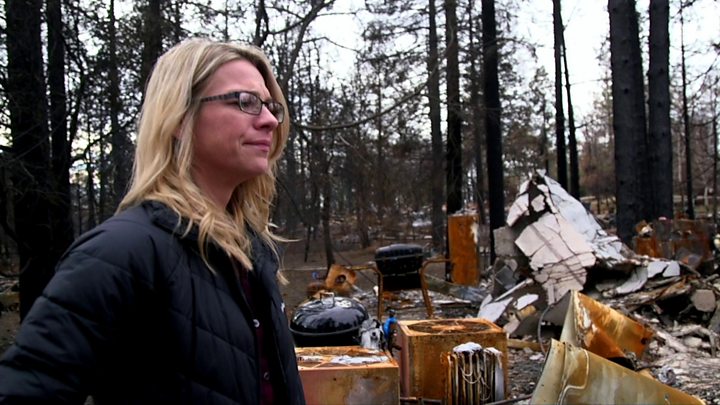 The San Francisco-based utility company filed for bankruptcy in January 2019, citing billions of dollars in liabilities from lawsuits it is facing.

The settlements announced on Tuesday do not include hundreds of individual claims made by businesses and homeowners.

Because of its bankruptcy reorganisation, any financial agreements PG&E reaches still need to be approved in court.

“What we hope is that PG&E can come out of bankruptcy as soon as possible so these funds can be paid,” John Fiske, a lawyer from a firm representing the agencies told Bloomberg.

PG&E told the Reuters news agency in a statement that the settlement marked an “important first step” for “orderly, fair and expeditious resolution” of wildfire claims against it.

Failing New York Subway? Not Always — Once There Were Chandeliers