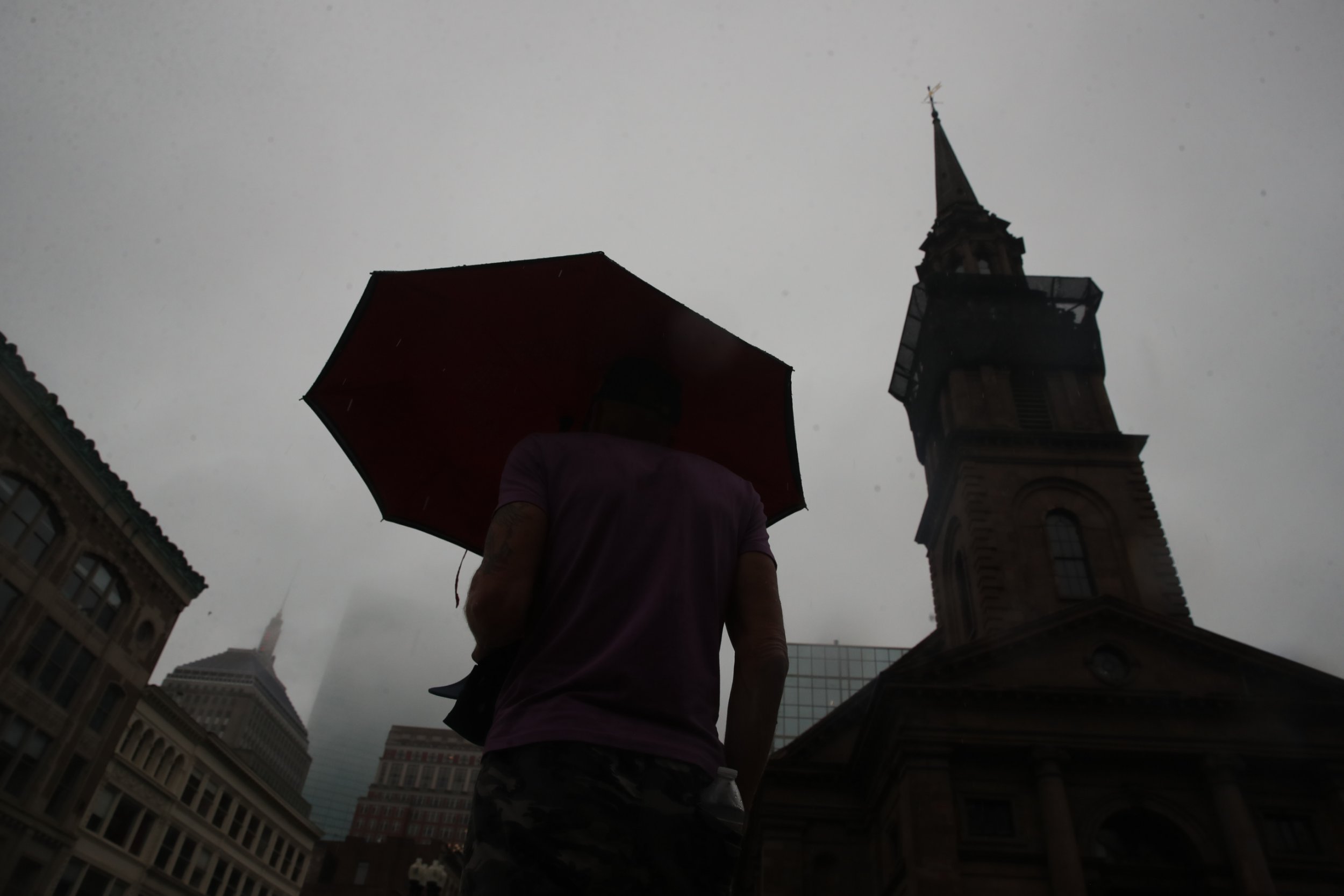 Tropical Storm Henri is shaping up into a hurricane as it spins over the Atlantic and will likely be the first hurricane to directly hit the Northeast in 30 years.

The storm is expected to intensify into a hurricane by Saturday, the US National Hurricane Center said.

Henri is likely to make landfall in southern New England or on Long Island late Sunday, according to AccuWeather.

Meteorologists predict the storm will land along the eastern part of Long Island, between West Hampton and Southampton, in a stretch of New York known as the Hamptons, home of some of the priciest real estate in the US.

‘This is the most serious hurricane risk in New England in 30 years, since Hurricane Bob in 1991,’ AccuWeather Chief Meteorologist Jon Porter said.

Hurricane watches were issued Friday morning by the National Hurricane Center (NHC) for areas spanning from the South Shore of Long Island, New York, to New York City and its surrounding metropolitan area, all the way to Massachusetts’s Nantucket, Martha’s Vineyard and Block Island.

Residents of the Northeast, especially New England and Long Island, should monitor Henri’s progress closely, meteorologists warn, since the storm may bring wind, rain and storm surge impacts to parts of the region late this weekend into early next week.

As of 5pm Friday, the NHC said Henri was a strong tropical storm with sustained winds of 70 miles per hour, just 4 mph shy of hurricane force. The storm was located 290 miles south-southeast of Cape Hatteras, North Carolina, and 695 miles south of Montauk, New York, and moving north-northwestward at 7 mph, according to AccuWeather.

‘We don’t want people to be stuck in traffic on the Cape Cod bridges when the storm is in full force on Sunday,’ he said.

‘We haven’t been down this road in quite a while and there’s no doubt that we and the rest of New England would have some real difficulties with a direct hit from a hurricane,’ he said.

Thursday marked 30 years since Hurricane Bob, the last hurricane to hit the Northeast, landed in Rhode Island as a Category 2 storm. More than $1.5billion worth of damage resulted from the storm, as well as at least 17 deaths.

The National Weather Service issued a warning for potential damaging winds and widespread coastal flooding from Henri. Officials in Massachusetts, Connecticut and New York are cautioning people that they could lose power for a week or longer. People are also being urged to secure their boats, fuel up their vehicles and stock up on canned goods.