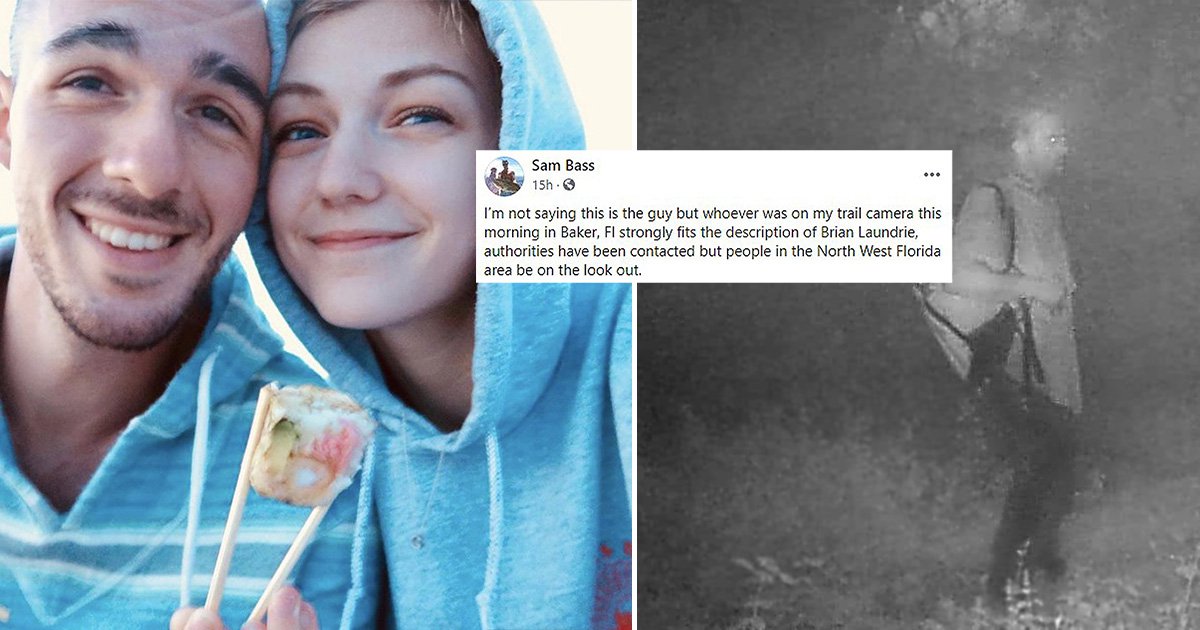 A possible sighting of ‘person of interest’ Brian Laundrie is being investigated by authorities in Florida. The probe comes after a report that someone resembling the fiancé of missing van-life blogger Gabby Petito was seen on a deer cam 500 miles from his North Port, Florida home.

Sam Bass told police he spotted a man who resembled Laundrie when setting up his deer camera in the wilderness in Baker, Florida, early Monday morning.

The 23-year-old is a person of interest in Petito’s disappearance after he returned from their camping trip alone. Laundrie had been reported missing by his parents on Friday.

‘I’m not saying this is the guy but whoever was on my trail camera this morning in Baker, Fl strongly fits the description of Brian Laundrie, authorities have been contacted but people in the North West Florida area be on the look out,’ Bass shared to Facebook.

The photo provided to police by Bass shows a man with similar physical features as Laundrie, including a slim build and bald head, walking through the woods.

The man was spotted at 6:17 a.m. Monday wearing a backpack similar to one Laundrie had been pictured wearing. His parents also told authorities he had left home with a backpack to go on a hike in the area, but he never returned, the New York Post reported.

Crews searched for Laundrie in Carlton Reserve in Sarasota County on Tuesday. The hunt for Laundrie comes after authorities for a body believed to be Petito’s in Grand Teton National Park in Wyoming.

The apparent body of the 22-year-old woman was found after a pair of YouTubers spotted a white van they believed to be the 2021 Ford Transit used by Petito and Laundrie.