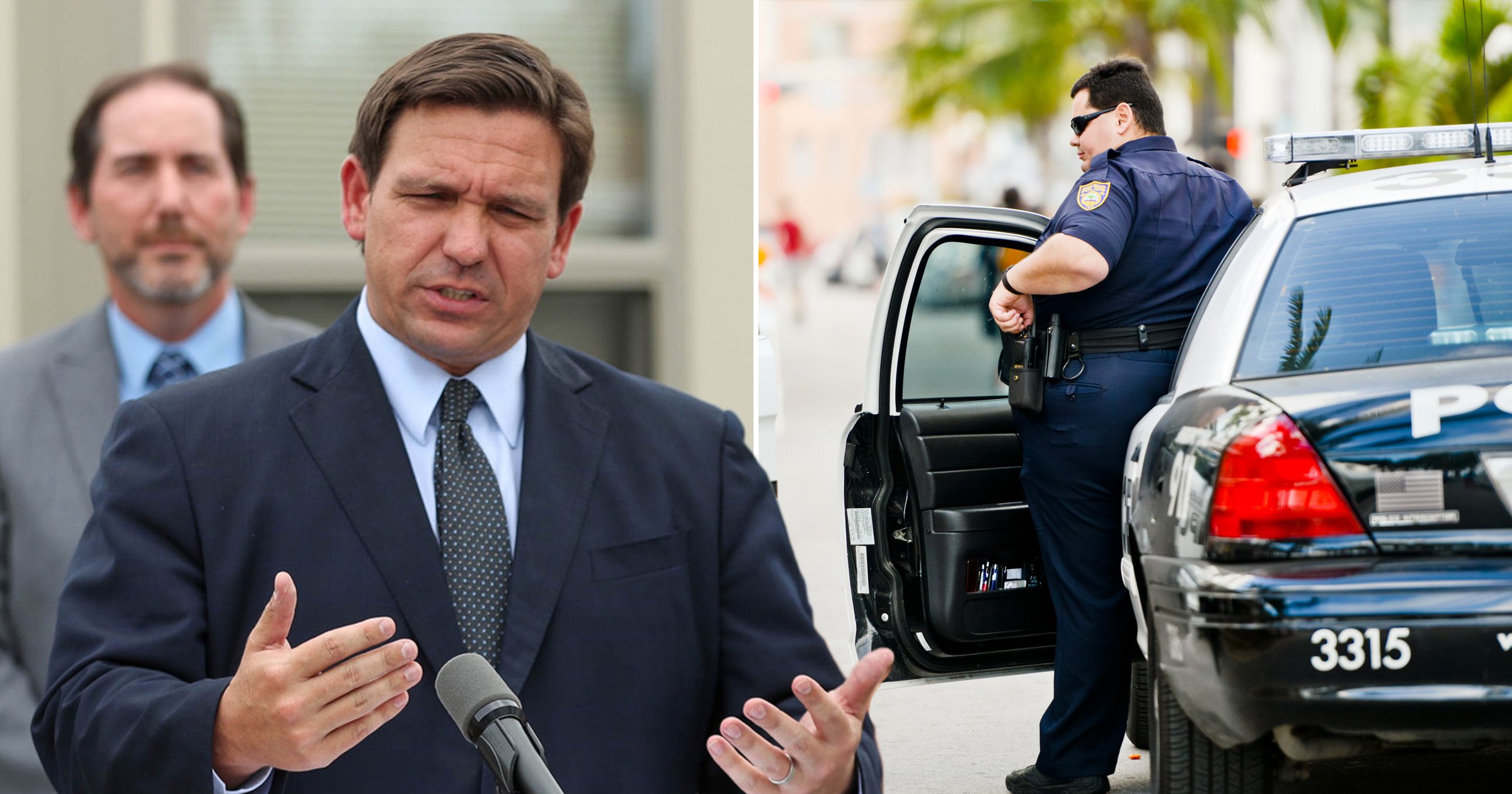 The move comes as cities and states implement coronavirus vaccine mandates, which have left many police unions to spar with local leaders.

Six police officers have sued the city of Los Angeles over the mandate, claiming it violates their civil rights and creates a ‘hostile work environment’.

The head of Chicago’s police unions urged officers to ignore the deadline to report their vaccination status, saying to ‘hold the line.’

In Massachusetts, at least 150 officers have resigned, and last week the president of New York City’s largest police union said it will sue Mayor Bill de Blasio over the city’s vaccine mandate, which requires employees to get their first shot before November 1, the Washington Post reported.

DeSantis said Sunday on Fox News that the legislation comes at a time when the state desperately needs additional officers.

‘In the next legislative session I’m going to hopefully sign legislation that gives a $5,000 bonus to any out-of-state law enforcement that relocates in Florida,’ DeSantis said.

‘So NYPD, Minneapolis, Seattle, if you’re not being treated well, we’ll treat you better here. You can fill important needs for us and we will compensate you as a result.’

‘Nobody should lose their job based off these injections,’ DeSantis said.

He said he will also continue to oppose mandates imposed by local governments in the state as well. He has also banned Florida school districts from requiring students to wear masks.

More police officers in America have died from the coronavirus over the past two years than from any other threat they face on the job – and despite this, many are still reluctant to get vaccinated.