Home » Americas » For Immigrants Watching a Mob Storm the Capitol, a Sense of Shock and Shame

A little more than five years ago, Ahmad Shah Srosh was standing alongside the U.S. soldiers who had come to his country, helping them promote democracy to his fellow Afghans. He was called an “infidel” for this work; his brother was murdered because of it. But Mr. Shrosh saw in the United States an example of the rewards that awaited when true democracy took root.

“Every country follows the democracy of the United States,” Mr. Srosh, 31, said from his home in Houston, where he now lives with his wife, Hassina, and two U.S.-born daughters.

On Wednesday, he watched the footage of American mobs storming into the Capitol, leading a frenzied parade through the rotunda and ransacking congressional offices. It reminded him of insurgents in his home country, pillaging cultural sites and desecrating sanctuaries in the name of regime change. It was all so saddening.

“Yesterday was the blackest day for democracy, not just in the United States but the world,” he said. “Those people brought us shame. They tried to show democracy is nothing.”

The overrunning of the Capitol was a shocking sight for Americans, who never thought they would see something like it in their home country. But it triggered a particularly complicated wave of emotions among immigrants and refugees, especially those who fled from countries wracked by violence and instability.

Some found it painfully reminiscent of what they thought they had left behind, and others wondered what other terrible things could lie ahead. And many, like Mr. Srosh, spoke of shame. After years of seeing the United States as a beacon of democracy, these new Americans found themselves asking: Had their new country fallen this low? Or was this what it was all along? 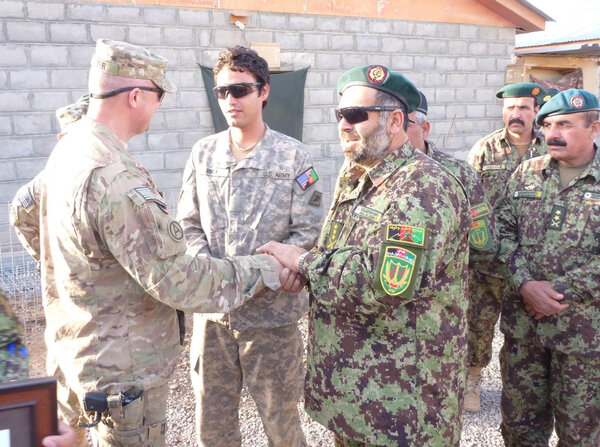 Many countries around the world, including some of the very nations that thousands of refugees in America once fled, condemned, gloated or expressed alarm about the events in Washington.

The Turkish Foreign Ministry said in a statement that it believed the country would overcome “this internal political crisis in a mature manner,” but warned Turkish citizens in the United States to avoid crowded areas nonetheless.

The Venezuelan government condemned the “spiral of violence” but expressed hope that it would end soon and “the people of the U.S. can finally open a new path toward stability and social justice.” Russian officials, Iranian leaders and even Moktada al-Sadr, once the leader of an insurgent militia that was a bitter enemy of the American armed forces in Iraq, all pointed to the scenes at the Capitol as proof of U.S. hypocrisy.

Many immigrants were all too aware of what the world was seeing of their adopted home. Through Facebook, text apps and phone calls, messages have been coming in from friends and family asking what was going on, how it came to this, and whether they were safe living in America.

Benedict Killang’s father calls him regularly from South Sudan, a place Mr. Killang left 25 years ago when every day seemed more dangerous and violent than the one before. In recent days and weeks, he has been calling with a growing sense of worry.

“He is just calling to check in,” said Mr. Killang, 50, now raising four children in Pittsburgh. “He is saying, ‘The place you are in is not safe.’” Particularly after Wednesday’s events, Mr. Killang cannot fully disagree.

The images of the rioting in Washington are disorientingly far from the idea of the country many immigrants thought they were coming to, a place most of them believed to be of singular stability and openness.

Living for years in a camp for Bhutanese refugees in Nepal, Khara Timsina dreamed of America as a place where he would finally be able to speak freely without fear of retribution. It was clearly the greatest, most democratic place on earth, he thought then.

Reality did not quite meet expectations when he arrived in Pittsburgh 12 years ago. The country was not as welcoming to outsiders as he had pictured. In recent years, as President Trump and others spoke with increasing hostility toward immigrants, he had begun to fear that worse days were coming.

“But not as worse as what I witnessed yesterday,” he said. He had found a home in the United States, after being stateless for most of his life, but now, he said, “it’s a shame to be an American.”

Plenty of immigrants and refugees are used to feeling such sentiments about the countries they had fled; that was why many had left them. It was feeling this way about America that was new.

“We witnessed a rupture of democracy that we thought we could only experience in banana republics like my own,” said Jessika Giron, 46, of Honduras. Ms. Giron, who lives in Dover, N.J., with two American children, said that her family and friends in Honduras bombarded her with texts after seeing the images of U.S. lawmakers barricaded against a rampaging mob.

What transpired on Wednesday reminded her of the dark days in Honduras, most recently the coup d’etat in 2009. She knew firsthand what it looks like when democracy is cracking, and now she was witnessing it in the nation that embodies it. “At what point have we arrived, when the Congress is invaded by a disorderly group of people? This situation is not good at all,” she said. “These are signs that you cannot ignore.”

The familiarity of it all was perhaps the most disconcerting part.

Carla Miranda, 34, a lawyer, fled Venezuela in 2013 after receiving death threats for representing people in opposition to the former strongman Hugo Chávez. “All these things that happened yesterday brought back bad memories,” she said of the rioters who invaded the Capitol. “It reminded me of the Chavistas. They look a lot like the Chavistas. They followed all these conspiracy theories.”

Ms. Miranda said she had never intended to leave her homeland but was forced to flee after receiving death threats. During the past four years in the United States, she has grown increasingly uncomfortable with the leadership of the president, seeing in many of the hard-right Trump loyalists frightening echoes of the paramilitary groups — the “colectivos” — through which Mr. Chavez imposed his will. The mob attack on Wednesday shook her to her core.

“It’s terrifying because I see how challenging the next few years will be for us,” she said. “We believe in this country, freedom of speech and the values this country upholds. Abroad we call this country the land of freedom. Immigrants like me come here looking for that.”

Doubts about that had begun seeping in. Even some immigrants who had supported Mr. Trump, drawn to a sort of tough talk they thought reflected the brutal realities of the world, had already been growing uneasy with how aggressively that tough talk was being used at home. The question for many of them now is how much worse it might become, even after Mr. Trump leaves office. No one — neither their fellow immigrants nor their American-born friends — seems to have a good answer.

Late into Wednesday night, Felix Lohitai was texting with friends around the country, both immigrants and homegrown Americans, about the rioting in the nation’s capital.

“The immigrants saw what happened with a feeling of despair,” Mr. Lohitai said. “‘Oh we thought this was only happening in our country, and it is happening here.’ Most of the Americans are feeling shame, asking how did we let this happen.”

Mr. Lohitai was in neither camp. As a young man he fought as a soldier in South Sudan; when he arrived in the United States as a refugee in his 30s he studied international relations in college. Now he is 56, an American citizen living in Erie, Pa., with three children in the U.S. armed forces. Very little surprises him anymore.

“I was not shocked, I was not,” he said of the day’s events. He ticked off a long list of strongmen rulers around the world, some he knew about from firsthand experience, some he had studied. They all rose to power in political environments similar to what the United States has experienced in the last few years, he said, and they all had certain qualities he now sees in Mr. Trump.

“He showed Americans the truth,” Mr. Lohitai said. “This is a divided country.”