Home » Americas » For Transgender Americans, the Political Gets Even More Personal 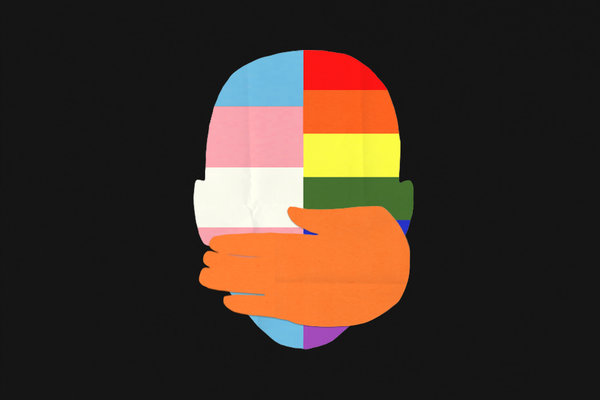 Gender Letter helps you keep up with the world — and the women and issues shaping it. Tell me what you think at [email protected]com.

On a panel of L.G.B.T.Q. journalists a couple of weeks ago, I was asked what news organizations were missing in our coverage of issues affecting this segment of the population.

For me, the answer was easy: Americans deserve a wider and more thorough examination of local and state legislation that relates to gender identity and sexual orientation. The Human Rights Campaign, which advocates protections of L.G.B.T.Q. people, tracked 129 bills introduced across 30 states last year that it described as anti-L.G.B.T.Q.

And that was before new reports this week that the Trump administration is moving to roll back protections for transgender Americans, possibly legally invalidating their existence by narrowly defining gender as based on sex assignment at birth. About 1.4 million Americans consider themselves transgender, according to a 2016 analysis of federal and state data.

Transgender advocates said that the timing, just weeks before the midterm elections, made them feel like the latest “pawns” in wedge-issue politics.

On Wednesday, the Justice Department told the United States Supreme Court that businesses can discriminate against workers based on their gender identity without violating federal law, Bloomberg Law reported.

[Sign up here to get future installments of the Gender Letter delivered to your inbox.]

“Transgender people are frightened,” said Sarah Warbelow, the legal director of the Human Rights Campaign. “At every step where the administration has had the choice, they’ve opted to turn their back on transgender people.”

Under President Trump, several federal agencies have withdrawn Obama-era policies that recognized gender identity in schools, prisons and homeless shelters. The administration has also tried to remove questions about gender identity from an upcoming 2020 census survey.

This is happening amid a midterm campaign that has seen a record number of L.G.B.T.Q. candidates.

Here are some examples of what is going on at the state level:

In November, Massachusetts residents will vote on a whether to undo Senate Bill 2407, which protects transgender people from discrimination in public places. When Gov. Charlie Baker, a Republican, signed the bill in 2016, it was heralded as a watershed moment for equal rights.

A group of conservative and religious activists — who feel 2407 infringes upon the privacy of women and children — collected enough signatures to qualify its repeal for the ballot. It will be the first time a law explicitly banning discrimination against transgender people is put to a statewide vote.

Montana, South Dakota and Tennessee also saw bills advance this year that aimed to limit protections for transgender people in public places, though all eventually foundered.

In Montana, the initiative was approved by the attorney general but supporters did not collect enough valid signatures to qualify the measure for the ballot. In South Dakota and Tennessee, the bills were defeated in committee.

In May, after a last-minute push by conservative and religious groups, Governors Mary Fallin of Oklahoma and Jeff Colyer of Kansas, both Republicans, signed bills into law that allowed taxpayer-funded adoption agencies to refuse to work with same-sex couples. Similar bills in Georgia and Colorado were introduced and defeated this year.

Trans-lit comes of age. Transgender writers are embracing the novel, and a number of recent works — often genre-bending as well as gender-bending — have won critical acclaim. [The New York Times]

Not as simple as X and Y. No single biological measure unassailably places each and every human into one of two categories — male or female. [The New York Times]

Boy talk. Some pioneering programs are teaching boys to question gender roles, both for their own well-being and as a way to prevent sexual violence. [The New York Times]

Protecting the accused. Google shielded three male executives accused of sexual misconduct, including Andy Rubin, who was given a $90 million exit package. [The New York Times]

#MeToo is changing who’s in charge. Of 201 powerful men brought down since Harvey Weinstein, 43 percent of their replacements were women. [The New York Times]

In the spring of 1993, hundreds of thousands of L.G.B.T. people and their supporters rallied in Washington. Splashed across the front page of The New York Times on April 26 was the headline: “Gay Marchers Throng Mall in Appeal for Rights.”

The march called for the passage of a civil-rights bill to end discrimination against lesbian, gay, bisexual and transgender people by state and federal governments; for the definition of family to include the full diversity of all family structures; and for an end to violent oppression based on sexual orientation, race and sex.

"Make no mistake, America," David B. Mixner, a longtime gay friend of then-President Bill Clinton, told the crowd. "We won't compromise our freedom. We won't go back. We will win."

Like this article? Sign up here to get future installments of Gender Letter delivered to your inbox.

Tell me what you think at [email protected].

US submarine commander fired after crash into sea mountain