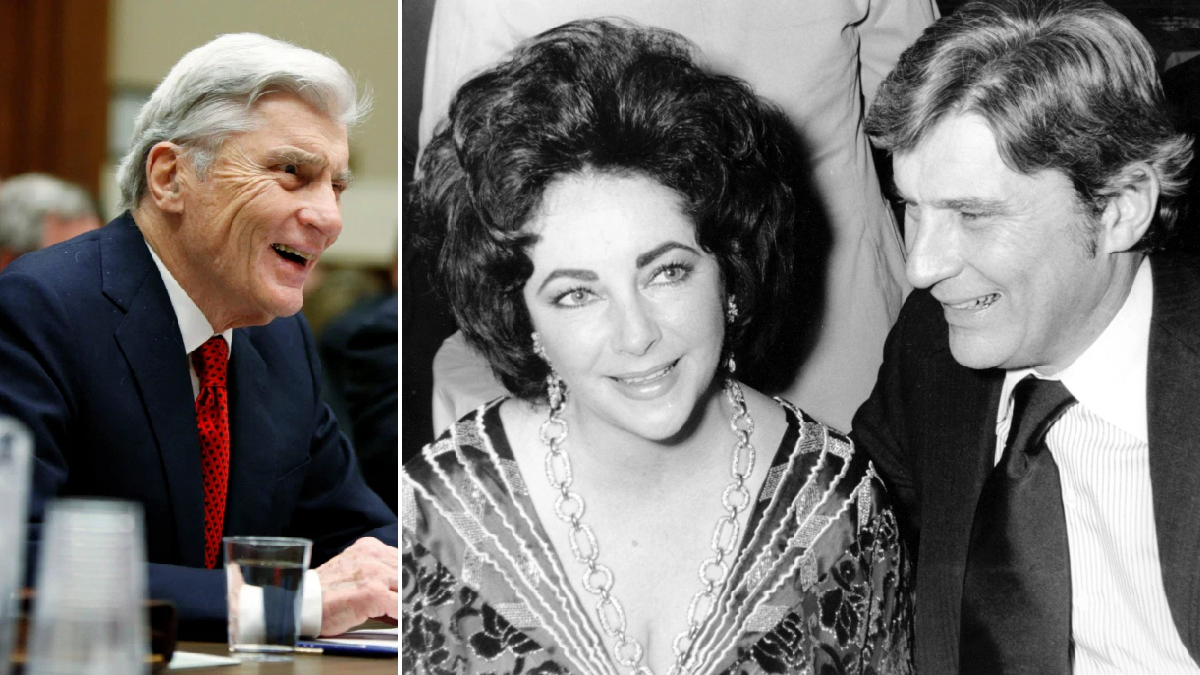 Former Republican Senator John Warner, who was married to English-American actress Elizabeth Taylor, has died at the age of 94, his longtime chief of staff said on Wednesday.

Warner died of heart failure on Tuesday at his home in Alexandria, Virginia.

‘He was frail but had a lot of spirit and was involved until his last days,’ said his chief of staff Susan Magill.

Warner spent his last moments of life accompanied by his daughter and wife Jeanne Vander Myde, a real estate agent he married in 2003. Warner and Taylor divorced in 1982 and he was the sixth of her seven husbands.

He married Taylor in 1976 and won a seat in the Senate two years later. Warner’s critics claimed he was riding on the coattails of Taylor, who was among the most prominent classical Hollywood cinema stars in the 1950s. Warner won the Senate race by a razor-thin margin of 4,721 votes of 1.2million cast but sailed to reelection in 1984 and 1990.

Warner served five terms as a centrist Republican who garnered support from moderates of the GOP and Democratic Party, until he retired in 2008.

Later, Taylor, who died in 2011 at age 79, wrote that she ‘just couldn’t bear the intense loneliness’ when Warner was consumed with his government work. She indicated that they stayed friends after parting ways.

Warner served as the Senate Armed Services Committee chairman and supported President George W Bush’s war on Iraq. He was widely popular among his constituents.

‘Virginia has lost an unmatched leader, and my family has lost a dear friend,’ said Democratic Senator Tim Kaine of Virginia.

Warner was born in Washington, DC, and volunteered as a 3rd class electronics technician for the US Navy at age 17. He graduated with an engineering degree from Washington and Lee University and earned his law degree from the University of Virginia.

Warner is survived by Myde and three children, Mary, John and Virginia.