The federal government was about to shut down. But on Friday evening, a Utah state employee had a delivery to make: three checks, totaling $46,034 and payable to the government in Washington that would soon close indefinitely.

Utah officials viewed the checks as lifelines, the only way they knew to keep some of their state’s most popular and lucrative national parks running at close to normal at the height of the holiday season.

“We don’t like having to do it, and the federal government should be doing it,” Gov. Gary R. Herbert of Utah said in an interview on Monday. “We’re frustrated — we’re probably beyond frustrated, maybe even angry — but we’re prepared.”

From Albany to Phoenix, state governments are choosing not to wait on a breakthrough in Washington to end the year’s third federal shutdown. Instead, they have begun tapping their own treasuries to keep a patchwork of federal properties open and maintained during the spending standoff. The strategies could collectively cost states, as well as private companies and groups that sometimes step in, more than $590,000 a week, and likely far more.

“It’s no way to manage one of America’s crown jewels,” said David J. Hayes, who was deputy secretary of the interior for parts of the Clinton and Obama administrations. “If we’re put in a situation as a country where we have to plan for government shutdowns and develop sophisticated contingency approaches for providing full services in the absence of funding, we’ve entered some sort of twilight zone.”

It is not clear when this government shutdown, which began on Saturday, will end. Congress is not expected to reconvene until Thursday, and the White House has signaled that the shutdown, which centers on President Trump’s insistence on funding for a wall along the southern border, might extend into 2019.

All the while, states are making deals. Utah moved to make sure visitors’ centers at Arches, Bryce Canyon and Zion national parks would not immediately go dark. New York is spending $65,000 a day to keep the Statue of Liberty and Ellis Island open to tourists. Puerto Rico agreed to pay up to $80,000 for two weeks of services at the San Juan National Historic Site. Arizona has agreed to spend about $9,200 a day to make the shutdown “invisible to visitors” at Grand Canyon National Park, as the governor’s spokesman put it on Monday.

Although many parts of the park network were closed or mostly unstaffed, the National Park Service said Monday that it had reached more than 40 agreements with states, concessionaires and partner groups “to provide various visitor services at a number of national parks.” In California, for instance, workers for the State Department of Parks and Recreation are cleaning restrooms and removing trash at Redwood National and State Parks. In Mississippi, the Vicksburg National Military Park is open for “basic operations” because of a private organization’s donation.

Government officials, especially those responsible for tourism and economic development, said they had worried that failing to act — and allowing parks to remain closed, or open and uncleaned — would tarnish carefully cultivated reputations and turn off visitors.

Carla Campos, the executive director of the Puerto Rico Tourism Company, which is a part of the island’s government, predicted that there would have been “severe repercussions” if the territory’s leading attraction had been unavailable. The $80,000 payment to the federal government, she argued, represented “a minimal investment,” even in an area that has been economically battered.

“We’re definitely optimistic about the fact that this will ensure that the visitors who come to Puerto Rico will have the experience that they expected to have,” Ms. Campos said.

The frantic negotiations between state and federal officials have their origins in shutdowns past. In 1995, Arizona’s governor threatened to use the National Guard to force the reopening of the closed Grand Canyon park. And some governors were outraged in 2013 when the Obama administration ordered a sweeping closure of the national park system during a shutdown, a decision that they said imperiled rural economies that depend on tourists.

The federal government soon reached agreements with Arizona, Colorado, New York, South Dakota, Tennessee and Utah to operate parts of the park network, including Great Smoky Mountains National Park and the Mount Rushmore National Memorial, according to the Interior Department. In a report after the shutdown, the Park Service said that every dollar that states used to reopen parks early had led to about $10 in spending by visitors. 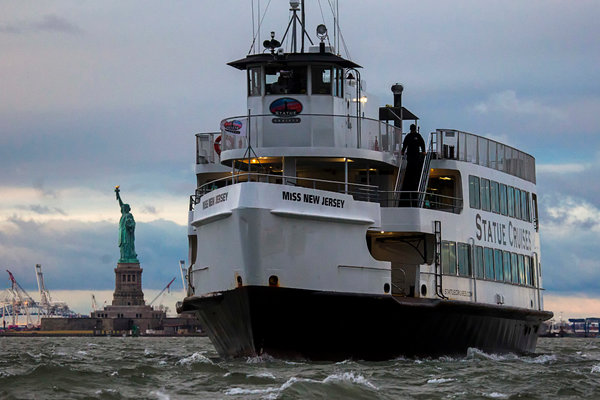 The 2013 agreements also created the contemporary foundation of the accords that are being reached now.

“The states that write checks to open the parks make the case that shutting the government down is tough on them,” said Sally Jewell, who helped negotiate the 2013 deals when she was the secretary of the interior. “The states that would want to keep them open would be those that have a strong economic incentive to do that and run the risk of losing a lot of revenue, like Utah would.”

The Trump administration has adopted a different approach to Park Service shutdowns than the one Ms. Jewell oversaw. The Interior Department’s plan for this year’s shutdown, which called for furloughs of 21,383 Park Service workers, has allowed many areas of national parks, including open-air memorials and trails, to stay open to visitors. But ordinary services, like restroom maintenance, trash collection and snow plowing, are not being offered. Officials have the discretion to close “sensitive natural, cultural, historic, or archaeological resources vulnerable to destruction, looting, or other damage.”

Even with that discretion, the administration’s strategy has alarmed former officials like Ms. Jewell, who argued that open but largely unmanned parks posed risks to visitors and properties alike.

“We’ve got the worst of all worlds right now,” she said. “You’ve got a dangerous situation, and a situation where our nation’s treasures are put at risk. There is now a very small number of law enforcement who can patrol and stop poaching, looting and vandalism, as well as people not realizing the risk and potentially hurting themselves.”

But with no solution in sight, some states regard their stopgap agreements with Washington as the only feasible solution.

“Symbolically, while we’re watching government at its worst in Washington, the Statue of Liberty is a symbol of America at her best,” Gov. Andrew M. Cuomo of New York said in a radio interview with 1010 WINS. “So, keeping the torch lit I think is a perfect metaphor while this situation is devolving in Washington.”

Mr. Cuomo’s government has underwritten Statue of Liberty operations in the past, and he and other governors have been settling into something of a routine for shutdowns. In February, after the second of what would become three government shutdowns in 2018, Arizona’s governor signed an executive order that demanded a state-level plan to keep the Grand Canyon open during future shutdowns.

“Whereas,” the order noted acidly, “this isn’t the first time this has happened — and unfortunately, it likely won’t be the last.”

But officials across the country said Monday that they did not expect their states to prop up the parks indefinitely, or even with regularity. For now, though, they said the emergency payouts — technically classified as donations to the Park Service — are warranted.

“The reality is, we invest monies all the time in places we think are important, and this has allowed us to say, ‘Well, the federal government is not functional. They’re dysfunctional. We’ll put some money up here to keep the economy going for rural Utah,” Mr. Herbert said.

Still, there was little joy in Salt Lake City last week while state officials hammered out the latest deal with their counterparts in the federal government.

“I just paused at one point in the call and said, ‘We’ve gotten pretty good at this,’” Vicki Varela, the managing director of the Utah Office of Tourism, Film and Global Branding, recalled.

“What a strange thing to be proud of.”

Make sure to update your app: Here’s what’s different about this WhatsApp hack