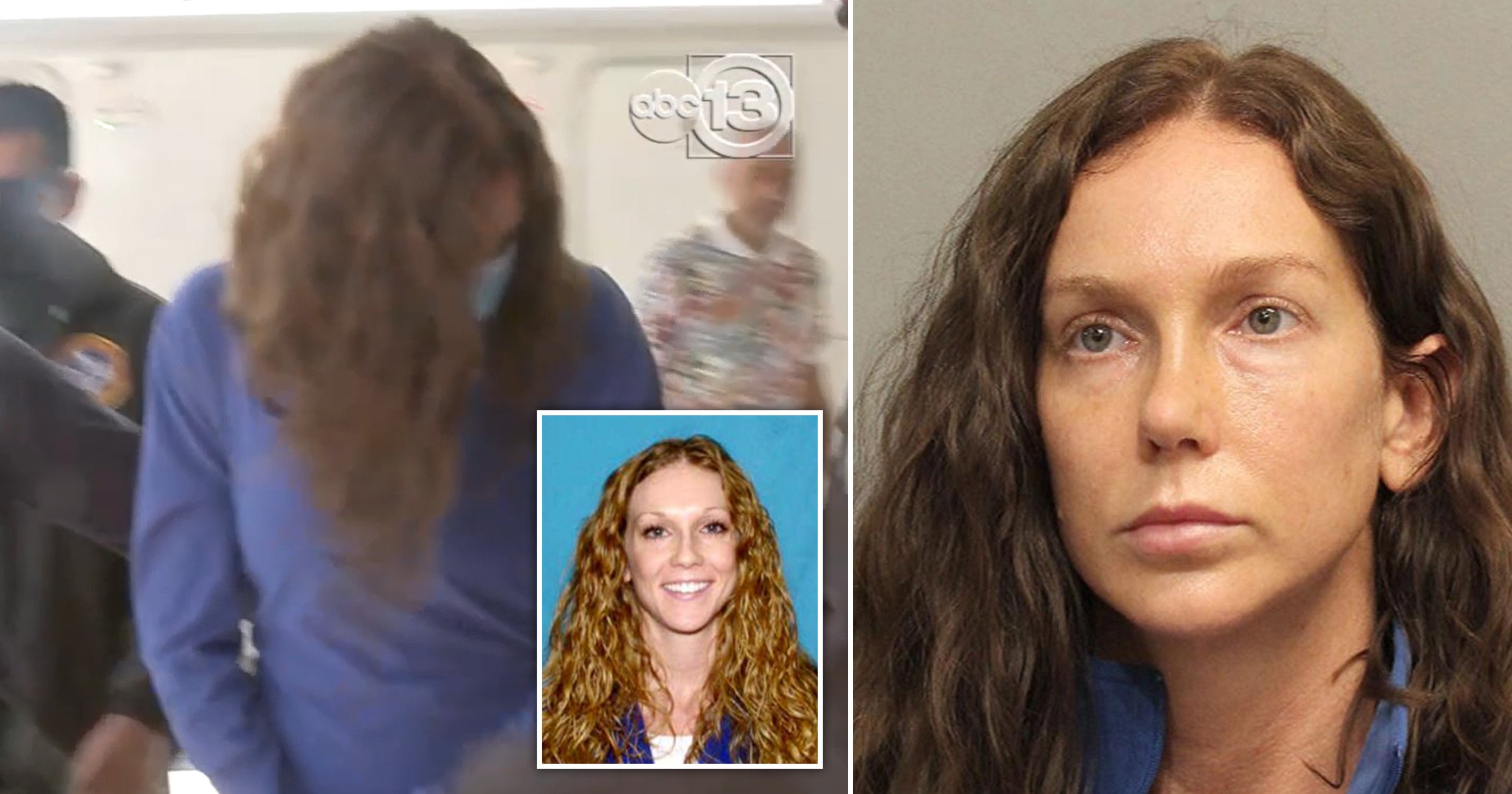 A yoga teacher who fled the US and spent six weeks on the run in Costa Rica allegedly got cosmetic surgery to avoid authorities.

Kaitlin Armstrong, 34, was arrested on suspicion of murdering cycling star Anna Moriah Wilson in a feud over the fugitive’s on-and-off boyfriend.

She allegedly shot her love rival several times and fled to Central America not long after she was questioned by police in Austin, Texas.

Wilson, 25, was found ‘lying on the bathroom floor covered in blood’ at a friend’s apartment on May 11, court documents show.

A murder warrant was issued for Armstrong eight days later, by which point she’d already left the country.

From there, she is thought to have used a fake passport – or potentially her sisters’ – to board a flight from Newark to San José on May 18.

Armstrong ‘significantly changed her appearance’ while in hiding, according to Deputy US Marshal Brandon Filla.

He said her hair had been cut to ‘shoulder length’ and had ‘dyed it dark brown’, which was potentially an attempt to look more like her sister, Christine, 31.

Eventually Armstrong was arrested at a $50-a-night ‘treehouse’ hostel on Santa Teresa Beach in Provincia de Puntarenas on June 29.

A witness who says he saw her being detained claims to have seen the suspect walking around with a ‘bandage on her nose and blood in her nostrils’.

Zachary Paulsen told Inside Edition how she was ‘just asking about how to get around cheaper’ when police showed up for a routine check.

He says she was arrested after cops were unable to find her fake name on their database.

Paulsen claimed Armstrong had left two American passports in a locker, one of which had her name, and the other appearing to belong to her sister.

He also said he found $6,350 (£5,300) receipt for cosmetic surgery under ‘another name’ among her belongings, although it doesn’t say which services were provided.

Filla told the Today Show that Armstrong was captured ‘at a good time’, as she could have changed her appearance more to throw authorities off the scent.

The US marshal for Austin said she may have later attempted to get tattoos to make her harder to identify.

Armstrong went by the name ‘Ari’ during her stay at Don Jon’s Lodge, where she first arrived on June 8, according to sources.

They say staff repeatedly rejected her requests to work as a yoga instructor, but eventually caved in and let her help with classes when the regular teacher was off.

One source, who said Armstrong ‘didn’t talk to anyone’ and sat ‘apart from the others’, said she also took some shifts working at the reception.

Following her arrest in Costa Rica, Armstrong was pictured arriving in handcuffs at George Bush Intercontinental Airport in Houston on Sunday.

She was then taken on to Harris County Jail and will be transferred to Austin to face charges of murdering Wilson in a feud over her boyfriend Colin Strickland.

The victim, a ‘world class’ cyclist originally from Vermont, was staying at the apartment of her friend Caitlin Cash ahead of an upcoming race.

On May 11 – the date of the killing – police discovered Wilson had gone to dinner with Armstrong’s on-off boyfriend Strickland.

He told investigators the two of them had been swimming at Deep Eddy Pool before having burgers together at Pool Burger.

Strickland said he’d picked her up on his BMW motorbike at 5.45pm before dropping her back off at 8.36pm.

He stopped off shortly afterwards and texted Armstrong, telling her he’d been dropping flowers to another friend and that his phone had run out of battery.

But he was unaware that his girlfriend had allegedly been tracking the pair of them using cycling and running app, Strava.

A neighbour told DailyMail.com that her security camera captured Armstrong’s black Jeep Cherokee outside the home at 8.35pm.

She added that the suspect had been caught on camera the previous day riding a bike in the same spot.

After police discovered Armstrong had a misdemeanour warrant for a theft of services charge, they used the opportunity to question her about Wilson’s death.

They’d received an anonymous tip that she’d flown into a rage after discovering Strickland had previously been romantically involved with Wilson in January 2022.

They had to release her after learning the warrant had expired, but during the interview, they showed her surveillance footage of her SUV stopping outside Cash’s apartment on May 11.

A time-stamp showed it was just one minute after Wilson entered the building after her evening with Strickland.

Armstrong accepted it ‘doesn’t look good’, and legal documents say she ‘had no explanation’ as to why her car was in the area.

Mum charged with murder of daughter who ‘died of terminal illness’

Reign in costs, and spell it out, retired prof tells ICBC