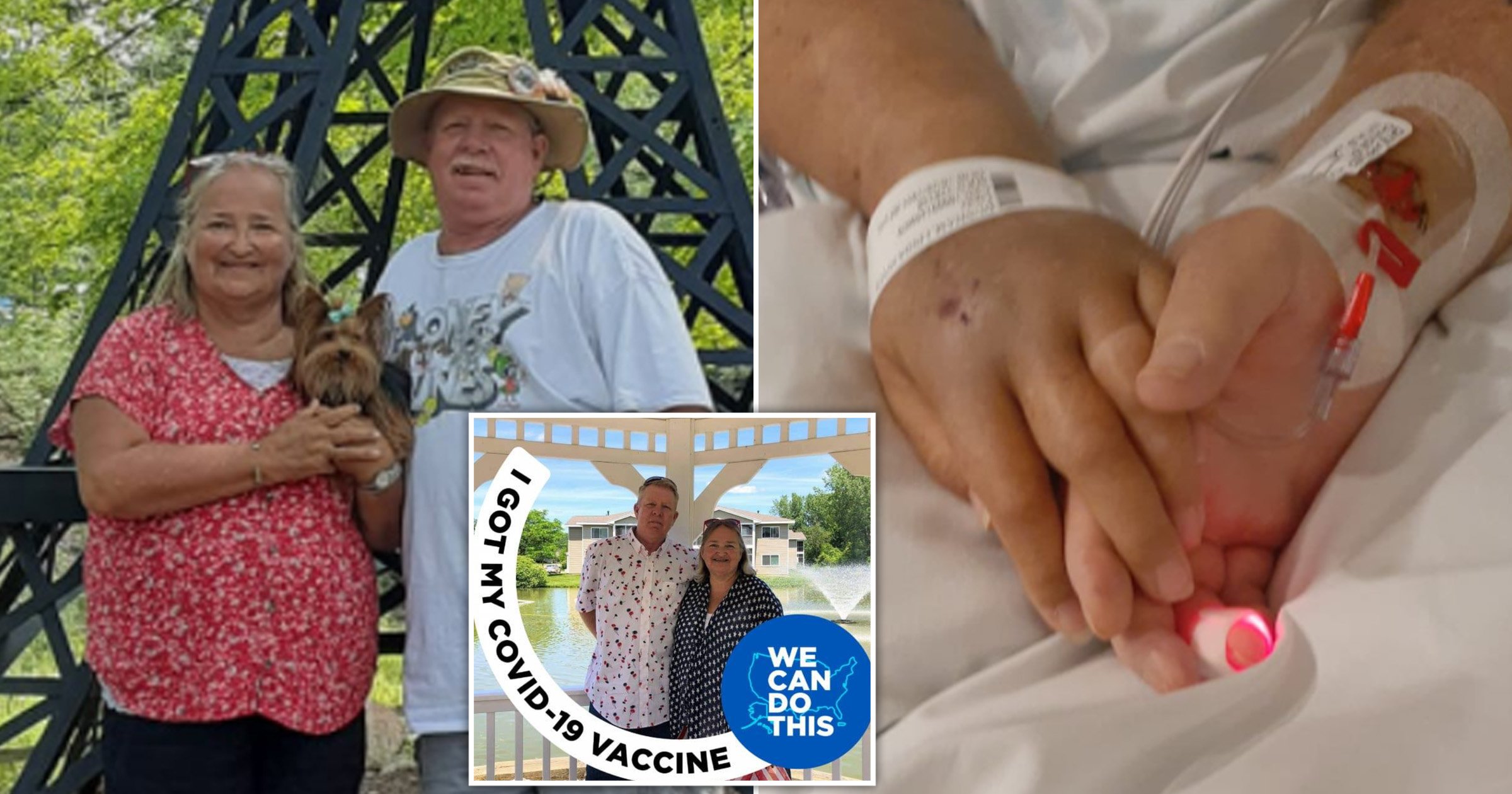 A fully vaccinated married couple with underlying health conditions died of Covid-19 a minute apart from each other.

Cal Dunham, 59, and wife Linda, 66, of Grand Rapids, Michigan, died Sunday, despite being having been fully vaccinated for months and taking necessary precautions against the virus.

The couple began feeling sick in the days leading up to a family camping trip, their daughter Sarah Dunham told FOX 17.

‘(My dad) called me before our family camping trip and said he wasn’t feeling good but he thinks it’s like a sinus, and (Linda) caught it and she’s like, he gave me his cold,’ she said.

‘The third day they woke me up and said, “We’ve got to go because we don’t feel well”. So I packed them all up and they left.’

In the following days, the couple were hospitalized and put on ventilators. Both had undisclosed preexisting conditions that made their health decline more rapidly.

On Sunday, doctors told Sarah and the family there wasn’t much else they could do, and that the couple would likely need to be taken off life support on Monday.

‘They had other plans,’ Sarah told the FOX affiliate. ‘It was Sunday and dad’s like, “You know what? This is what we’re going to do today.”‘

Moments after being wheeled into the same room, Cal died at 11.07am.

Less than a minute later, Linda joined him. The couple held hands in hospital beds beside one another when they died.

Their daughter described the pair’s love as something others aspire to.

‘The love that they found together after a previous marriage is fantastic,’ Sarah said. ‘They were the people that you just looked at and you were like, “I want to be old like that, I want that love when I’m at that age.”‘

She took some comfort in knowing that just as in life, her parents who did everything together, were together in death, too.

Despite the amount of comfort she has knowing her parents died together, Sarah says she also feels anger setting in due to people who aren’t taking the virus seriously.

A GoFundMe was set up to ease the burden that goes into the unexpected arrangements.

Kendra DeYoung, who launched the page for the family, described Linda as a ‘second mom’ who was there for her through it all.

‘She was there for me during my first heartbreak, my first speeding ticket, decorating my first house, right by my side when I choose my wedding dress, my mistress of ceremony on my wedding day,’ DeYoung posted in a Facebook tribute.

‘I’m just shattered by this incredible loss, not only for myself, but for the world! As she absolutely made the World a better place! Mom, you will be sooo missed but celebrated.’