A Wyoming coroner has revealed that Gabby Petito’s cause of death was strangulation. 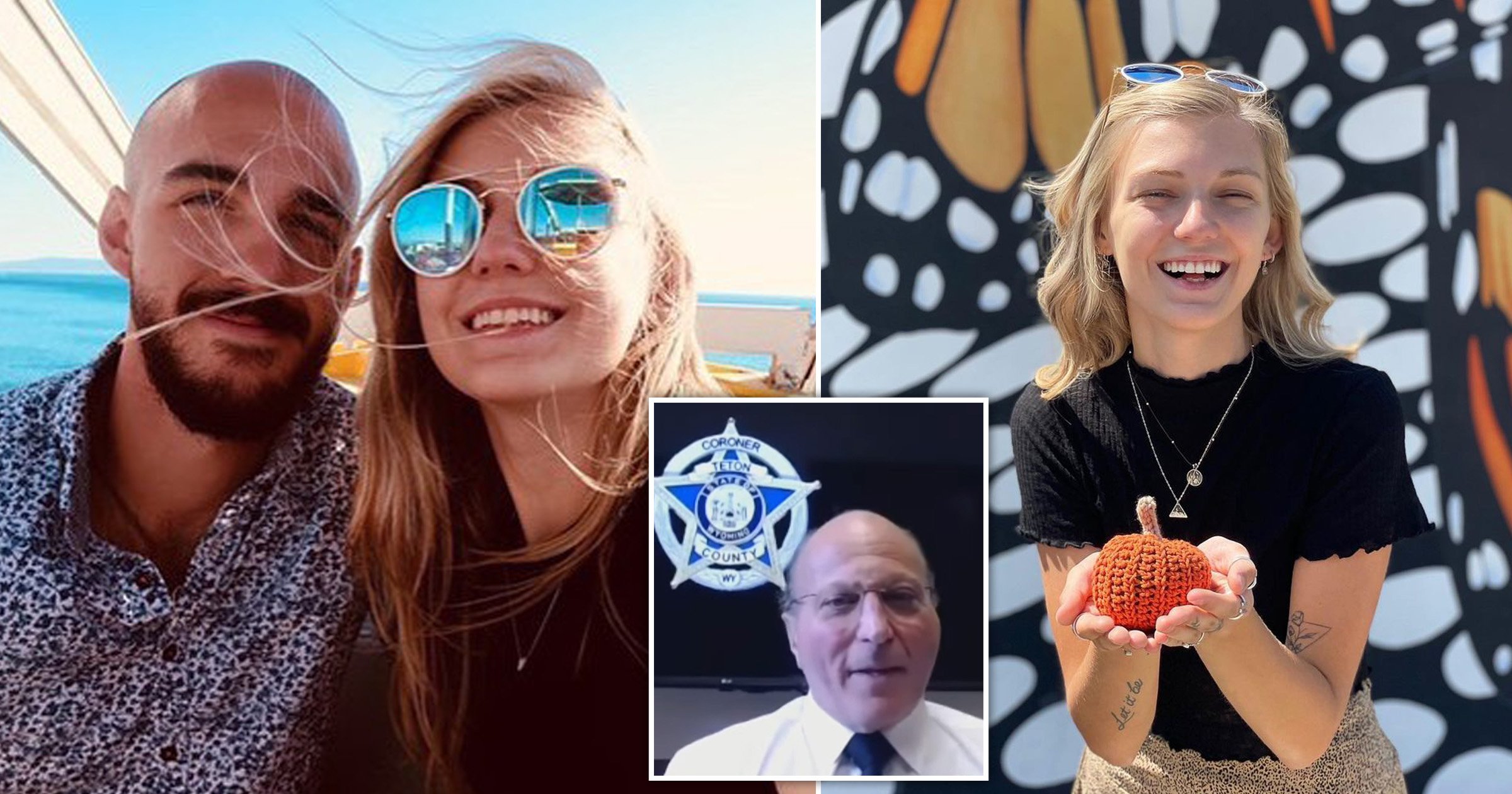 ‘We find the cause and manner to be cause of death by strangulation and manner is homicide,’ Teton County Coroner Dr Brent Blue said on Tuesday afternoon.

Her body is believed to have been out in the wilderness for three to four weeks before it was discovered, Blue said.

Only an approximate date will be included on her death certificate.

This disclosure comes three weeks after Gabby’s remains were found in a remote campground in Bridger Teton National Forest.

Blue declared Gabby’s death a homicide, but few additional details were share, as only cause and manner are released in the state of Wyoming, he said.

Officials conducted a whole body CT scan, examinations by a forensic pathologist and an anthropologist as well as toxicology reports before completing the investigation.

Her remains have been returned to her family, who live on Long Island.

The final autopsy report includes additional information that could help investigators determine who killed her, though that information is not being released publicly.

The coroner could not provide additional details about the condition of Gabby’s body when it was found, because only cause and manner are released in the state.

Blue also could not speak to whether she had any drugs in her system, whether or not her body had been buried or left out in the open, if she was killed at the site her body was discovered, or if she was brought there after being killed.

Gabby had spent the summer cross-country traveling with her fiancé Brian Laundrie, who has been named by investigators as a person of interest in her death and is the subject of a nationwide manhunt being directed by the FBI.

When asked about Laundrie being a suspect in the death, Blue said: ‘I cannot make any comment about any suspects as we are not involved in that part of the investigation.’

Laundrie drove his fiancé’s 2012 Ford Transit van to their North Port, Florida home without her on September 1. Ten days later Gabby’s parents reported her as missing, and three days after that, Laundrie also went missing.

Gabby’s remains were discovered in the Wyoming forest on September 19.

Authorities believe Laundrie is hiding out in the sprawling Carlton Reserve where he told his parents was going hiking on September 13, though hundreds of tips and alleged sightings point to the Appalachian Trail in North Carolina.

Laundrie faces charges, but not for Gabby’s death.

The FBI issued a warrant for Laundrie’s arrest and a federal jury in Wyoming indicted the fugitive for alleged bank fraud. It’s suspected he used his late fiance’s debit card in the days following her death, presumably as he drove home to Florida.

Gabby’s case has garnered much public attention, while also highlighting the tens of thousands of missing persons’ stories that do not gain as much traction.

Her story has also drawn a spotlight on domestic violence. Bodycam footage from Moab police officers depict an emotional intervention on August 12, when officers pulled over the couple near Arches National Park in Utah after receiving reports of a domestic incident.

A 911 caller told police they saw Laundrie ‘slapping that girl.’ When asked by police Gabby tearfully told them he did, but quickly backtracked, claiming to have hit him first.

The footage showed a police officer speaking with Laundrie, who said friction had been building between the two for several days. He claimed Gabby ‘gets worked up.’

Authorities at the scene told the couple to separate for the night.

Hoping to come out of their personal tragedy with something good, Gabby’s family announced the creation of the Gabby Petito Foundation, which will help locate missing persons and provide aid to organizations that assist victims of domestic violence.