When he took office this year, Gov. Gavin Newsom inherited an expansive, consuming problem. The state doesn’t have enough housing, and what housing it does have is rapidly becoming too expensive for most people who live and work in the state.

Legislators have tried to make a dent in various aspects of the crisis. Today, my colleague Jennifer Medina explores how one of Mr. Newsom’s efforts is playing out in a Southern California city.

Not too long after he took office, Mr. Newsom, in his State of the State address, called out several cities he said were not doing their fair share to develop more affordable housing. Among them: Montebello, a historic middle class suburb just east of Los Angeles that was once referred to as a Mexican-American Beverly Hills.

Just a short drive away from Downtown Los Angeles, Montebello has long attracted government employees and other white-collar workers eager to buy modest single-family homes — a kind of “promised land” for those looking to get out of the city. Today, three-bedroom homes can be found for around $500,000 — a relative bargain compared with much of Los Angeles. So it was, at least in some ways, a bit of an odd choice for the governor’s ire.

State officials say the city has done little to keep up with the growing demand, failing to create a clear plan for how it will expand its housing stock. But since the governor’s speech, he’s tried to strike a more conciliatory tone, appearing with Mayor Jack Hadjinian of Montebello after a closed-door meeting with other local government leaders last month.

“I’m not mad at him for calling us out,” Mr. Hadjinian said. “We see this as an opportunity.”

“Affordable housing? There is none,” he said. “I don’t think it’s a unique problem to Montebello, but the opportunities to live here are just fewer and fewer.”

But local developers and investors like Robert Tapia say it is the governor who needs to be more open to creative solutions. “He’s fundamentally not understanding how real estate gets done,” he said. “Where do we come up with the land? People keep holding on to their land, onto their properties — we have no control over ownership.” 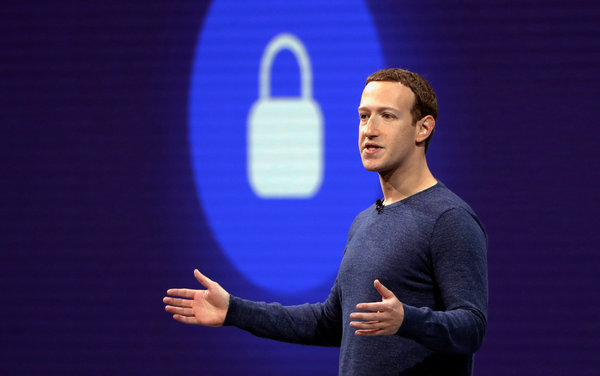 • After transforming online life by building Facebook as a platform for public sharing, Mark Zuckerberg said he planned to start shifting people toward private communications through Instagram, WhatsApp and Messenger. (Read his full blog post here.) [The New York Times]

• Transcripts of the descriptions of the death of Stephon Clark given by the two officers who shot him, recorded hours after the shooting, were among of hundreds of pages of police documents released on Tuesday under a new police record transparency law. [The Sacramento Bee]

• A crime lab scandal that rocked Senator Kamala Harris’s office when she was the district attorney in San Francisco is getting re-examined in light of her presidential run. [The Washington Post]

• Los Angeles agreed to settle a contentious lawsuit over the property rights of homeless people. The settlement could make it more difficult to seize and destroy encampments on Skid Row. [The Los Angeles Times]

• WarnerMedia is investigating the conduct of the chief executive of Warner Bros. after The Hollywood Reporter published a lengthy report saying that he had a sexual relationship with a British actress and then pushed for her to get parts in movies and TV shows. [The New York Times]

• Thoroughbred racing has been suspended at Santa Anita Park after another horse — the 21st since Dec. 26 — died there. The spike in deaths spells trouble for the industry. [The New York Times]

• “It didn’t even have a grocery store until Ralphs opened about 10 years ago.” Today, cranes dot the Downtown Los Angeles skyline as the city prepares to host the 2028 Summer Olympics. [The New York Times]

• There was a big thunderstorm in Southern California on Tuesday night. Here are some wild photos and videos of the lightning. [Curbed Los Angeles]

• In East Hollywood, the many worlds within L.A. bump up against one another but they don’t always mix. That changed a little when Lena Louie, the owner of Wah’s Golden Hen, the Cantonese takeout spot across the street, visited Sqirl, the avocado toast temple, and met Jessica Koslow. [The Los Angeles Times]

When I was in grade school, my family went on a trip to the Central Coast and we took a nighttime tour of Hearst Castle. I remember being stunned by the hillside palace and its expansive, serene pool with the classical statues, gleaming in the moonlight.

At the time, it didn’t occur to me that the famous home was also significant because it was designed by Julia Morgan, the first woman to receive an architect’s license in the state. It wouldn’t be until years later that I’d hear her name, in Berkeley, where she went to school and where I’d come to enjoy noting her buildings to myself as I walked past.

Ms. Morgan was just eulogized in The Times as part of the “Overlooked” series. And that’s good. Because her buildings define California — whether you know her story or not.

Coronavirus: City of Kingston closes parks, playgrounds to flatten the curve of COVID-19