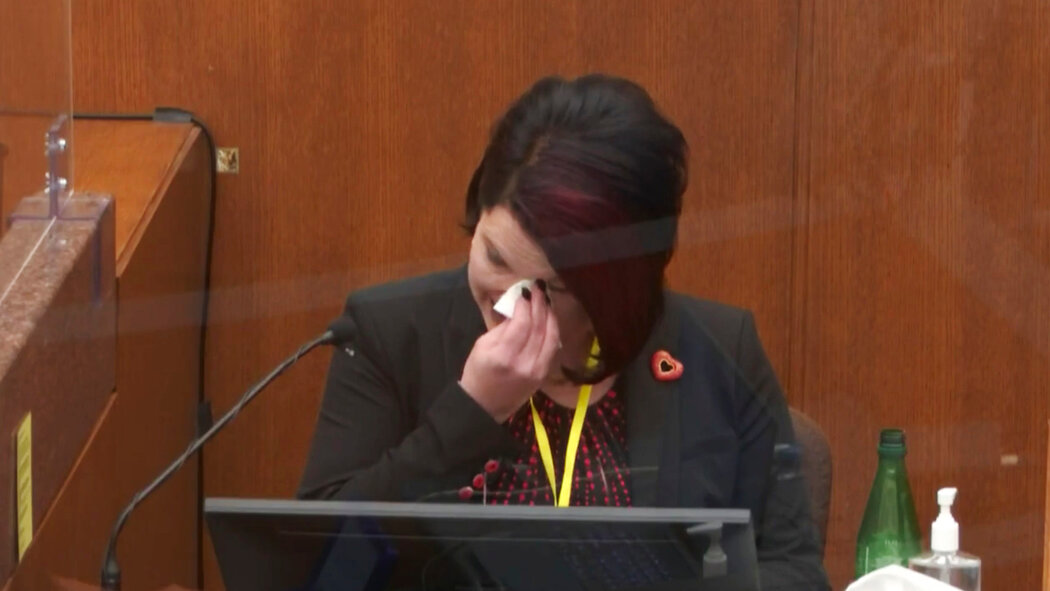 Courteney Ross, who was dating George Floyd for nearly three years before his death in May, delivered tearful testimony on Thursday about their shared struggle with an opioid addiction.

Ms. Ross, 45, said she and Mr. Floyd had started taking opioids when they were prescribed for chronic pain, but that both had continued to take the pills after the prescriptions had run out. They tried to stop using the drugs many times and had sought out various treatments, she said, but they relapsed together as recently as March 2020.

That month, Ms. Ross said, Mr. Floyd was hospitalized for several days after she found him doubled over in pain from an overdose. She recalled taking a new pill with him that month, the contents of which she did not know and which had a more stimulating effect.

Later that month, she thought they had both managed to quit again, but in the weeks before he died in May, a change in Mr. Floyd’s behavior made her think that he had again begun using.

“We got addicted and tried really hard to break that addiction many times,” she said. “When you know someone who suffers from any type of addiction, you can start to kind of see changes when they’re using again.”

Ms. Ross was the first witness called by prosecutors on the fourth day of the trial of Derek Chauvin, the former Minneapolis police officer who has been charged with murder in Mr. Floyd’s death. Much of her testimony focused on the couple’s addiction, seemingly an attempt by prosecutors to get out in front of the argument by Mr. Chauvin’s lawyer that Mr. Floyd’s drug use may have led to his death or caused him to struggle more with officers as they tried to put him in a police car.

But Ms. Ross also described tender moments of their relationship, like when they first met, and kissed, in August 2017 at a homeless shelter where Mr. Floyd worked as a security guard, and how they spent their time together.

“We went out to eat a lot because Floyd loved to eat a lot,” she said, adding, “It was an adventure always with him.” 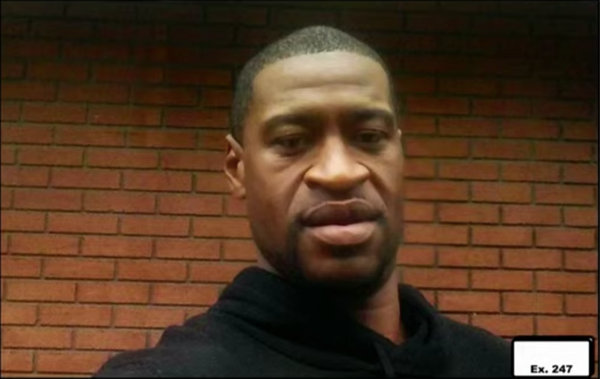 Mr. Floyd had been working as the head of security at a nightclub shortly before his death but had lost the job when the club closed because of the coronavirus, she said. He had tested positive for Covid-19 in April, a doctor wrote in Mr. Floyd’s autopsy report.

When Ms. Ross was shown a photograph of Mr. Floyd, one of several pictures of him that were shared widely after his death, she described it through laughs and tears as a “Dad selfie” because of the low angle from which he had taken it.

Ms. Ross, who has two children, also said that Mr. Floyd had referred to her and his own mother, who died in 2018, by the same nickname: “Mama.” Mr. Floyd had called out for “Mama” as Mr. Chauvin knelt on his neck moments before his death on May 25.

Mr. Floyd was a “mama’s boy,” Ms. Ross said and had been devastated when his mother died.

“He seemed kind of like a shell of himself, like he was broken,” she said. “He seemed so sad. He didn’t have the same kind of bounce that he had.”