A coalition of African-American pastors in Georgia assailed Senator Kelly Loeffler on Saturday, arguing that her characterizations of her opponent, the Rev. Dr. Raphael G. Warnock, had crossed a line and amounted to an attack on the Black church.

Ms. Loeffler has been locked in an intense campaign as both she and Georgia’s other incumbent Republican senator, David Perdue, have been forced into runoffs against Democratic challengers. The high-stakes contests have drawn attention and investment from far beyond Georgia, as they will determine whether Republicans can maintain control of the Senate.

As advertisements blanket television and radio in Georgia, and prominent figures from both parties campaign in the state, the message from Republicans has focused in large measure on Mr. Warnock, the senior pastor of Ebenezer Baptist Church in Atlanta.

Ms. Loeffler’s campaign has highlighted Mr. Warnock’s criticism of police officers and a sermon posted to YouTube in 2011 in which he said that “nobody can serve God and the military,” a theme that has roots in biblical passages. In a recent televised debate, she called Mr. Warnock a “radical liberal” 13 times.

“We call on you to cease and desist your false characterizations of Reverend Warnock as ‘radical’ or ‘socialist,’ when there is nothing in his background, writings or sermons that suggests those characterizations to be true, especially when taken in full context,” dozens of pastors from across Georgia wrote in an open letter to the senator. “We see your attacks against Warnock as a broader attack against the Black Church and faith traditions for which we stand.”

Ms. Loeffler, an Atlanta businesswoman who was appointed to fill a Senate vacancy last year, has rejected assertions that she was turning to racist appeals. She has argued that she was pushing back against Mr. Warnock’s beliefs, not his identity. During the debate she said, “There is not a racist bone in my body.” 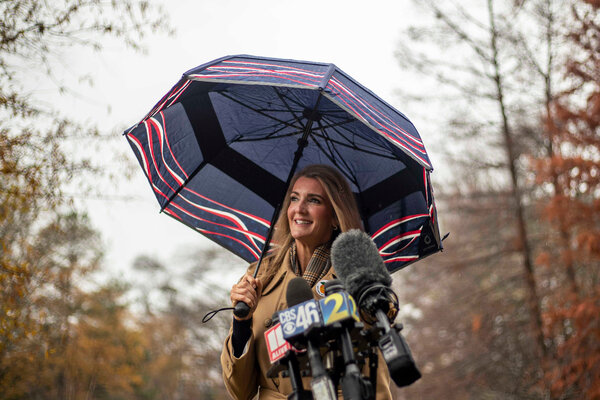 But it is not an argument that the pastors have been willing to accept. “It is irresponsible, and we’re here to stand against it,” the Rev. Keith Hammond, a pastor from Atlanta, said during a news conference on Saturday.

As the pastor of Ebenezer, Mr. Warnock has had one of the most prominent pulpits in the South, becoming one of the successors of the Rev. Dr. Martin Luther King Jr. in leading a storied congregation that is deeply rooted in the civil rights movement.

Mr. Warnock presided over the funeral of Representative John Lewis, the pioneering civil rights leader and congressman, after his death in July, as well as that of Rayshard Brooks, a 27-year-old Black man whose fatal shooting by the Atlanta police in June set off protests and unrest in the city.

But Mr. Warnock has also drawn criticism from prominent Orthodox rabbis in Georgia over past statements regarding Israel, particularly a 2018 sermon in which he described the Israeli military shooting down “unarmed Palestinian sisters and brothers like birds of prey.” (Mr. Warnock responded this month that he is a “staunch ally and supporter of Israel.”)

Mr. Warnock’s opponents have also focused on his support of abortion rights. An open letter to Mr. Warnock signed by more than two dozen Black ministers castigated him over his position, saying his “open advocacy of abortion is a scandal to the faith and to the Black community.”

“We believe these statements represent grave errors of judgment and a lapse in pastoral responsibility,” the letter said, “and we entreat you to reconsider them.”

When a spokesman for Ms. Loeffler’s campaign was asked on Saturday about the letter criticizing her, he replied, “Will you also be covering the letter that Black pastors wrote to Warnock condemning his stances on abortion?”

Representative Doug Collins, a Republican who placed third in the initial round of the election and has since endorsed Ms. Loeffler, was rebuked over comments he made reiterating that line of attack against Mr. Warnock.

“There is no such thing as a pro-choice pastor,” Mr. Collins said. “What you have is a lie from the bed of hell. It is time to send it back to Ebenezer Baptist Church.”

Jim Galloway, the dean of Georgia’s political press and a longtime columnist at The Atlanta Journal-Constitution, argued in a recent column that such statements went beyond attacking a political opponent to “trashing the fragile relationship that Georgia Republicans have maintained with Ebenezer and, by extension, the King family.”

On Saturday, Ms. Loeffler’s and Mr. Warnock’s campaigns sparred on Twitter along the usual themes.

“Our opponents are radicals who want to lock down our economy, defund the police, and raise your taxes,” Ms. Loeffler said, referring to Mr. Warnock and Jon Ossoff, the Democrat challenging Mr. Perdue.

Mr. Warnock has focused his criticism on his rival’s wealth and the stock trades she made while serving in the Senate. He also criticized her for her support of President Trump as he has pushed to overturn his loss in Georgia and raised baseless allegations of fraud surrounding the election.

“It’s a simple yes or no question: Did Donald Trump lose the election?” Mr. Warnock wrote in a Twitter post. “Your refusal to answer is dangerous and disrespectful to Georgia voters.”

After a Caribbean Hurricane, the Battle Is Where, or Even Whether, to Rebuild