A woman who said Ghislaine Maxwell set her up for sexual abuse by Jeffrey Epstein from the age of 14 has told a court she does not believe she has “come up with a memory”.

Known by the pseudonym Jane, she was giving evidence for the second day in Maxwell’s sex trafficking trial in New York.

She is the first of four women due to testify that the British socialite “groomed” them for sexual abuse by Epstein when they were teenagers. 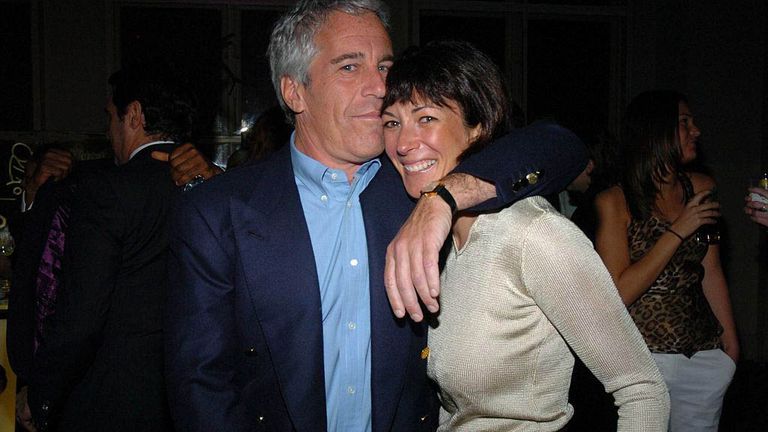 Jane had previously said she had sexual encounters with Epstein at his Palm Beach home once every fortnight when she was 14, 15 and 16.

Key points of the trial so far:

Other people occasionally participated, including Maxwell, who touched her breasts, Jane told jurors.

During cross-examination on Wednesday, defence counsel Laura Menninger questioned Jane about apparent discrepancies between her descriptions in court of Maxwell’s role and earlier conversations with prosecutors before Maxwell’s July 2020 arrest.

“It is true that you do not recall Ghislaine ever touching you,” Ms Menninger asked.

On Tuesday, Jane had said she did not tell anybody about any abuse because she was “terrified” and “felt gross and ashamed”.

Ms Menninger said: “You spoke to the government in December 2019 with your lawyers there and you told them at that time that you were not sure whether Maxwell ever touched you during these encounters.”

“You told the government you were not sure if Ghislaine ever kissed you.”

“You told the government you had no memory of Ghislaine being present when you claim Epstein engaged in any sexual contact, correct?”

“As you sit here today, you are not sure you were ever alone in a room with Ghislaine and Epstein, correct?”

Before day three of the trial, Maxwell entered the courtroom and nodded at her sister, Isabel, and brother, Kevin, sitting in the front row of the public gallery.

She is charged with eight counts of sex trafficking and other crimes that will be tried separately, including two perjury charges, all of which she denies.

The 59-year-old daughter of late British media magnate Robert Maxwell faces up to 80 years in prison if convicted.

Maxwell has pleaded not guilty and her lawyers have said prosecutors are making her a scapegoat for Epstein’s alleged crimes because he is dead.

The financier killed himself, aged 66, in 2019 in a Manhattan jail cell while awaiting trial on sexual abuse charges.

Maxwell’s lawyers have argued the four alleged victims’ memories have been manipulated over time.

They say the accusers never mentioned Maxwell’s role in their abuse until after Epstein died and that a compensation fund was set up for his victims, giving the women a financial incentive to cooperate with prosecutors.

Jane, now in her early 40s, said she now remembered certain events that she did not previously recall.

She told the court on Tuesday that Maxwell sometimes called her house while she was a teenager to invite her to visit Epstein.

Ms Menninger noted that in a 2019 interview with the government, Jane said she could not remember whether Maxwell ever called her, referring to a sealed transcript of the conversation.

“So two years later, now you remember that Ghislaine would call your home?” Ms Menninger asked on Wednesday.

“Memory is not linear,” Jane replied.

An 11th-Hour Approval for Major Changes to Medicaid in Tennessee