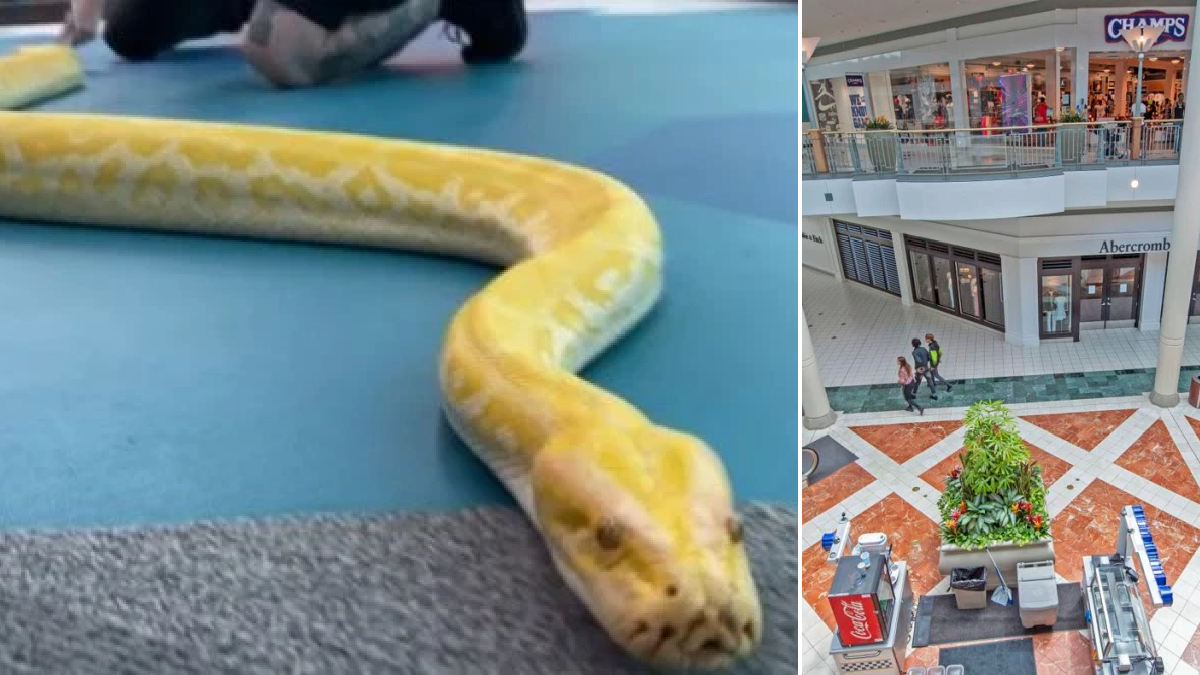 A 12-foot-long python escaped a zoo inside a mall, forcing the shopping center to close as first responders looked for the missing reptile. The snake, named Cara, broke free from its enclosure at Blue Zoo Aquarium inside the Mall of Louisiana in Baton Rouge on Tuesday morning.

The St George Fire Department received an urgent request around 10.20am for help finding the yellow and white snake, spokesman Eldon Ledoux told The Advocate. The fire department initially reported that the entire shopping center was shut down, but access was only blocked to the aquarium.

Blue Zoo chief marketing officer Ronda Swanson described Cara, a Burmese python, as a ‘very sweet snake’. She is ‘very large’ but non-venomous and was used in shows with children, according to WAFB.

Officials told WBRZ that they believe Cara managed slither into the ceiling.

The zoo closed to ensure Cara’s safety while she is on the loose.

‘We want to protect the snake as best we can,’ Swanson told the newspaper.

In a statement on Tuesday afternoon, the zoo said they had ‘created a very secure home for Cara’.

‘Cara is a non-poisonous, friendly snake that enjoys her time interacting with guests during our Snake Education Shows. Cara is an adored member of our Blue Zoo family,’ the zoo stated. ‘The safety of our animals is of utmost importance to us, so to ensure Cara’s safety, we will be closed for the day.’

While the average Burmese python is 12-feet-long, they are known to grow up to 23 feet, according to the zoo. Cara was featured in the establishment’s snake show, which was included in the price of admission.

The aquarium opened inside the mall earlier this year.

Global markets continue to fall amid fears of trade war