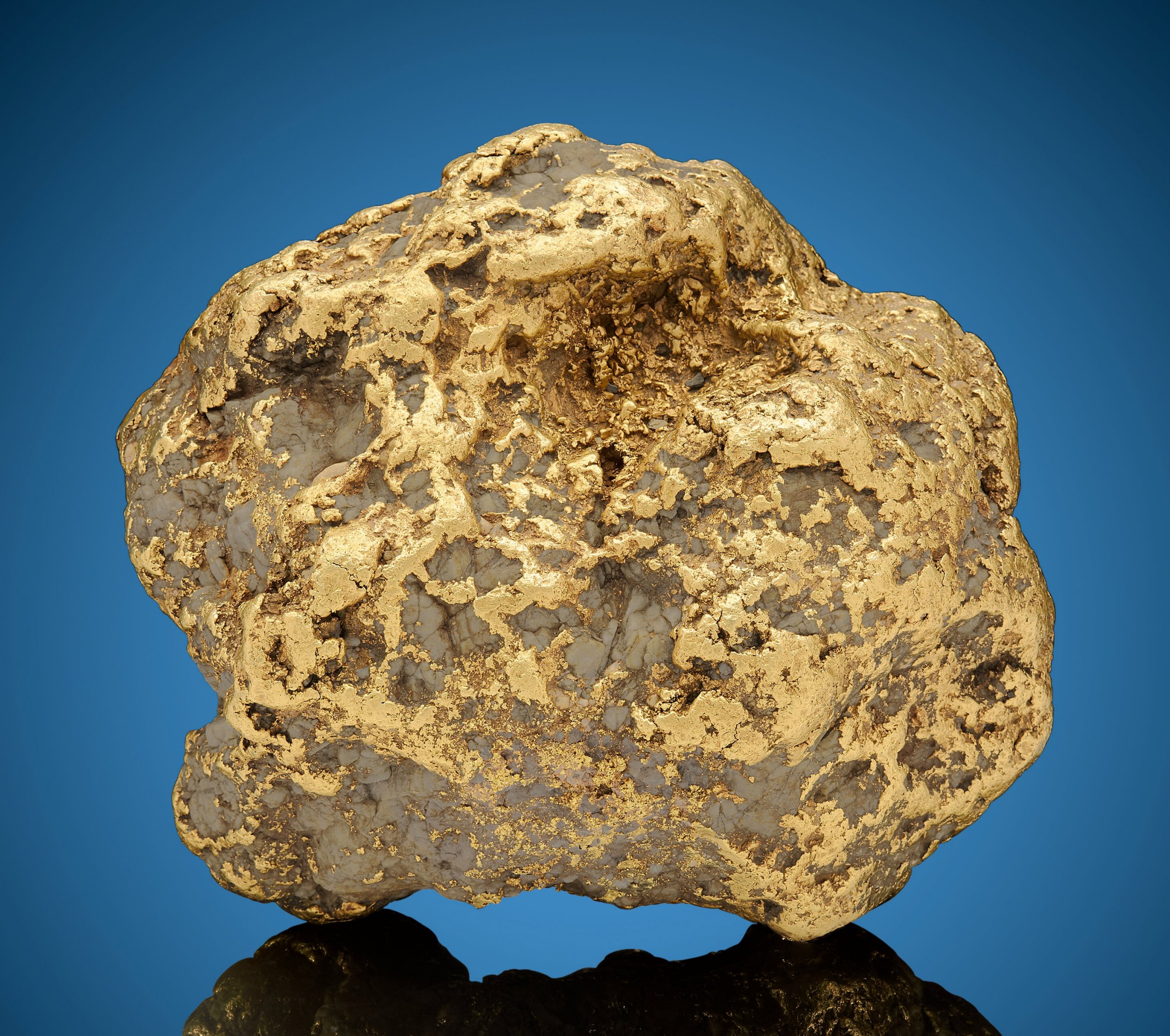 A rare gold nugget the size of a baby’s head has been been put up for sale for a million dollars (around £730,000), 23 years after it was discovered.

The Centennial Nugget, which weighs around 20lbs, was discovered by gold miner Barry Clay on Swift Creek in Alaska in 1998.

He found the valuable remnant from the 1896 Klondike Gold Rush while pushing dirt with his bulldozer along the shores of the Swift Creek Mine.

It has been recorded as the largest gold nugget to be found in Alaska, and only smaller than the ‘Boot of Cortez’ nugget found in Mexico which weighs 24lbs.

The vendor, who acquired the nugget from Clay over 20 years ago, is now selling it with Heritage Auctions in Dallas alongside a host of other precious pieces.

A Heritage spokesperson said: ‘The Alaska Centennial Gold Nugget is the largest gold nugget ever found in the State of Alaska.

‘It was discovered in 1998 along Swift Creek near the town of Ruby, Alaska by Barry Clay, who unearthed this seminal discovery and instantly made history.

‘The Alaska Centennial Nugget was sold to a private collector, where it has remained in his collection until now. This offering represents a once-in-a-lifetime opportunity.’

But the famous gold nugget is just one part of an extensive line-up of precious crystals, artefacts and even ‘gold geysers’ at the auction.

Craig Kissick, director of nature and science at Heritage Auctions, and Joe Maddalena, Executive Vice President, presented the gold nugget on YouTube as part of the auction which takes place on December 8.

Kissick said: ‘I think that should be in the Smithsonian Institution because it’s the seminal gold nugget ever found.’

‘The majority of gold mined is refined.

Kissick added: ‘A one-ounce gold nugget is even more rare than a five-carat diamond, and a rare group of gold specimens such as this has never been featured at auction.

‘I mean, it’s big, it’s beautiful. It’s going to check every possible box but the sheer fact that it is the seminal luggage ever found in the state of Alaska. What else can you say?

‘A grouping of this breadth and calibre is not likely to be seen again.’