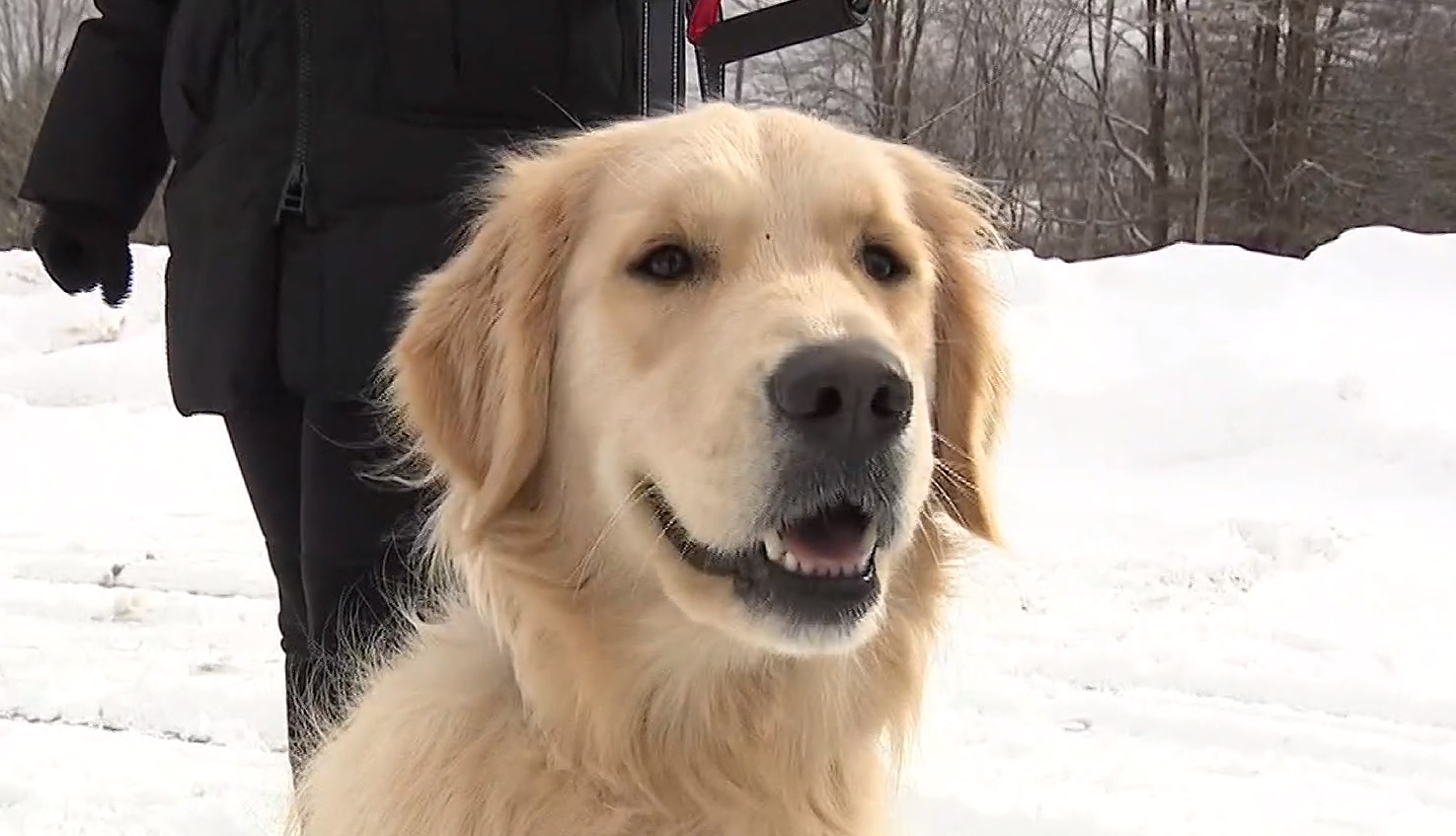 A golden retriever who went missing more than two months ago has finally been reunited with her family after being found living in the woods.

Two-year-old pup Sandy ran away from her owner in Tobyhanna, Pennsylvania, on Thanksgiving last year after being spooked by a loud noise at a nearby skate park.

Kaitlyn Kolinsky, from Coolbaugh Township, Pennsylvania, said she and her family searched for their beloved Sandy for weeks after she went missing, but were unable to find her.

They thought she was gone forever but thanks to a neighbor – who heard Sandy’s bark in nearby woodland – the Kolinskys have their long-lost pet back at home.

Kaitlyn, who said her ‘heart dropped’ on hearing Sandy had been found safe, added: ‘Everyone kept the faith and told me that if I stayed positive, she would come back home and she did.

‘Even when she came home, I was like this isn’t real, this can’t be and there’s no way she’s here right now.

‘She got all her cuddles, gave her two months’ worth of kisses and cuddles, too. She’s doing really well.’

Sandy was found dehydrated and skinny and with her leash still attached by Brian Neipert, from Tobyhanna, reports Fox 43.

He said he had seen the Kolinsky family’s missing dog posters around town but had not seen Sandy wandering about the streets.

But he ended up finding her lost in the woods thanks to a chance encounter.

Brian said: ‘I was working and came out of my garage. I heard a dog barking and I thought it was a fox or coyote.

‘It wasn’t, well it ended up not being that because I heard a bark. I got some flashlights and I went and looked, and it was stuck under some trees, its leash had got stuck.

‘I guess it was there since it got lost or a little after it got lost.’

Kaitlyn said she and her family are ‘thrilled’ to have Sandy back at home, and said she’s especially grateful that Sandy was found before the major snowstorm earlier this week.

She added: ‘I think that would have been the worst time for her if she got stuck in that snow.’