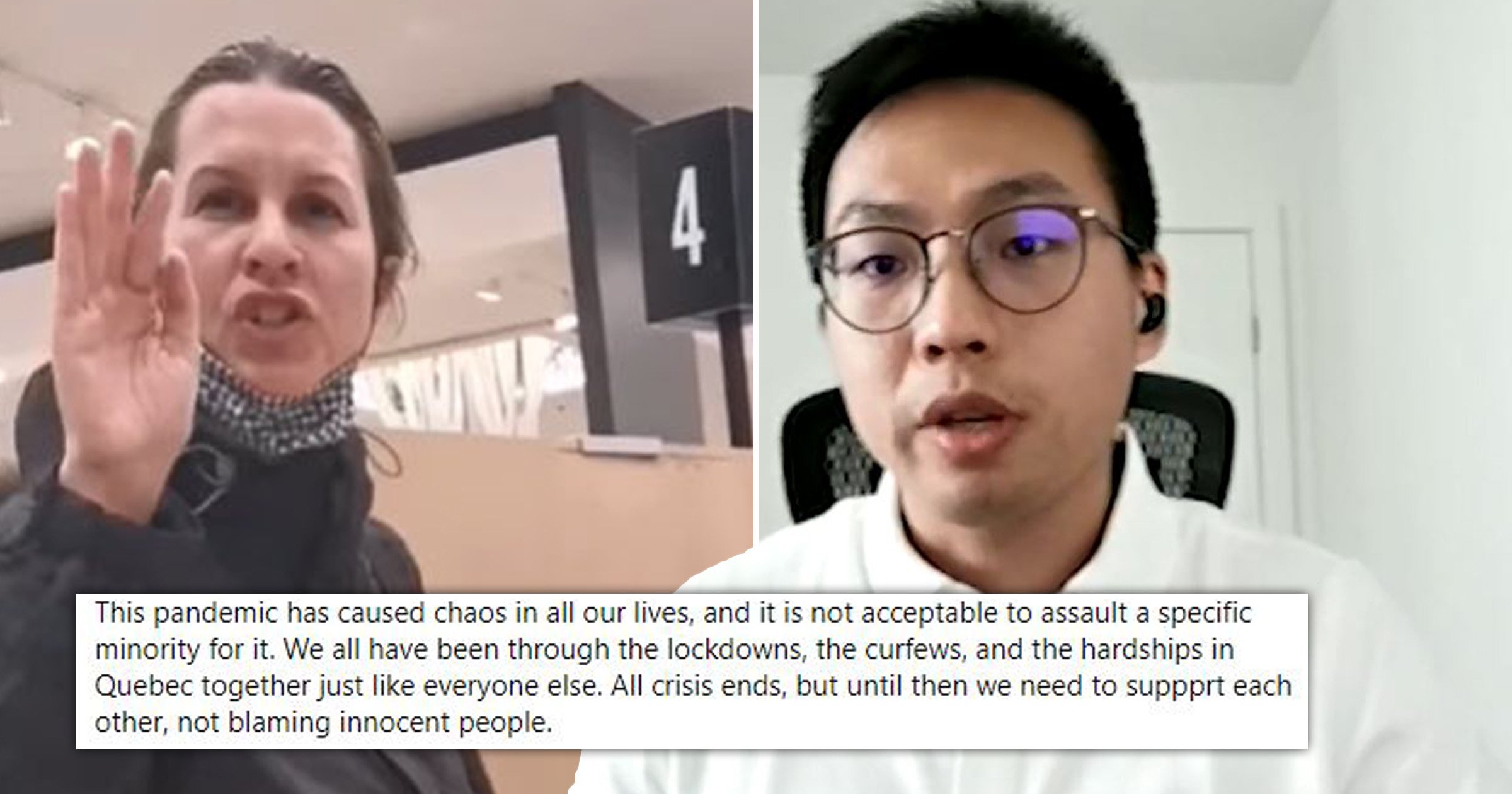 A woman was removed by police from a Montreal grocery store after going on a racist rant in which she blamed a Chinese couple for the spread of Covid-19.

Ken Mak and his girlfriend were waiting to checkout at IGA on Nun’s Island when the woman approached them, pulled her mask down and demanded to know if he was Chinese.

‘I told her “yes” and then she started questioning me and trying to get information about the coronavirus,’ Mak, who moved to Canada 20 years ago said.

‘Before I could respond, she would cut me off and start her monologue about how Chinese people are to blame for the whole coronavirus,’ Mak told CBS News.

A store employee soon intervened and Mak pulled out his phone to film the incident.

‘All of these 21 months of bullsh*t … All of these f*cking epidemic that became a pandemic, it’s because of you Chinese people!’ the unidentified woman yells.

The video, obtained by the DailyMail, shows the woman flashing her middle finger, cursing and threatening to get a family lawyer involved.

Another customer can be heard off-camera asking the volatile woman to ‘leave these people alone. What’s wrong with you? Shame on you.’

The woman responds with curses and finger pointing, raising her voice and continuing her anti-Asian tirade.

Other customers then shout at the woman, who then points her phone’s camera at them, calls them losers and says her family lawyer will protect her.

A store employee tells her to take her stuff and leave. He then walks her toward the door before the video ends.

Montreal police spokesperson Caroline Chèvrefils said police received a call from the store around 6 pm Monday to report the incident. Officers helped remove the woman from the store, but no additional report was made.

As the video has gone viral, Mak is speaking out against racism toward Asian people. He said some people are misinformed about the pandemic, and ‘she’s a victim of misinformation.’

‘It’s unfortunate that the Asian community has to put up with this,’ said Mak, adding that he’d like to continue to bring awareness to this issue.

Mak said he was grateful that customers and store employees stood up to her.

‘These are true Canadian values, where we protect each other,’ he said.

Mak said he is not going to pursue the matter with police, but he felt threatened and he fears for the Asian community.

Quebec’s minister responsible for the fight against racism, Benoit Charette, denounced the video on Twitter Wednesday.

‘Saddening, shocking and condemnable! Behaviour of this kind simply has no place in Quebec,’ he wrote.

‘My Heart Started Pounding When I Realized I Was That Someone’