It comes as two of his former employees say his brother Bob Weinstein knew about the extent of his alleged behaviour as early as 1990.

Elizabeth Fegan, who has filed a class action suit against the disgraced movie mogul, said: “I think we are talking about hundreds, I think it could be near a thousand.

“I think that based on what we know, and what has already been made public, at least 150 women have come forward in some way.

“On top of that we have employees who said that there were women in his office three times a week, where they would have to go in his office and clean up after him, knowing that he had just done something and ejaculated.

“So if you’re talking about three times a week at least for all the number of years he’s been in power at Miramax and the Weinstein company, that’s a lot of women.

“When you look at how long this went on, we’ve talked to women that started with him in 1979 at Miramax, women through the 80s.

“This was every day behaviour. He was a bully and he was a predator.” 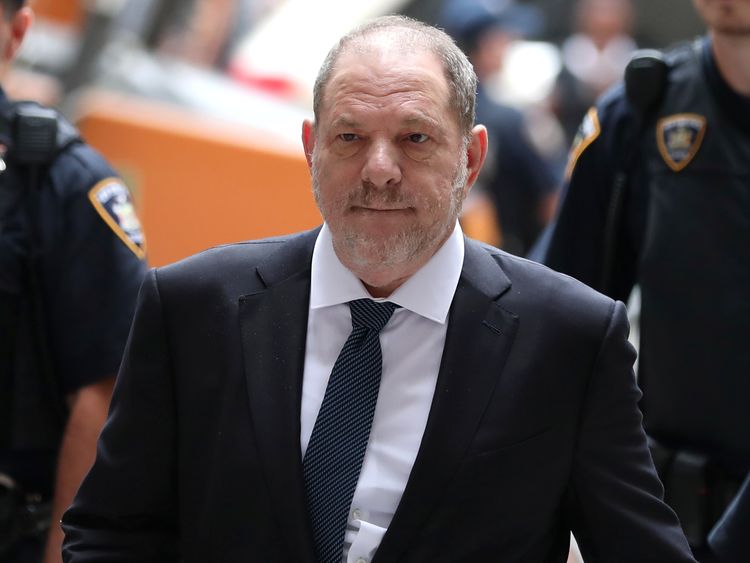 Kathy Declesis was Bob Weinstein’s assistant at Miramax in the late 80s and early 90s, and head of creative affairs Michael Apostolina worked there during the same time period.

What they say appears to contradict Bob’s public statements that he always believed Harvey’s contacts with women “were all consensual situations”.

Mr Apostolina detailed how “everybody” at the Miramax offices knew about what Harvey was allegedly doing.

He described how a serious allegation emerged nearly 30 years ago, which was widely discussed among the staff.

He said: “Well after 1990, 1991, there’s no way they could not have known, because a law suit was delivered to the office, to Bob’s and Harvey’s assistant, and it was disseminated verbally about what the contents were, which he sexually attacked or molested an intern.

“It all made sense because this young woman, she had worked there for a while, she was very young and very eager, and one day she just went ‘poof’, she vanished.

“Everybody started talking about it and more started coming out.

Mr Apostolina described how he now feels ashamed of his time at Miramax.

I asked him why he didn’t do anything to stop Harvey Weinstein.

He said: “That’s a difficult question to answer.

“I want to fall back on ‘I was in my early 20s and it was naivete’, but that’s not really an excuse. 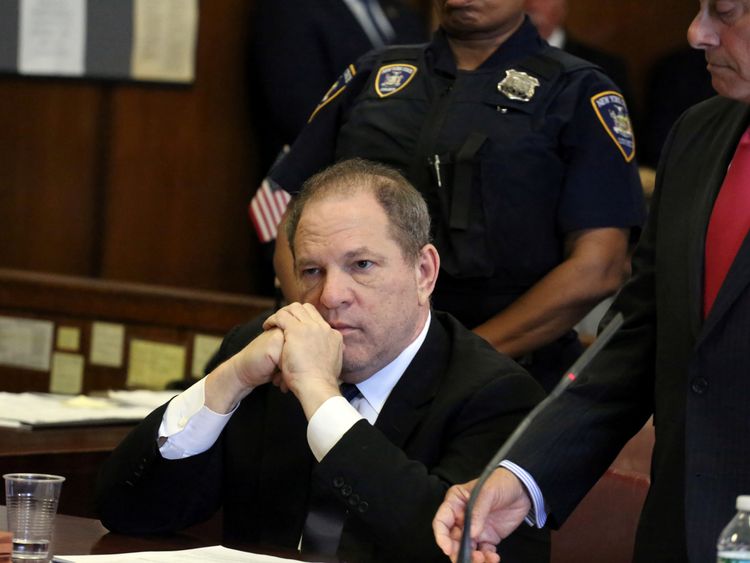 “It’s not that we didn’t have a concept of sexual harassment.

“We just didn’t know what to do with it.

“This is terrible, but this is what I did. It seemed shrug-offable, you know?”

Kathy Declesis was Bob Weinstein’s assistant at the time.

Up until the lawsuit arrived, she thought Harvey’s behaviour was distasteful, but nothing more.

She said: “So you would see something out of the corner of your eye when you are running down a hallway… like Harvey flirting with a new blonde receptionist, out at the front, and you are like, ‘ok so he’s just being a weasel, whatever’.

“But never did I ever think there was more than that going on.

“He was just being kind of lecherous you know, cheating on his wife.”

But then the intern suddenly stopped coming to work.

A few weeks later Ms Declesis opened the letter from the intern’s lawyer.

“So I went to the ladies room, sat in the stall, read the letter, couple of times over because I couldn’t believe.

“Then I had to give Bob the letter.

“Of course it enraged me.

“I was completely and utterly disgusted, and furious.

Shortly afterwards Ms Declesis had an argument with Bob, and left.

She has been angered by Bob’s claims that he didn’t know the extent of Harvey’s alleged behaviour and that it was inconceivable to her that a settlement happened without Bob’s involvement.

Asked if she believed that Bob knew what Harvey might have been doing behind closed doors, she said: “Well he certainly knew when I handed him the letter that came from the law office.

“Of course he knew”.

In a statement Bob Weinstein told Sky News: “As I have previously stated, I had no knowledge that Harvey was sexually assaulting or harassing women prior to the media reports last year detailing his alleged misconduct.

“These allegations relate to alleged misconduct by Harvey that would have occurred at least 28 years ago, and I have absolutely no recollection of the incident in question.”

Bob Weinstein and others are now being sued in a class action lawsuit that – in part – alleges they knew about Harvey Weinstein’s pattern of predatory sexual conduct towards women and failed to stop him.

Language, Please! Salty Feminist Stitch Book Is Too Much for Michaels.