Harvey Weinstein has started to cast his new “dream team” of lawyers, selecting a former Manhattan prosecutor and three litigators with a history of representing celebrity clients around the country, a person familiar with the discussions said.

Mr. Weinstein, the movie mogul who became the symbol of the #MeToo movement after dozens of women accused him of sexual misconduct, has hired Jose Baez, Ronald S. Sullivan Jr., Duncan Levin and Pamela Robillard Mackey to his defense team, the person said.

The four will replace Benjamin A. Brafman, the Manhattan defense lawyer with whom Mr. Weinstein parted ways last week. 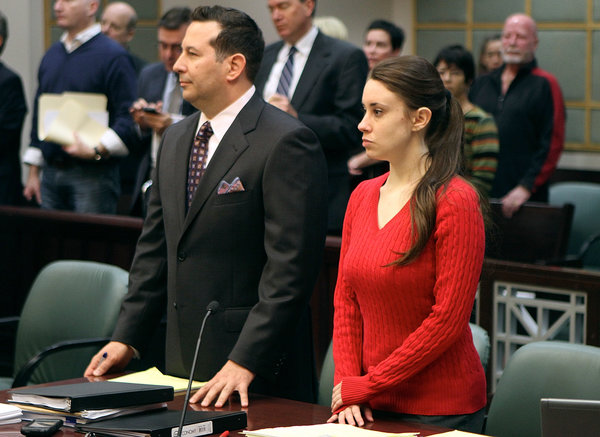 “I am pleased to confirm that I along with Jose Baez have been retained by Harvey Weinstein,” Mr. Sullivan said in a statement. “Mr. Weinstein steadfastly maintains his innocence in this matter and we are looking forward to assisting Mr. Weinstein in his defense.”

Mr. Baez and Mr. Sullivan will serve as Mr. Weinstein’s lead co-counsels, according to a second person with knowledge of the matter, who spoke on the condition of anonymity to discuss private conversations. Neither lawyer is based in New York City.

It is possible that additional lawyers could be added to the team, the person said.

Mr. Levin is a former federal prosecutor and a former senior assistant to the Manhattan district attorney, Cyrus R. Vance Jr. He will provide strategic advice to the other three lawyers on the team, who have little experience with New York law or Mr. Vance’s office, the person said.

Mr. Weinstein began to make calls to other lawyers last month after a judge rejected Mr. Brafman’s argument that the case against Mr. Weinstein should be dismissed. Since then, he has pursued a plan to follow the template set out by O.J. Simpson in his murder trial in 1995, assembling a group with a variety of specialties.

With his new team, Mr. Weinstein has a set of lawyers with experience in high-profile cases.

Mr. Baez, a lawyer based in Florida, represented Casey Anthony, who was acquitted in 2011 of charges that she murdered her 2-year-old daughter, Caylee.

He also worked with Mr. Sullivan, a professor at Harvard Law School, to defend the football player Aaron Hernandez, who was acquitted in a double murder trial in Massachusetts in 2017 and later committed suicide. (Neither Mr. Baez nor Mr. Sullivan represented Mr. Hernandez in his murder trial in 2015, when he was found guilty in a conviction that was later nullified.)

Their decision to work for Mr. Weinstein contains a hint of irony: Ms. McGowan is an outspoken critic of the movie producer and was one of the first women to come forward publicly about his history of sexual misconduct.

By hiring Ms. Mackey, who works for a Denver-based law firm, Mr. Weinstein will add a prominent female lawyer to his legal team. Ms. Mackey also has experience in sexual assault cases. She represented the basketball player Kobe Bryant when he was accused of raping a 19-year-old woman in 2003 in Colorado.

Mr. Bryant said at the time that Mr. Bryant viewed their encounter as consensual, and the case was dropped after the woman said she would not testify.

Ms. Mackey, who is out of the country, could not be reached immediately for comment.

Mr. Weinstein, 66, faces five charges in Manhattan stemming from allegations that he raped one woman and performed oral sex on another against her will. The charges include two counts of predatory sexual assault, which carries a maximum sentence of life in prison. His trial is scheduled to begin in May.

Mr. Weinstein has denied the allegations and has said the relationships were consensual.

An earlier version of this article misstated the year Kobe Bryant was accused of rape. It was 2003, not 2013.

US scientists to protect whales from ship collisions