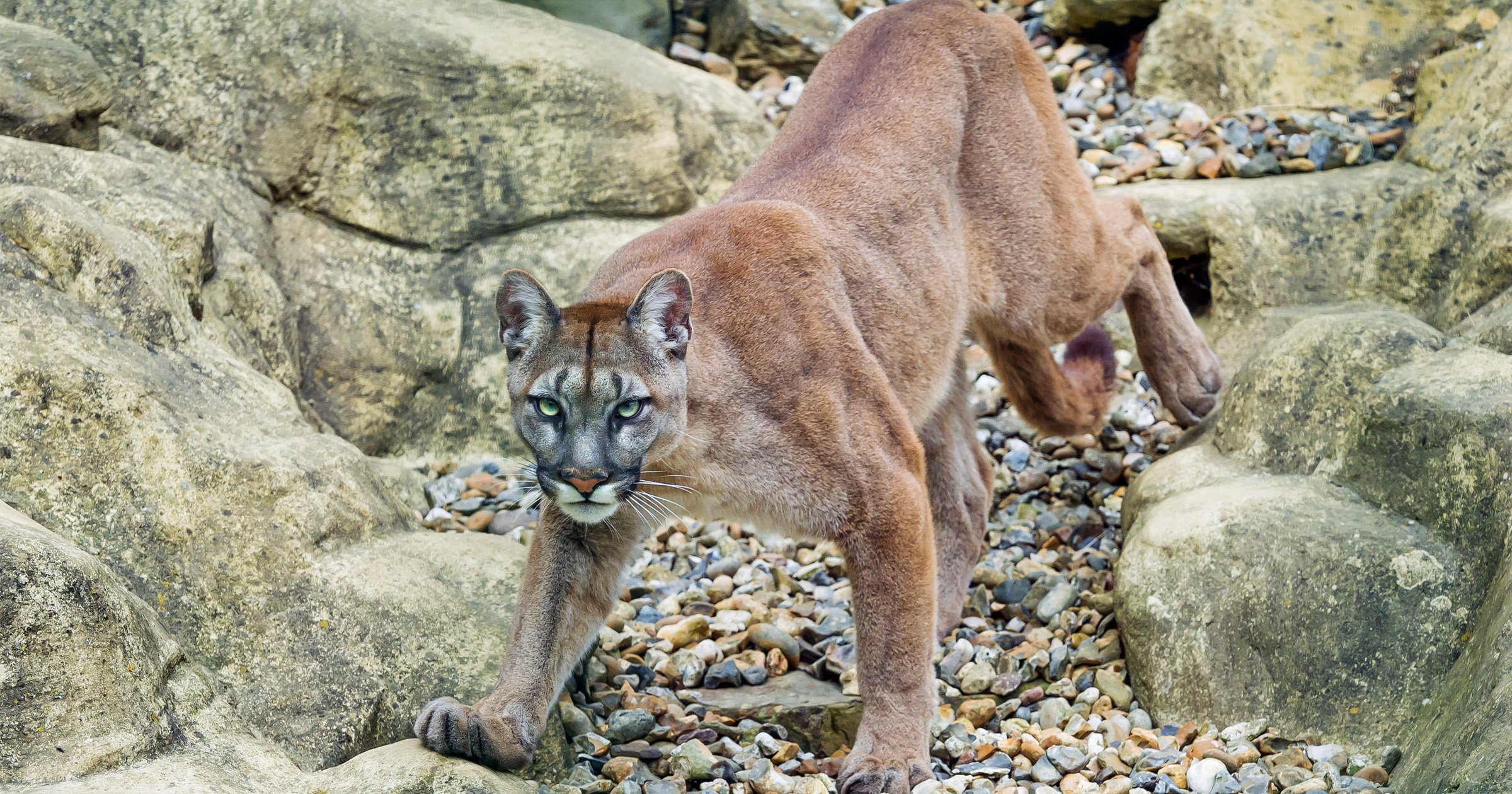 A mother attacked a mountain lion with her bare hands after it grabbed ahold of her five-year-old son and dragged him in the front yard of their home.

The 65-pound mountain lion approached the boy as he played near his home in Calabasas, California, and ‘dragged him about 45 yards’ through the front lawn, California Department of Fish and Wildlife spokesman Patrick Foy said.

While inside the home on Thursday, the mother heard noise outside and found the mountain lion attacking her son.

‘The true hero of this story is his mom because she absolutely saved her son’s life’ Foy said. ‘She ran out of the house and started punching and striking the mountain lion with her bare hands and got him off her son.’

Her son had notable injuries to his head and upper torso. His parents drove him to a hospital in Los Angeles where he was in stable condition.

A wildlife officer who went to the house found ‘an aggressive mountain lion crouching in the corner of the property’ in the bushes with its ‘ears back and hissing’.

‘Due to its behavior and proximity to the attack, the warden believed it was likely the attacking lion and to protect public safety shot and killed it on site,’ the wildlife department stated on Saturday.

DNA tests confirmed that the mountain lion killed was the one that attacked the boy.

About 20 minutes after the officer shot the mountain lion, two more appeared – one with a radio collar and one without a collar. The officer confirmed with the mother that the lion that attacked her son did not have a collar and used a non-lethal tranquilizing rifle to capture the non-collared mountain lion.

The non-collared mountain lion was released after testing showed it was not involved in attacking the boy.

Watch: Donald Trump claims he's the 'least racist person there is anywhere in the world'