This is Dan Bilefsky in Montreal, where the pungent smell of cannabis wafting from the long lines of people at government marijuana stores may soon compete with the more familiar street smells of poutine. I am filling in this week for Ian Austen on the Canada Letter. 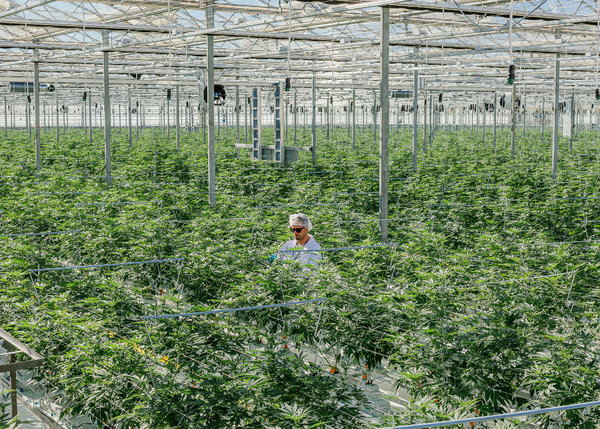 [Want to receive the Canada Letter in your inbox every week? Sign up here.]

When I went to Vancouver a few weeks ago to report on Canada’s national experiment to legalize marijuana and bring it out of the shadows, I didn’t need to look far to find the black market.

There were at least five illegal outlets within five minutes of my hotel downtown. Some were signposted with lurid lights outside. Others looked more like sterile drugstores or hipster cafes, only instead of cough syrup or lattes, they were selling cannabis-infused face creams, potent marijuana concentrates and jelly treats.

The coffee chain had 50 outlets in the city of Vancouver. There are roughly twice as many illegal pot retailers.

Now, just a few weeks after legalization, the challenge of taming a $5.3 billion illegal trade is becoming all too apparent, not least because the legal market can’t keep up with surging demand, pushing Canadian pot-smokers to once again go underground.

Before pot was legalized on Oct. 17, some observers feared that die-hard cannabis users would studiously avoid the government stores. Surely, smoking a joint rolled by the state was the ultimate buzz kill.

But the opposite seems to have happened.

In Quebec, where cannabis stores are run by a government agency, the province shut down its 12 shops for three days, unable to keep up with the crowds. The stores will remain shuttered every Monday through Wednesday until the shortages can be overcome.

In Ontario, where brick-and-mortar government stores won’t be up and running until April, the online Ontario Cannabis Store received more than 150,000 orders the first week after pot became legal. The unrelenting demand was exacerbated by a postal strike.

And on the day legalization came into effect in British Columbia, there was only one legal government retailer in the province, in Kamloops, a city nearly a four-hour drive away. (The province has since licensed its first private cannabis retailer in Kimberly, B.C., roughly 10 hours from Vancouver by car).

Shortages aside, the illegal trade remains as resilient as it is defiant.

While I was in Vancouver, I met with Jodie Emery, a longtime leading cannabis advocate, who co-owns several black market Cannabis Culture outlets. Her shop on Davie Street, in a bustling area peppered by ramen joints, looks like an upmarket Starbucks. But it sells outlawed cannabis products like marijuana-infused maple syrup rather than Frappuccinos.

Ms. Emery, who grew up in British Columbia and was convicted in 2017 of trafficking marijuana, told me the black market was here to stay, since there was neither political nor public will for a crackdown. Even if the authorities came to close down her stores, she said she would merely reopen them.

As it is, she has already been served with an injunction, and said her criminal record made it all but impossible for her to get a legal license.

Others marijuana retailers like Jessika Villano, owner of Buddha Barn in the bohemian neighborhood of Kitsilano, welcomed legalization, saying they were tired of living in fear of being shut down.

Ms. Villano told me she opened her health store about five years ago after seeing how the cannabis cakes she baked for her mother helped her emphysema. She has paid $7,500 to apply for a provincial license and $30,000 for a municipal license, and has turned over three years of financial records to the government.

She has also rebranded her shop, since operating a medical marijuana retail operation is officially illegal. But as of Friday, the provincial authorities had still not granted her license. She is determined to be part of the legal trade.

“I don’t look good in an orange jumpsuit,” she said, smiling.

A Cannabis Conversation in Vancouver

We’re holding our first Times subscriber event in Vancouver on Nov. 15. I’ll be joined by The Times’s San Francisco bureau chief, Thomas Fuller, as well as guests from within the industry to discuss the impact of marijuana legalization on Canada’s economy and culture. Canada Letter readers can use the promo code CANADALETTER to get $5 off the ticket price. You can get your tickets and find out more here.

This week’s Trans Canada and Around the Times highlights were compiled by the Canada audience growth editor, Lindsey Wiebe.

—“My job is to encourage hesitant lovers to take the risk.” In this imagined fairy tale by the author Michael Cunningham, featured in the travel issue of T: The New York Times Style Magazine, a matchmaking sprite in Montreal remembers a now-iconic poet, a dancer, and the meeting that may or may not have inspired an unforgettable song.

—There’s a lot of Calvin Klein underwear on display in the new music video by Carly Rae Jepsen, the B.C.-born pop star behind “Call Me Maybe.” But Calvin Klein says it had nothing to do with it.

—Every month, Netflix Canada introduces a new batch of programming. November’s highlights include the prescient sci-fi thriller “Children of Men,” as well as “Narcos: Mexico.” The crime drama’s third season leaves behind trafficking in Columbia and, with a new cast, follows the rise of the Guadalajara Cartel.

—In the three years since Saudi Arabia unleashed a full-scale military campaign in Yemen, at least 10,000 civilians have been killed and 14 million face starvation. Robert F. Worth, the Times’s former bureau chief in Beirut, explores how the bloody war began, and why it will be so hard to end, for The New York Times Magazine.

—There’s an image of homelessness etched in the public consciousness, writes Nikita Stewart, a Times reporter who covers social services. That picture wouldn’t normally include baby Antonio, born homeless, and part of the largest single population in New York City’s shelter system: kids under the age of 6.

—A year ago, it was easy to be blissfully unaware of CBD, writes Alex Williams, reporter and feature writer for The Times. Now, judging by the hype, it’s as if everyone suddenly discovered yoga. Or penicillin. Or maybe oxygen.

We’d love your feedback on this newsletter. Please email your thoughts and suggestions to [email protected] And if you haven’t done so, please subscribe to the email newsletter version.

Biden holds intensive talks with Democrats on saving his agenda