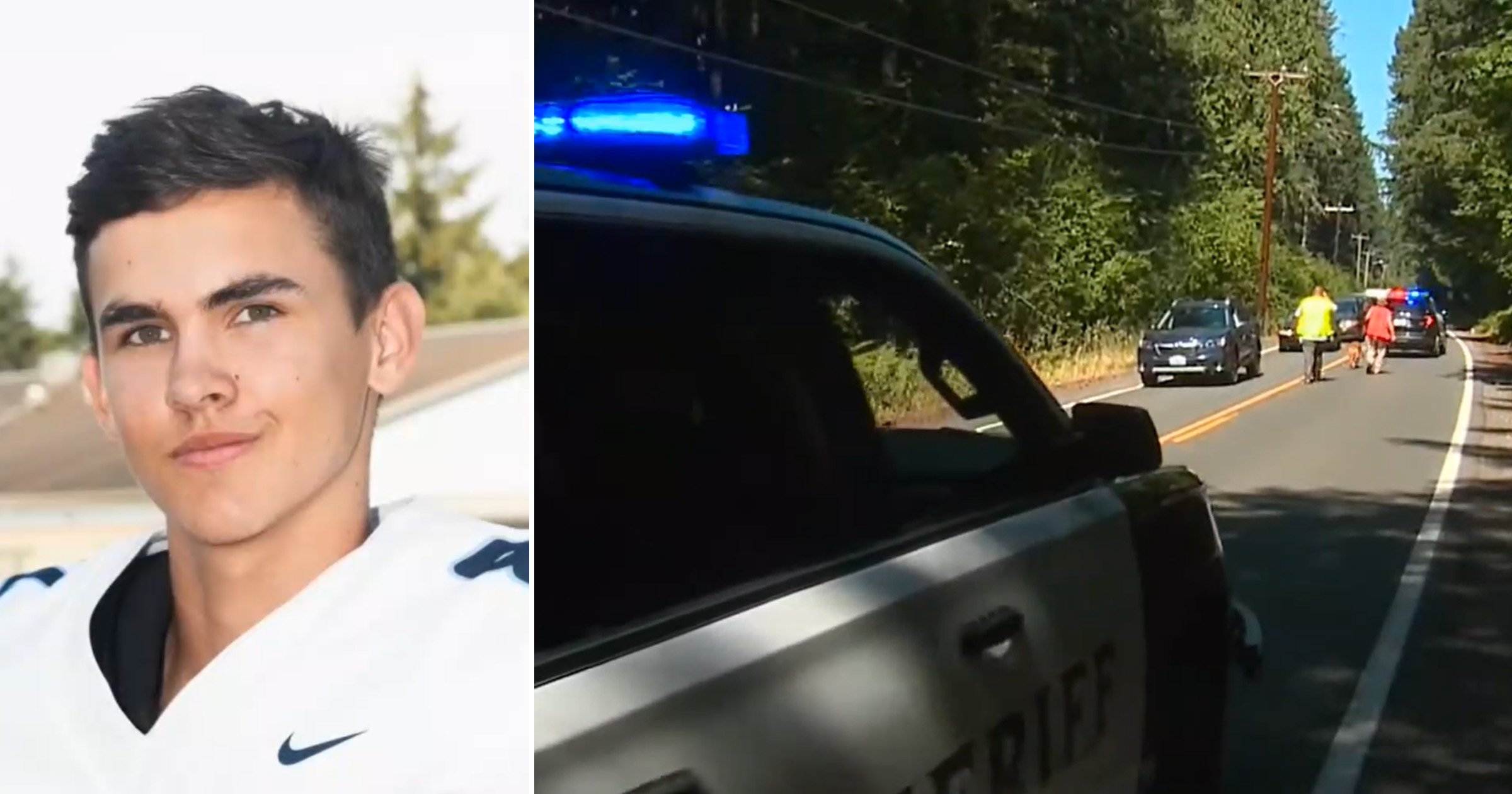 A high school football player has been accused of staging his own disappearance to avoid being charged in the murder of a 51-year-old man who was once in a relationship with his mother.

Gabriel Michael Davies, a 16-year-old student at Olympia High School in Washington state seemingly vanished on his way to football practice last Wednesday, prompting a frantic search for the teen.

After his cellphone had been found smashed alongside his abandoned car, which had blood splattered inside, many assumed the worst. But in a shocking twist, one day after Davies was found, he was booked into a juvenile detention center.

Davies was arrested alongside another 16-year-old, Justin Yoon.

Both teens face first- and second-degree murder charges in the death of 51-year-old Daniel McCaw, who once was in a relationship with Davies’ mother. Both teens are being charged as adults.

Police performed a wellness check on Thursday at McCaw’s home after being told he had not shown up for work in four days, and found the 51-year-old dead with a gunshot wound.

He suffered one gunshot wound to the head and another to the torso. He also appeared to have been stabbed several times in the torso, according to Fox 13.

Davies and Yoon were caught on surveillance camera outside McCaw’s house on August 28, and allegedly entered through an unlocked dog door. They later left, carrying out some of McCaw’s belongings, including a handgun.

Davies’ father told investigators that his son was approached by ‘biker buddies’ of the victim from a ‘specific outlaw motorcycle club’ who made him steal something from the home, according to court documents.

The teen alleged that the bike gang followed him on Wednesday, and that the blood found in his car was spilled when they were threatening him and smashed his face against the inside of the car.

Davies then said the bike gang drove him around and took away his shoes and shirt before ‘roughing him up and releasing him.’

Bail for both Davies and Yoon has been set at $1million. They will appear in court again on October 6.