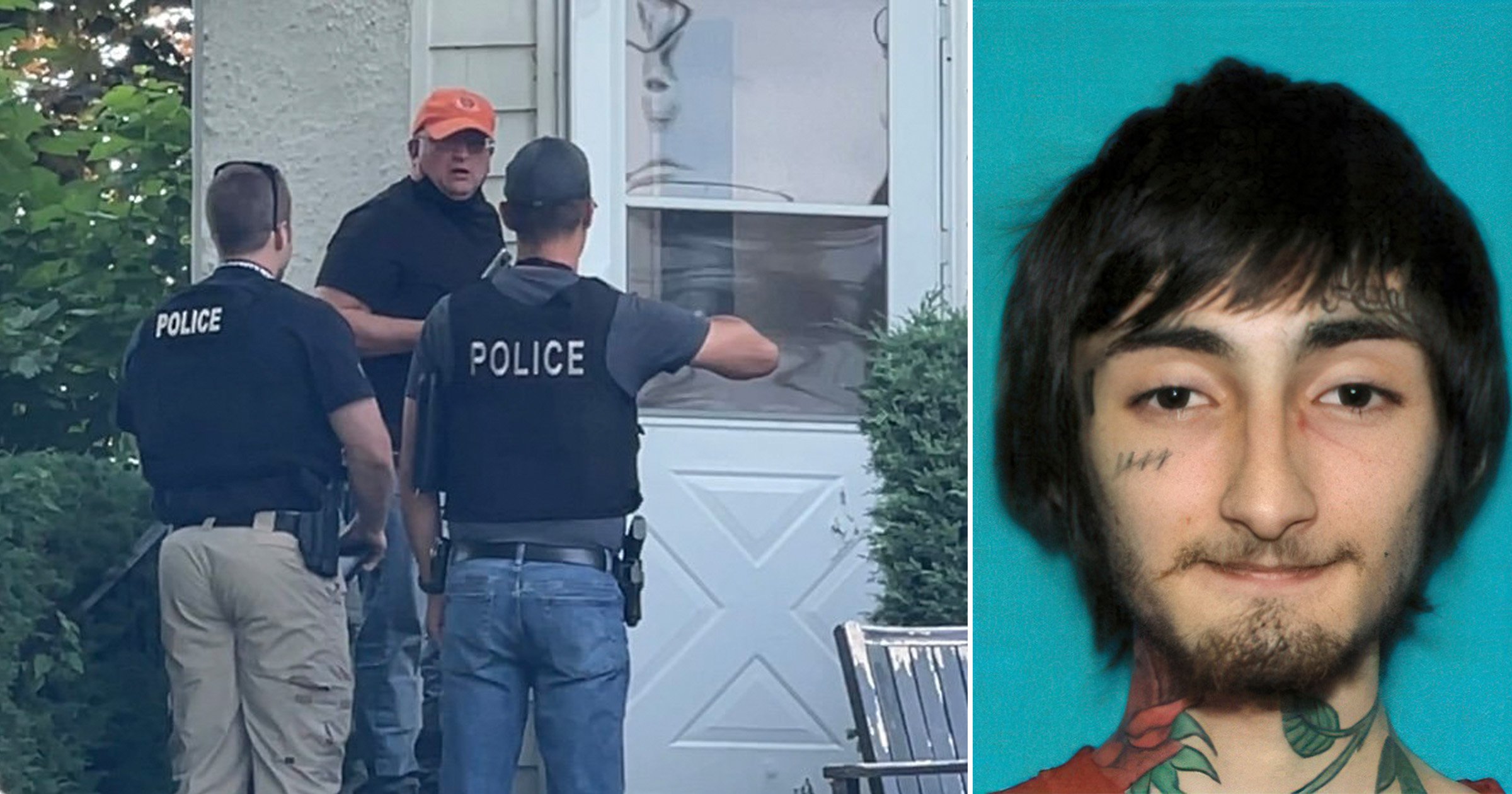 The Highland Park shooting suspect was interviewed by police in 2019 after threatening to ‘kill everyone’ in his family, and in separate incident, himself.

Cops spoke with Crimo and his parents, but the matter was handed over to health professionals, according to Covelli.

Then in September 2019, a member of Crimo’s family reported that he had said he was going to ‘kill everyone’, Covelli said, and that he had a knife collection. Police removed 16 knives, a sword and a dagger from the home.

‘There was no probable cause to arrest and no complaints assigned by the victims,’ Covelli said. ‘They did notify the Illinois State Police.’

Since then, Crimo turned 21 and was able to buy two assault rifles in Illinois, as well as three other kinds of guns. It is not known why the two police visits were not flagged or come up when he legally bought the firearms.

Crimo is believed to have bought the firearms he had on Monday in 2021 and 2020, but officials did not have the exact dates. Covelli purchased five firearms, including a high-powered rifle he allegedly opened fire with from a rooftop of a business.

While Crimo has been speaking with investigators, ‘at this point, there is no definitive motive that he had’ for the massacre, Covelli said.