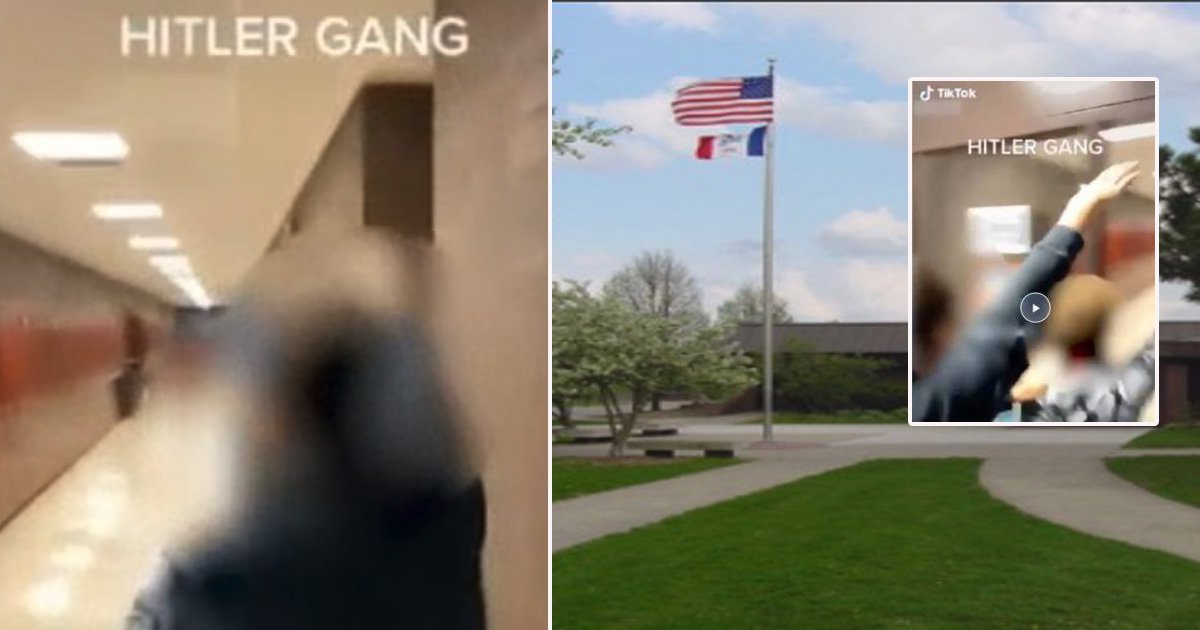 Students at a school in Iowa filmed themselves ‘goose stepping’ around the corridors while doing Nazi-style salutes.

The video – titled ‘Hitler Gang’ – was posted on social media with anti-semitic hashtags and sent directly to a Jewish classmate.

Police are investigating the incident after the video was reported to them by a concerned local resident in Grinnell.

The TikTok shows male students walking through a school hallway in a way that was reminiscent of Nazi marches, with their right arms extended and palms down. It’s not known if it was filmed in the Grinnell Middle School itself.

The Des Moines Register reported that Ori Zaret, 14, was one of those to have been sent the clip and may have been targeted due to his Jewish faith and transgender identity.

‘There aren’t that many Jews in Grinnell to begin with, let alone LGBTQ Jews,’ father Elliott Zaret told the newspaper.

Ori, an eighth grader, told KCCI that we was now ‘kind of scared to go to school.’

It’s thought the students involved have already been punished by the school authorities but the police are continuing to investigate to see if a crime has been committed.

A statement said: ‘The Grinnell Police Department is investigating this incident vigorously and we are committed to ensuring our students are safe and secure while attending school, and in their community.’

Grinnell-Newburg Superintendent Janet Stutz said incidents like this ‘will not be tolerated.’

The video has since been removed from TikTok and other sites.