Days after Lindsey Boylan became the first woman to accuse Gov. Andrew M. Cuomo of sexual harassment in a series of Twitter posts in December, people tied to the governor started circulating an open letter that they hoped former staff members would sign.

The letter was a full-on attack on Ms. Boylan’s credibility, suggesting that her accusation was premeditated and politically motivated. It disclosed personnel complaints filed against her and attempted to link her to supporters of former President Donald J. Trump.

“Weaponizing a claim of sexual harassment for personal political gain or to achieve notoriety cannot be tolerated,” the letter concluded. “False claims demean the veracity of credible claims.”

The initial idea, according to three people with direct knowledge of the events, was to have former Cuomo aides — especially women — sign their names to the letter and circulate it fairly widely.

The letter, which was reviewed by The New York Times, was never released. Ms. Boylan did not immediately elaborate or follow up on her Twitter posts in December, allowing her accusations to fade, along with the urgency of the effort to discredit her. Still, the letter shows that the Cuomo administration was poised to quickly and aggressively undercut Ms. Boylan, a Democrat who is running for Manhattan borough president.

At the time, officials in the governor’s office were aware of another sexual harassment issue involving Mr. Cuomo that had not yet become public.

Six months earlier, Charlotte Bennett, an executive assistant and senior briefer, had told two senior officials in the governor’s office that he had harassed her, asking her probing personal questions including whether she was monogamous and whether she slept with older men.

Ms. Bennett went public with her allegations in The New York Times last month, saying in an interview how she “understood that the governor wanted to sleep with me,” adding that she “felt horribly uncomfortable and scared.”

Ms. Bennett came forward just days after Ms. Boylan had written an essay on Medium, detailing the allegations that she initially made on Twitter on Dec. 13. Ms. Boylan wrote that the governor would repeatedly try to touch her on her arms, legs and lower back, and that he once suggested they “play strip poker.” 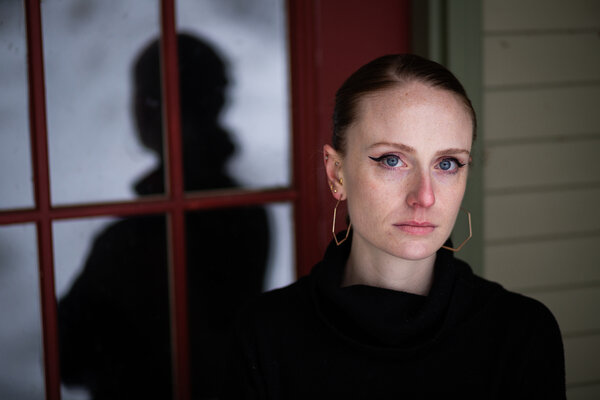 Since then, several other women have accused Mr. Cuomo of inappropriate conduct, from unwanted sexual advances to unsolicited kisses and groping.

The governor has denied ever touching anyone inappropriately and has pleaded with New Yorkers to await the outcome of two separate investigations: one overseen by the state attorney general, Letitia James, and another by the State Assembly. While Mr. Cuomo has suggested that some of his actions or statements may have been misinterpreted, his rejection of Ms. Boylan’s claims has been far more strenuous.

“I believe a woman has the right to come forward and express her opinion and express issues and concerns that she has,” Mr. Cuomo said on Dec. 14. “But it’s just not true.”

Richard Azzopardi, a senior adviser to the governor, said on Tuesday that the administration had no comment on the letter about Ms. Boylan, citing the ongoing investigations.

At least one version of the letter included Ms. Boylan’s text exchanges with some of Mr. Cuomo’s senior advisers last year, in an effort to suggest that she was malicious. The Times is not quoting extensively from the letter, to avoid publishing character attacks that were not made publicly.

The draft extensively disparaged Ms. Boylan and accused her of using her claims for “political retribution.”

The initial plan for a letter about Ms. Boylan illustrated how the Cuomo administration was prepared to launch a broader effort to damage her credibility.

The approach appeared consistent with a culture of intimidation from the governor’s office that former aides have described, and Ms. Boylan was clearly a target.

Unresolved, high-profile US elections in Georgia, Florida and Arizona could be headed to recounts

The Rockettes and Race: A Very White Christmas