Home » Americas » How Diverse Are This Year’s Oscars? 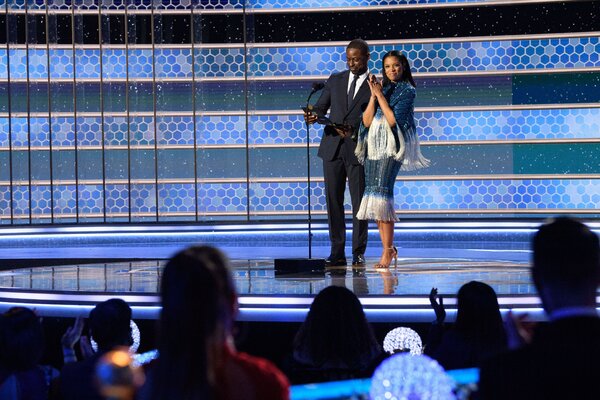 Happy April! As spring settles in over Hollywood, this year’s awards season is getting set for a delayed Academy Awards later this month. If the declining viewership of this year’s Golden Globes is any indication, the Oscars could be in for a tough test, especially after last year’s dismal viewership. The Globes were also plagued by technical glitches, while the Hollywood Foreign Press Association, which runs the Globes, faced intense backlash after issues of diversity among its membership and improper payments came to light.

But unlike the Globes, this years Oscars field is being hailed as one of the most diverse. Five years after the movement #OscarsSoWhite railed against the Academy for its lack of representation, could the show be turning a corner?

“We’re heartened to see many of the firsts,” said Tina Tchen, the leader of Time’s Up, told me this week. The organization, which was founded to address equity in the workplace after the sexual harassment case against Harvey Weinstein, was outspoken about the lack of diversity at this year’s Golden Globes. Ms. Tchen said that the Academy of Motion Picture Arts and Sciences had been working hard to make changes over the past five years, and that it shows. “To give the Academy credit, they understood this was a lot more than just representation — it was about doing the deep work about being truly inclusive,” she said.

The differences between the Hollywood Foreign Press Association and the Academy in terms of approaches to diversity are stark, said Mark Young, a professor at U.S.C.’s Marshall School of Business. While the Academy has grown its voting member ranks to more than 9,000 in 2021 from nearly 6,000 in 2015, Mr. Young said, the H.F.P.A. has fewer than a hundred members — many of whom are not journalists, as was originally intended, and none of whom are Black.

“The H.F.P.A. should have seen this coming,” Ms. Tchen said. “This is not new news to anyone who’s been paying attention over the course of the last several years. Especially in the last year, I think every institution in America has been paying a lot of attention to racial justice and to gender justice and equity and inclusion.”

Coming off the Globes, then, the Oscars field stands apart with several milestones and firsts, broadening the range of storytelling that Hollywood celebrates. Even with new rules and guidelines in place that are not even in effect yet, the Academy has highlighted underrepresented communities and stories this year.

And in a year that has been marked not only by the pandemic’s obliteration of theatrical releases, but also with a frightening rise in violence against Asian-Americans, the message of this year’s show is seen by many as hopeful.

Hollywood and the media have long furthered stereotypical depictions of Asians, said Mr. Young, which has given Americans the perception that Asians fit into boxes — including the model-minority myth leading to depictions of Asians as doctors or nerds or even comic relief. “It’s messed with people’s heads in such a way that Asian-Americans are marginalized, and they’re not considered to be mainstream or positive,” Mr. Young said.

But with the nomination of films like “Minari” or the recognition of the filmmaker Lee Isaac Chung and the actors Steven Yeun and Riz Ahmed, the journey to breaking down those stereotypes, especially of Asian men, is progressing.

“I am encouraged,” Ms. Tchen said of this year’s Oscars nominees. “We should celebrate progress when it happens,” she said, and “also use it as a moment to double down on the efforts.”

Here are a few of the many firsts from this year’s pool of nominees:

Nine actors of color are nominated

The lead and supporting actor categories amount to 20 nominations, so this is nearly half. And of the nine, six nominees are Black actors, after there was only one last year.

Two Black women are up for best actress

For the first time in 50 years, there are two Black nominees in this category. Andra Day is being recognized for her role as Billie Holiday in the Hulu biopic “The United States vs. Billie Holiday,” while Viola Davis got the nod for her role in “Ma Rainey’s Black Bottom.”

This is Ms. Davis’s fourth Oscar nomination, which makes her the most nominated Black actress ever.

[Most of this year’s top Oscar contenders can be watched at home. Here’s where to find them.]

Two men of Asian heritage are up for best actor

It’s been nearly 20 years since a man of Asian heritage notched a best actor nomination at the Oscars. This year, there are two — which has never happened. Steven Yeun is nominated for “Minari,” while Riz Ahmed, a Briton of Pakistani descent, was recognized for “Sound of Metal.”

Both Mr. Yeun and Mr. Ahmed are first-time nominees, and their films are also nominated in the Best Picture category.

Chloé Zhao, who directed “Nomadland,” and Emerald Fennell, who helmed “Promising Young Woman,” scored nominations in a category that has rarely featured women: Before this year, only five female filmmakers had been recognized.

Ms. Zhao is the first woman of color ever nominated in this category.

Speaking of the Oscars, our reporter spoke to Paul Raci, who just earned his first Oscar nomination at age 72 for “Sound of Metal.” [New York Times]

The Los Angeles County Sheriff’s Department said it had determined a cause for the crash that seriously injured Tiger Woods, but wouldn’t divulge it publicly. The investigation is now over. [New York Times]

A dead gray whale was found Wednesday in the San Francisco Bay. Officials will conduct a necropsy to determine a potential cause of death. [S.F. Gate]

A 27-year-old man was charged with setting fire at a homeless encampment in 2019, leading to a brush fire that injured three people. [Los Angeles Times]

The first lady, Jill Biden, traveled to California on Wednesday to mark the birthday of César Chávez by visiting a pop-up vaccination site for farmworkers. [New York Times]

The authorities charged a man on Tuesday with coordinating a smuggling attempt that resulted in the deaths of 13 Mexican and Guatemalan citizens. The victims were riding in an S.U.V. that was transporting 25 people when it crashed last month. [New York Times]

Thirteen counties moved into a less restrictive reopening tier on Tuesday, paving the way for more reopenings across the state. Only three counties remain in the most-restrictive purple tier, while populous counties like Los Angeles and Orange moved into the orange tier. [California Department of Health]

California Today goes live at 6:30 a.m. Pacific time weekdays. Tell us what you want to see: [email protected]ytimes.com. Were you forwarded this email? Sign up for California Today here and read every edition online here.

Priya Arora was born and raised in the San Fernando Valley, and graduated from U.C. Irvine. They are currently a social media editor on the Audience team, and also write about South Asian pop culture for The Times.

Angry bison charges at girl, 9, tossing her high into air at national park