Home » Americas » How N.Y.C.’s Population Expert Says the City Will Bounce Back

In nearly three decades as New York City’s chief demographer at the Department of City Planning, Joseph J. Salvo has been the top expert on the city’s population, providing data and analysis of the city’s always-changing populace to help city officials, community organizers and journalists understand the most diverse city in the world.

Who is being overlooked in the census count and how can they be included? How should the city redraw a school zone? Which polling places need foreign-language speakers — and what languages should they speak? Mr. Salvo has had the answers.

Days before his retirement on Thursday at age 65, Mr. Salvo, the son of Italian immigrants in the Bronx, shared his predictions for New York City as it emerges from the pandemic — and confronts the biggest economic crisis the city has seen since the 1970s. The following is an edited conversation.

You know the city better than almost anybody. What are the effects of the coronavirus pandemic and what comes next?

There is so much talk of people leaving the city. There has been temporary dislocation, but I think it’s mostly a phenomenon among people who have the resources to move. If you ask me what the real threat to the city is, I will tell you the real threat is that we stop attracting immigrants.

The city’s population boomed early in the last decade. But, starting in 2016, immigration to the city starts to go down substantially. We are talking about a 46 percent decline in the number of immigrants coming to the city. Half of the births are to immigrant women. So births are down, too. All of this has caused the population to decline. The biggest fear I have with Covid is New York not being a magnet for those people with the greatest aspirations. But the hope is that under the new administration, the immigrant population will resurrect itself.

Why is that important?

I lived through the 1970s in the city. New York City was in the throes of a major crisis. The city was broke. There were a lot of people who were down on the city and a tremendous loss of population. From 7.9 million people it went all the way down to 7.1 million people in the course of a single decade. At the same time, 800,000 immigrants came to the city. It was true that New York City was in terrible shape, but it also offered a lot of opportunities. The city rose up and prospered, largely on the backs of immigrants. So we have been in this cycle before.

Judging from how the city came back from the abysmal 1970s and built itself back up in the ’80s and ’90s, it will happen again. The city will rise. It will rise through the power of immigration. 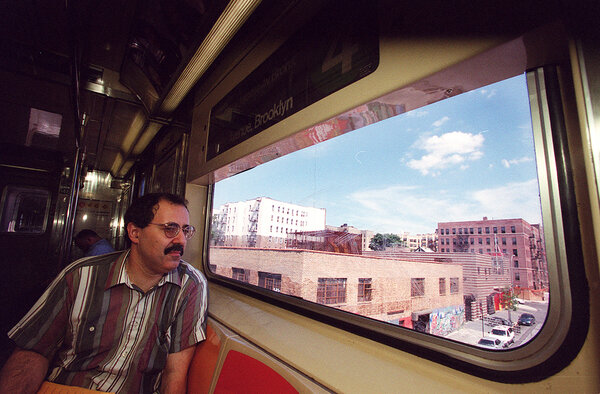 Working-class immigrants were one of the groups hit hardest by the pandemic. Why? And what will that mean for recovery?

In the pandemic, they are trying to make a living and coming home and living in close proximity to other people. And they work the cash-only jobs, service jobs, services in buildings, home health aides, that we start to lose. Our growth is going to depend on giving support to these immigrants, many of whom suffered and lost family members.

What do you think the city should do to support a recovery?

The questions we are looking at today are access to housing, equity and fairness, and those issues need to be tackled head on. Those issues are now on the front burner. Housing is something to watch. People are living in overcrowded housing situations, and I think that’s one of the reasons the crisis was so bad.

What’s the best bet for a recovery?

What we pray will happen is that the city will come back with a ferocity we have never seen in food, beverage, entertainment and hotels. All of that is going to come back. And hopefully the immigrant population will prosper because of that. That’s the key.

What does the city look like on the eve of your departure?

The city is 37 percent foreign-born, and if you add the next generation, it’s more than 50 percent. We have more than three million immigrants. The largest groups are from China, Dominican Republic and Mexico. We have a mix that is much more varied than in other places. Don’t be fooled by percentages. If someone says that only 2 percent of the city’s population not proficient in English speaks Arabic — that’s more than 35,000 people who need assistance learning English!

You worked to make sure hundreds of thousands of New York City addresses were added to the Census Bureau’s address list. And you were brought in as an expert witness in the legal challenge to the Trump administration’s effort to add a citizenship question to the census in 2019. Why is the census important?

The New York attorney general realized they needed someone in court to show the damage that could be done, if there was a citizenship question. I ended up live, in court, with a map. “Look at this map. If the census doesn’t get a good response, look at the damage that gets done.” That is a major point in my career because the outcome was favorable. I feel like I was defending my father and the people that came before, and after me.

And the address list for New York City is the best it could ever be. That’s my pride and joy. Being able to get the city its fair share of representation.

How can the next chief demographer help New York City to bounce back, and perhaps help counter xenophobia and racism?

17 Cyclists Have Died This Year. New York City Has a Plan to Try to Prevent More.

A Summer Camp on the Border, Where the Border Crisis Feels Far Away