New Mexico, which has one of the highest poverty rates in the U.S., is a vaccination pacesetter thanks to decisive political decisions, homegrown technology and cooperation across distances. 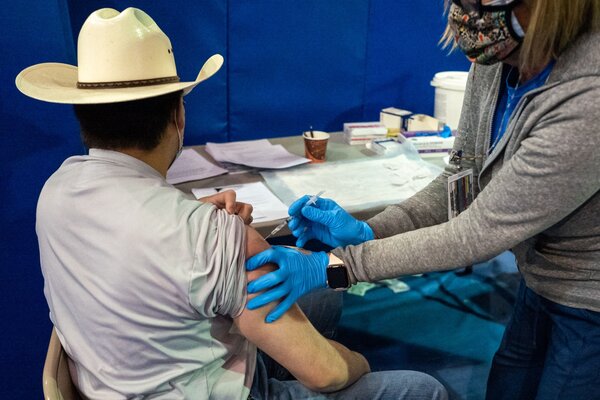 ALBUQUERQUE — Despite having one of the highest poverty rates in the country, New Mexico is surging past states with far more resources in the race to achieve herd immunity against the coronavirus.

After New Mexico put into motion one of the most efficient vaccine rollouts in the United States, more than 57 percent of its adult population has now received at least one dose of the vaccine, according to the Centers for Disease Control and Prevention. New Hampshire is the only state with a higher vaccination rate. Nearly 38 percent of New Mexico adults are fully vaccinated, more than any other state.

The feat is providing some relief in a state where Hispanic and Native American residents — — groups that have been among the hardest hit by the coronavirus — together account for 60 percent of the population. Going into the pandemic with a dearth of financial resources compared with richer states, and vulnerabilities like having fewer hospital beds per capita than nearly every other state, the authorities in New Mexico saw the vaccine as their most powerful weapon to stave off an even more harrowing crisis.

“It was superimportant for us to get it right because we are a more resource-challenged location,” said Dr. Meghan Brett, an epidemiologist at the University of New Mexico Hospital.

Infectious disease experts attribute New Mexico’s vaccine success to a combination of homegrown technological expertise, cooperation between state and local agencies and a focus by elected officials on combating the virus.

Since vaccines began rolling out in December, new cases of the coronavirus in New Mexico have plunged to fewer than 200 a day from nearly 2,000. Deaths have declined to fewer than five a day from an average of more than 35. In the state’s nursing homes and assisted-care facilities, the average number of deaths each day has fallen from 10 to fewer than one. 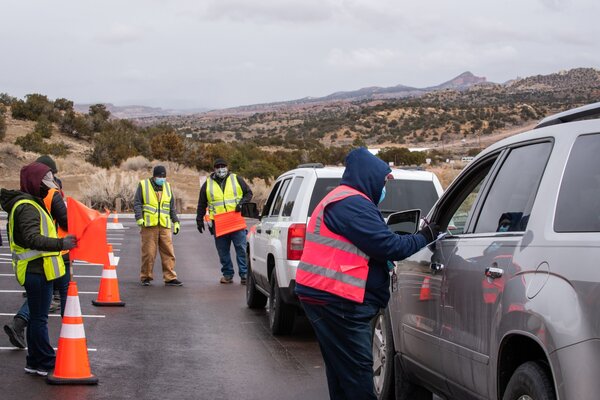 Gov. Michelle Lujan Grisham, a Democrat and former state health secretary, set the tone of New Mexico’s pandemic response over the past year by adopting significant social distancing measures from the start of the crisis, despite fierce opposition from critics. Many of those restrictions, such as mask mandates, remain in place.

Opinion surveys have shown broad support for the governor’s actions. Protests against her policies have not been as contentious as those in other states, though they have grown into a recurring feature of New Mexico’s politics over the past year. It is common to drive past storefronts in parts of the state with signs that proclaim “No MLG.”

“She’s done a really good job at managing her optics, and that’s what politicians do these days,” said Matt Simonds, the founder of an Albuquerque distillery and brewery that went out of business after social distancing restrictions were introduced, costing 11 people their jobs. Mr. Simonds said he blames Ms. Lujan Grisham and her administration for policies that have taken a toll on his well-being.