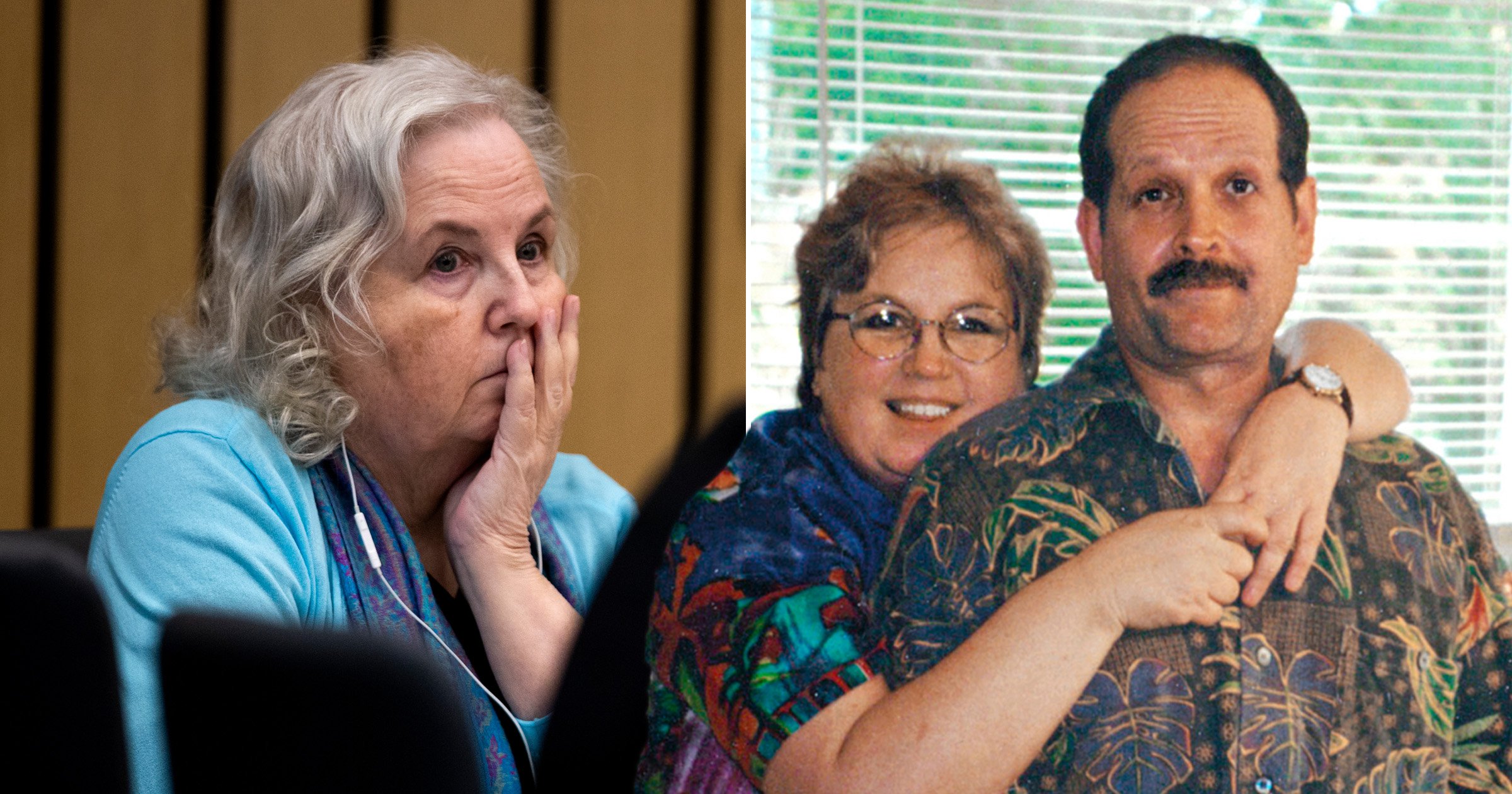 The author of an essay titled ‘How to Murder Your Husband’ was convicted in her husband’s killing on Wednesday.

A jury of seven women and five men found romance novelist Nancy Crampton Brophy, 71, guilty of second-degree murder in the death of her husband, Daniel Brophy.

Daniel, 63, was shot dead in 2018 at the Oregon Culinary Institute, where he worked as a chef and cooking instructor.

After the verdict was read, his mother said she felt justice was served.

‘I’m just very, very thankful that everything had turned out the way it has,’ his mother, Karen Brophy said. ‘It’s been a long three and a half years.’

Several of Daniel’s family members testified during the seven-week trial, including his mother and his son from a previous marriage.

‘We’ve all been waiting three and a half, almost four years now to start grieving this loss,’ said his son, Nathaniel Stillwater. ‘To finally have some closure has been very important and meaningful for our family, and feel that we can start to move on and remember my father always, but begin that process of starting to grieve.’

During the seven-week proceedings prosecutors built their case showing how Crampton Brophy had acquired gun pieces in the months before killing her husband, and how following his death collected a generous amount of his insurance money.

Prosecutors argued that the couple was stuck in ‘financial despair,’ which prompted Crampton Brophy to shoot her husband to obtain his $1.4million life-insurance payout.

Multnomah County Senior Deputy District Attorney Shawn Overstreet told jurors the romance author was motivated by greed, and that she ‘executed what she perhaps believed to be the perfect plan.’

However, Crampton Brophy argued that she had no reason to kill her husband and that they had solved their financial troubles by cashing some of his retirement savings plan.

Her defense also argued that she had purchased gun parts as part of research for a novel she was writing. She said that her presence near the culinary school the day Daniel was killed was a coincidence, and that she was in the area to work on her writing.

While the culinary school where Daniel taught had no security cameras, nearby traffic cameras caught Crampton Brophy’s car on city streets near the institution around the time of the shooting.

According to prosecutors she followed her husband to work and shot him with a Glock 9mm handgun. Shell casings from that kind of gun were recovered at the scene of the crime. She also bought a ‘ghost gun’ kit online before the shooting.

Prosecutors alleged she swapped the barrel of the gun she used in the shooting and tried to discard it.

Crampton Brophy was arrested in September 2018, and her trial began on April 5.

The judge in the case had ruled that the essay Nancy self-published titled ‘How to Murder Your Husband’ would not be included as evidence as it was published in 2011. A prosecutor still alluded to the essay’s themes without naming it when Crampton Brophy took the stand.

A sentencing has been scheduled for June 13.